Tour the ‘Paper Caves’ in Honesdale

HONESDALE — This weekend, an artist in Wayne County will unveil her latest work. It’s not a painting or a mural — more like an architectural s... 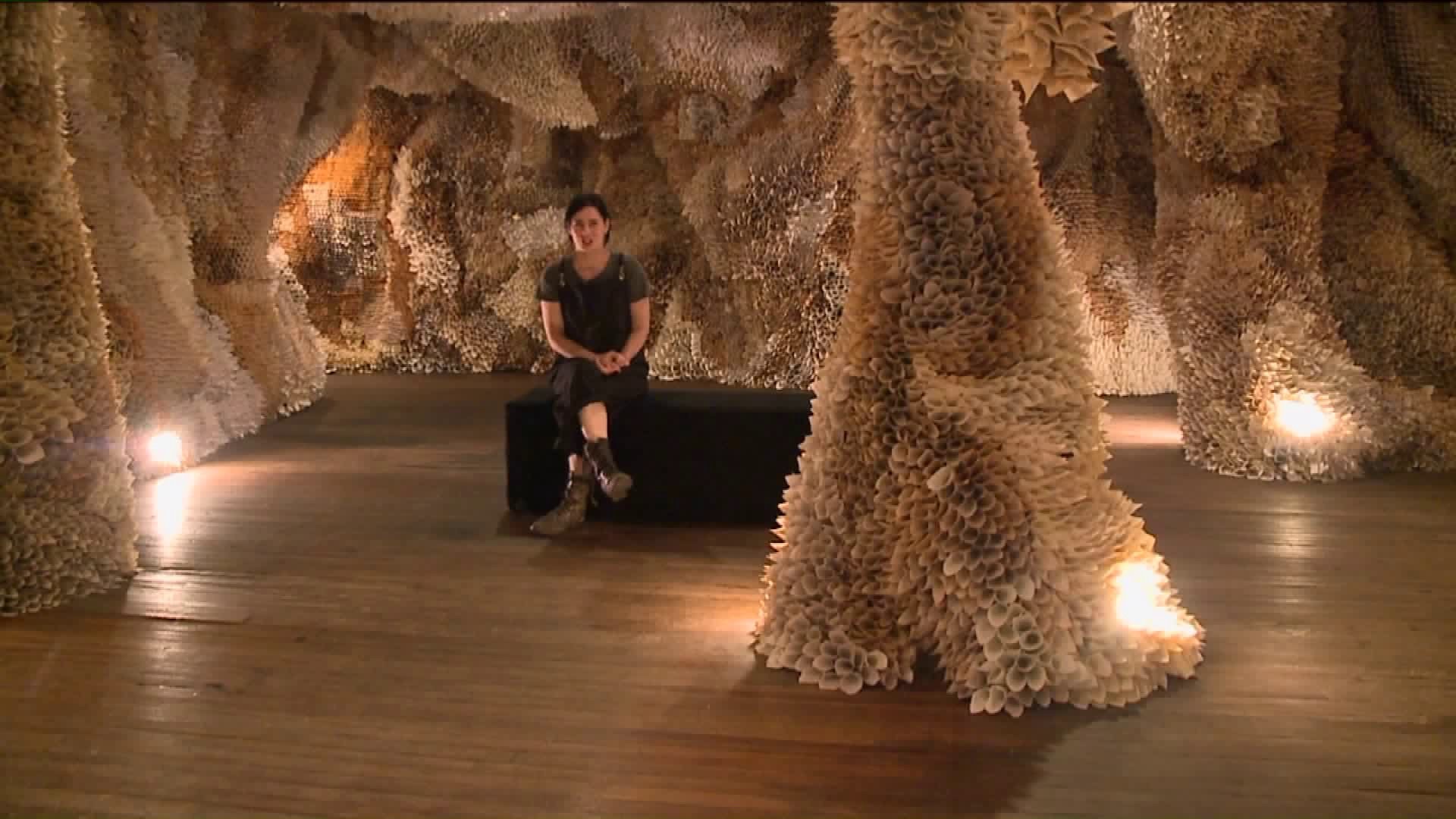 HONESDALE -- This weekend, an artist in Wayne County will unveil her latest work. It's not a painting or a mural -- more like an architectural sculpture turning the first floor of her place in Honesdale into the "Paper Caves."

Since late April, the inside of Basin and Main in downtown Honesdale has undergone a transformation. Take a step inside and you're immediately enveloped in "The Paper Caves."

Artist Samuelle Green envisioned it all -- roughly one million pages from books hand rolled and glued into place. It's set to open to the public this weekend.

"It was fantastic. I had so much help from the community and friends and family putting the whole project together," Green said.

Green has done something like this before but on a much smaller scale.

In order to create this ornate, mesmerizing space, she enlisted helping hands from volunteers and raised money online.

"This is the largest scale sculpture I've made. (It was an) Interesting process, learned a lot from it.

After months and months of painstaking work behind the windows and walls at Basin and Main, Samuelle Green and her band of helpers have created something that's somewhat a reflection of the outside world.

"It was based on the idea that humans take so much from the natural world, structure, and design in it and use it for themselves but often forget where it comes from."

Whether it looks like a beehive or coral reef, folks will now have the chance to see the finished product. "The Paper Caves" will be open Saturdays and by appointment.

Green plans to host events amongst the undulating walls of the caves which eventually will come down so she can start in on a new project.

The big question is how.

"Yeah, I'm not sure yet. I have this idea I can cut it all apart and take it out the front door. I don't think that's going to happen," Green said.

"The Paper Caves" exhibit is free to the public open Saturdays and by appointment through at least November.