Teen Gets Probation for Deadly Crash

HONESDALE — The teen behind the wheel without a license when she crashed, killing three boys in Wayne County learned her punishment Tuesday afternoon. The... 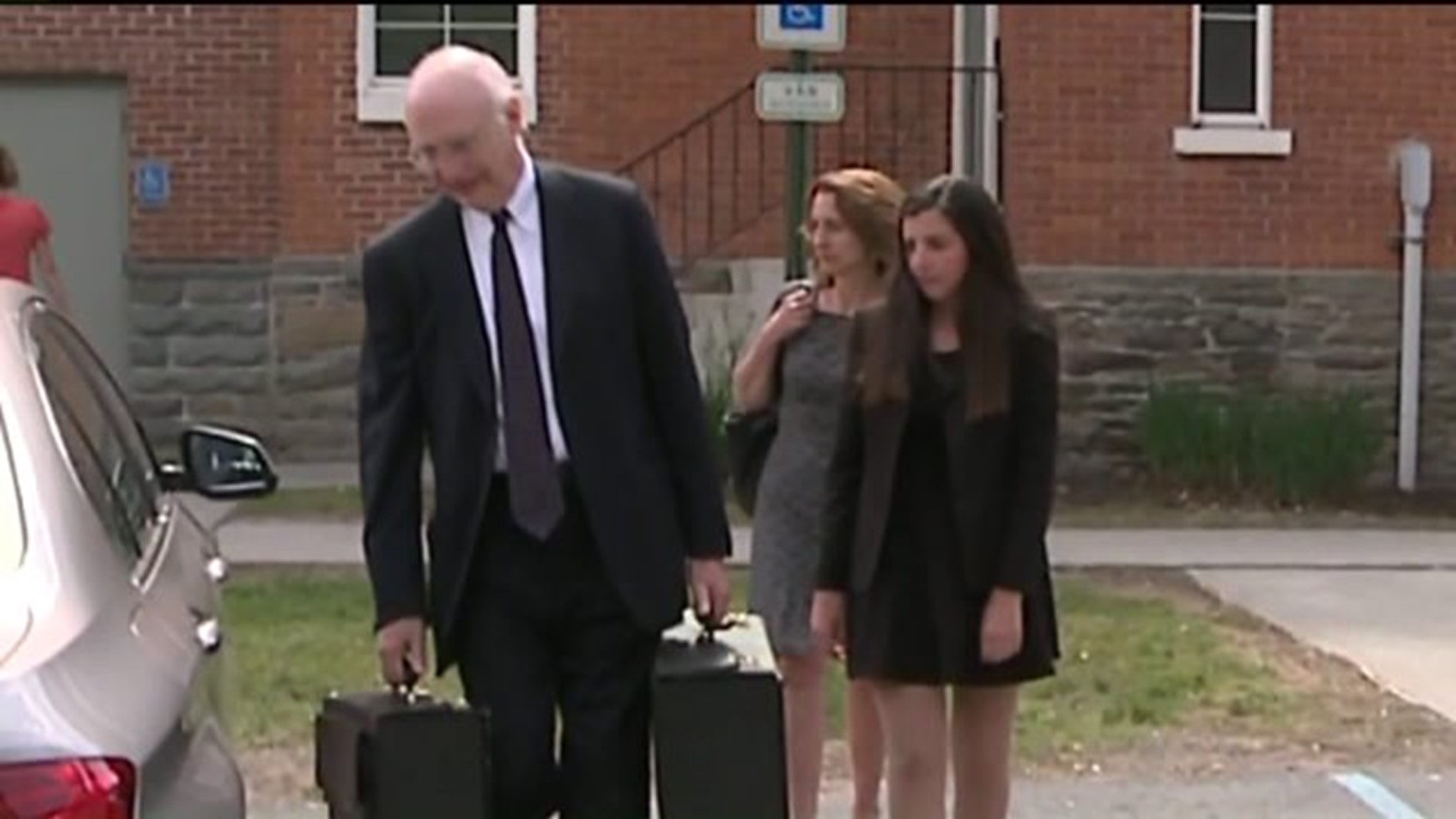 HONESDALE -- The teen behind the wheel without a license when she crashed, killing three boys in Wayne County learned her punishment Tuesday afternoon.

The teen driver said she's sorry to the parents of those teens.

Julia Ware listened as a mother and a sister of two of those victims spoke about the agony they've felt since the deadly crash on Labor Day weekend.

Now the teen from the New York City suburbs will be on probation possibly until she's 21, but she'll live with the tragedy her whole life.

She was behind the wheel of the vehicle in late August when it rolled near Hamlin. Three boys from Bucks County died just as they were about to start their sophomore year: Ryan Lesher, Shamus Digney, and Cullen Keffer.

"We hope Miss Ware learned a valuable life lesson for all this, and she understands that she hurt a lot of people, created a lot of sadness and misery," said Joe Keffer, Cullen's father.

There were few if any dry eyes in the courtroom as family spoke of the boys, young athletes with promising futures and big, caring hearts.

Ware was 15 when the crash happened. Her father gave her permission to drive, according to troopers.

A judge chose probation as a punishment for Ware, along with community service. She's also required to write apology letters and pay thousands in restitution.

"This girl is going to be devastated the rest of her life because her father chose to act as a buddy rather than a father," said John Stieh, Ware's attorney.

Families of the three victims left the Wayne County Courthouse, vowing to be back to see Ware's father, Michael, go on trial. That's scheduled for July.

"He needs to be convicted and sentenced to fullest extent of the law," added Keffer.

Still, Ryan Lesher's parents said they believe Ware got off easy. But the judge said juvenile detention is not the right place for her and the district attorney agrees.

In court, Ware told the judge she thinks about the crash and the three victims every day and that she wishes she had been the one to die.

In addition to probation, Ware will not be able to get a license until the court decides she can drive.

Again, her father is set to go to trial this summer.