HONESDALE, Pa. — A female student at a high school in Wayne County claims her privacy was violated and she was subjected to sexual harassment all because ... 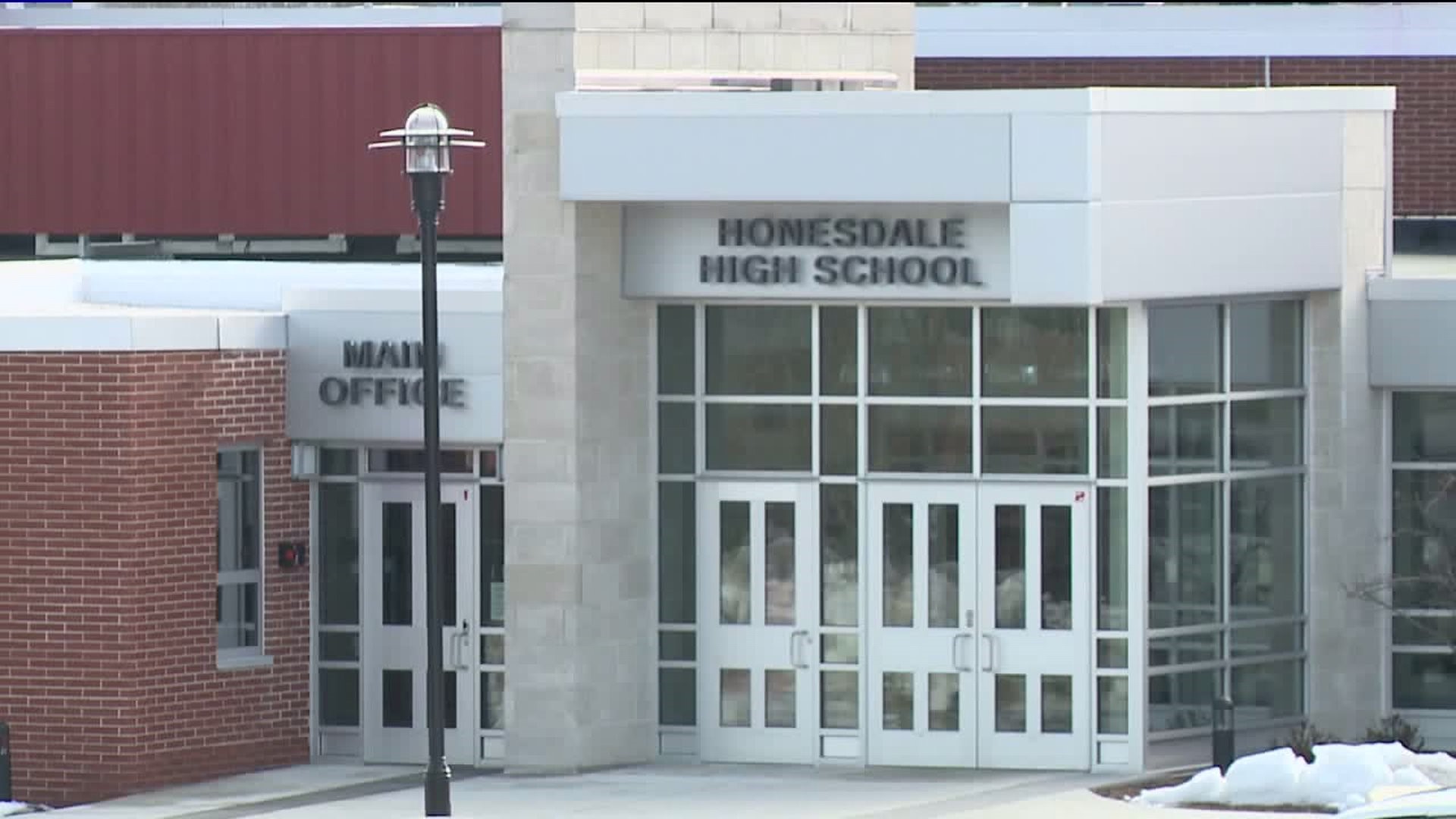 HONESDALE, Pa. -- A female student at a high school in Wayne County claims her privacy was violated and she was subjected to sexual harassment all because a transgender student used the same locker room.

Attorneys for that high school student in Wayne County filed a formal complaint with federal authorities on Thursday claiming her civil rights were violated.

According to the complaint filed with the U.S. Department of Education's Civil Rights Division, this all stems from an incident at the beginning of this school year at Honesdale High School.

Lawyers for the Honesdale High School student posted a video online along with their complaint alleging the school's policy on transgender use of locker rooms violated the girl's civil rights.

"Opening up restrooms and locker rooms to members of the opposite sex is sexual harassment. Like most forms, the girls have little power over their situation," said attorney Andrea Shaw.

The female student and her parents aren't identified in the video and their names are blacked out in the complaint.

According to that complaint, the girl was in the locker room back in September and saw the transgender student while both were undressing.

"I glanced down and could tell that he was wearing women's underwear and what was underneath it."

The Wayne Highlands superintendent says he's not able to comment on this incident or complaint but does say the district's policy is in keeping with a recent court decision allowing trans students to use the facilities of their choosing. Now, the Supreme Court is expected to take up that case. If it doesn't, it will remain the law of the land.

"There should be a policy because all students have rights. We have to be sensitive and make sure those rights aren't violated," said Joyce Kocsis of Beach Lake.

While there's been plenty of reaction to the complaint on social media, few people we approached would speak on camera about the situation but told us off camera that they support the girl and her family.

But there are some who are in favor of the current policy.

"I don't think there's anything wrong with someone who identifies as a woman changing in the women's locker room because that's how they feel, that shouldn't be judged, I don't think they're trying to be sexual or harass anyone by doing that. I think that's their right," said Elizabeth Ritter of Beach Lake.

Attorneys for the female student in the complaint hope the feds investigate the Wayne Highlands School District.

However, the Supreme Court could end up deciding a similar case which equal rights advocates say would settle the matter once and for all.