Stourbridge Line Back on Track in Wayne County

HONESDALE — A piece of history got back on track Saturday in Wayne County and on National Train Day of all days! Honesdale welcomed back “The Stourb... 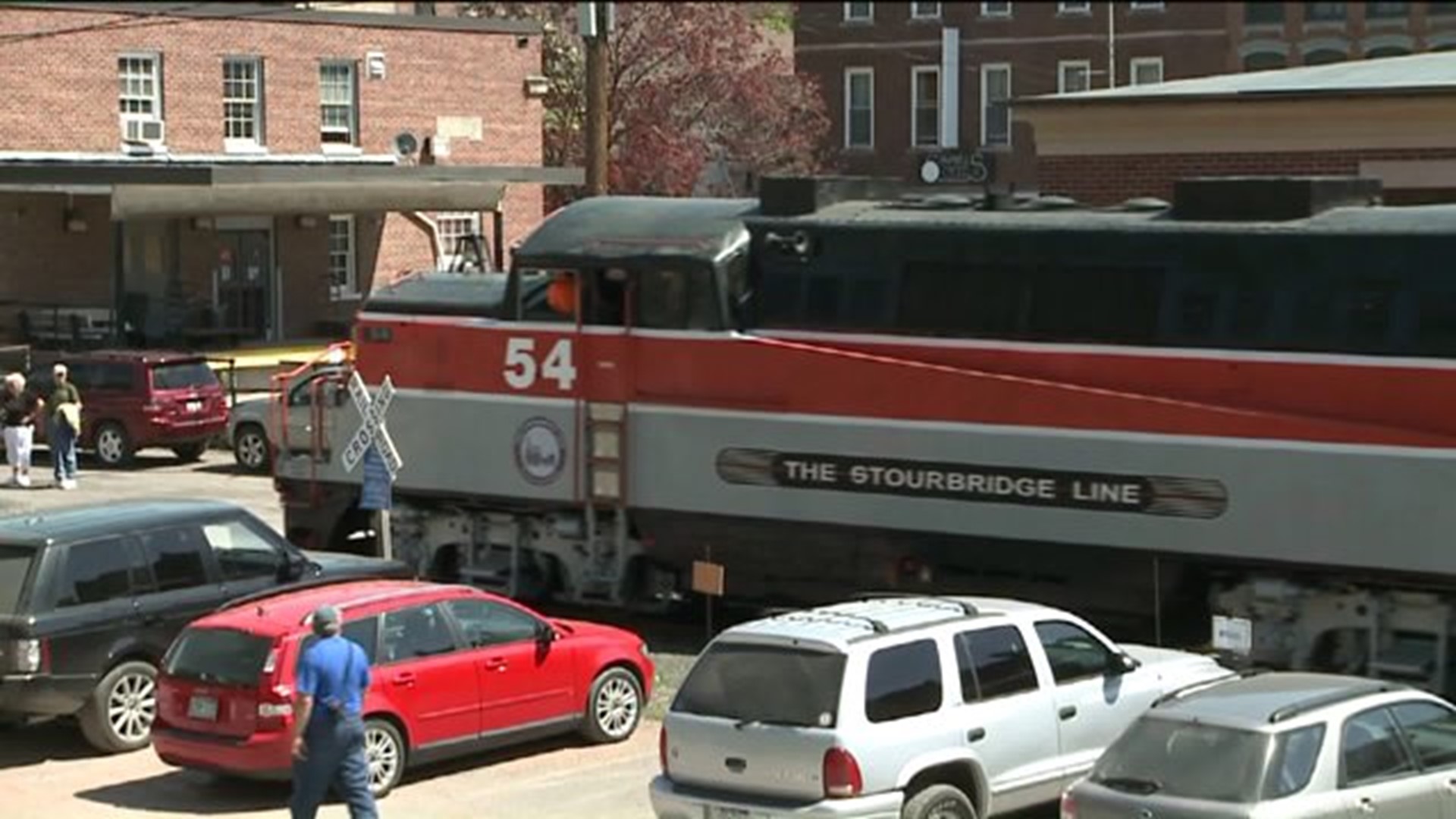 HONESDALE -- A piece of history got back on track Saturday in Wayne County and on National Train Day of all days!

Honesdale welcomed back "The Stourbridge Line."

It's been about four years since folks in Honesdale heard the sound of the Stourbridge Line and some feared they would never hear it again.

"A couple years ago when someone talked about pulling up the tracks, I said if they pull them up they'll never be back," said Sharon Kittner.

Jeff Hiller, from Trackside Grill, said, "And when the train left, it was a big loss, a hole in the community. So, we're happy that it's back. This man has a lot of enthusiasm. And he's going to do a lot of things that we never saw before."

A private railroad company, headed up by Tom Myles, brought back the train and restored it to what it once was. The new owners revealed it to the community, appropriately, on national train day. Excursions for the public will start memorial day weekend.

"It's an absolute thrill to see everybody here. I'm so excited, not only about the town and the county's support but the people's support as well," said Tom Myles, Stourbridge Line. "They are really having a good time and they love what we've done to the equipment."

A lot of the people who came to show their support have history with this old train. One of its former conductors took the first trip with his daughter.

"The first ride was good, they got everything cleaned up nice. They did a lot of track work, nice smooth ride, yeah. Real good," said former Stourbridge Line conductor Mike "Breezy" Bischack.

Bischack's daughter Katie added, "It was really great, it was a big blast from the past and it was nice to see him enjoying what he used to work on years before. So, it was a great thing to see."

Others have history with the railroad and wanted to see this train come back to life.

"My husband was an engineer for 39 years, and my grandfather was a crane operator on the D & H Railroad out of Oneonta, New York. So, I'm happy to be here," added Kittner.

When the rails start to see regular traffic at the end of the month, officials in Wayne County expect more foot traffic in downtown Honesdale and Hawley.