HONESDALE, Pa. — It won’t be long until a massive hospital expansion project in Wayne County will be complete. The project has taken a couple of yea... 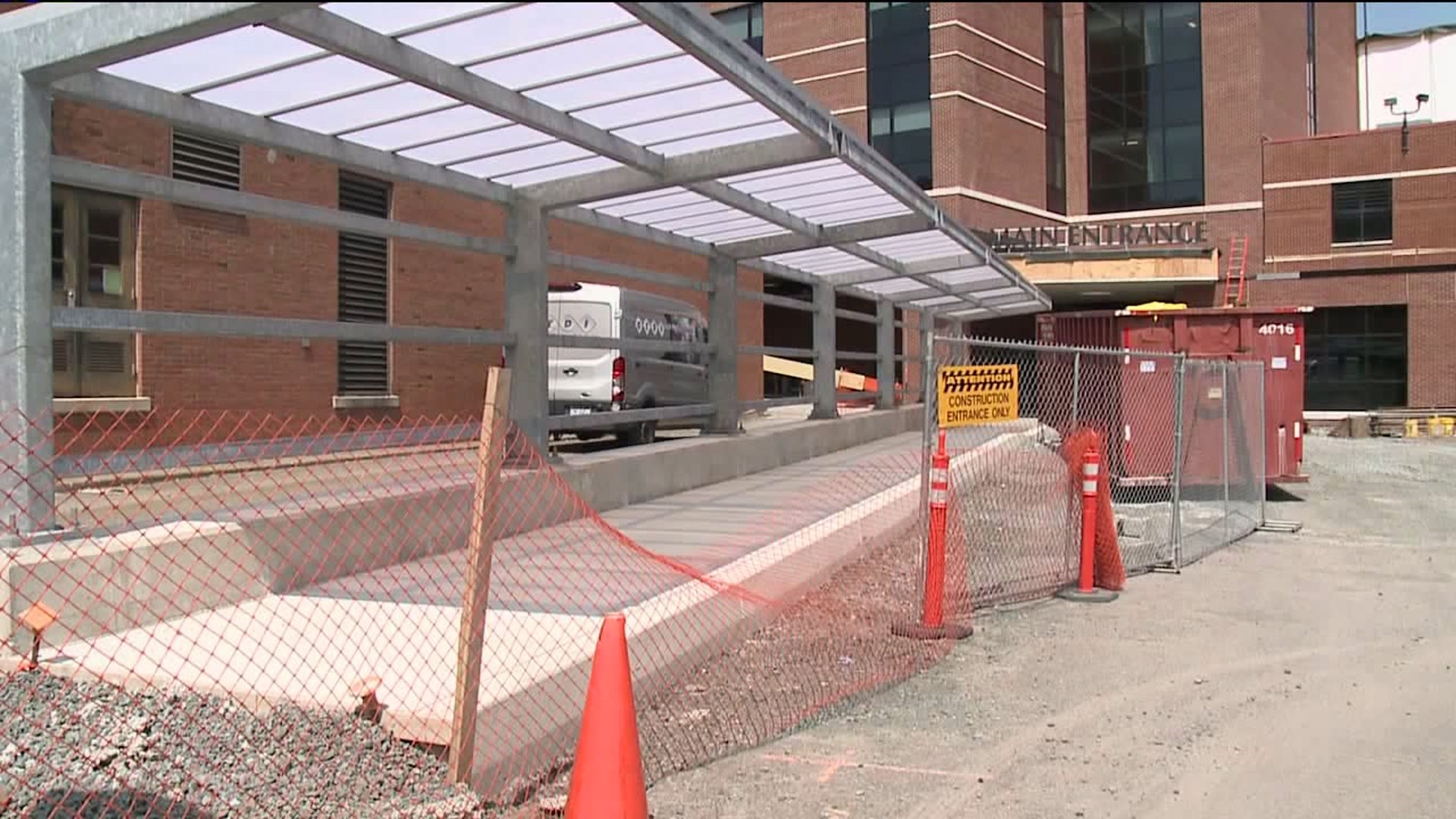 HONESDALE, Pa. -- It won't be long until a massive hospital expansion project in Wayne County will be complete.

The project has taken a couple of years but construction on the new patient tower is finally nearing the end, practically doubling the size of Wayne Memorial Hospital and adding lots of high-tech upgrades for patients.

This was the first time employees got a look inside the roughly $40 million expansion at Wayne Memorial Hospital in Honesdale -- two floors with 50 private rooms for patients make a considerable upgrade for this rural hospital.

"It's a game changer for patients, staff, everybody, a refreshing change," said nurse Tara Korb.

From the outside, you can tell how much larger this hospital is now. Crews are on pace to have the entire project complete by fall and employees are impressed with what they see.

"I've been to Geisinger. I've been to Lehigh Valley. I think very comparable color-coded call bells, bariatric rooms will be helpful," Korb said.

New rooms at Wayne Memorial are equipped with some state-of-the-art technology that allows doctors and nurses to move patients to different locations with a lot of ease, something they haven't had until now.

"We like to call it our smart rooms at this point, a lot of enhancements from our traditional patient rooms, right down from patient comfort, patient safety, and even just really down to education, and what will be available on the TV screen for the patient," said hospital official Jim Pettinato.

And yes, you can even get Netflix, along with lots of other health care services meant to help with treatment and healing, even telemedicine, meaning specialists via technology instead of an in-person visit.

Soon, there will be more parking for hospital visitors on the hospital side of the street, meaning folks won't have to cross the street to get there like they have had to during construction.

Officials with Wayne Memorial expect the project to wrap up sometime around August.