LEBANON TOWNSHIP – People living in a community north of Honesdale say something smells funny in their neighborhood.  They say an area farmer is using sewage sl... 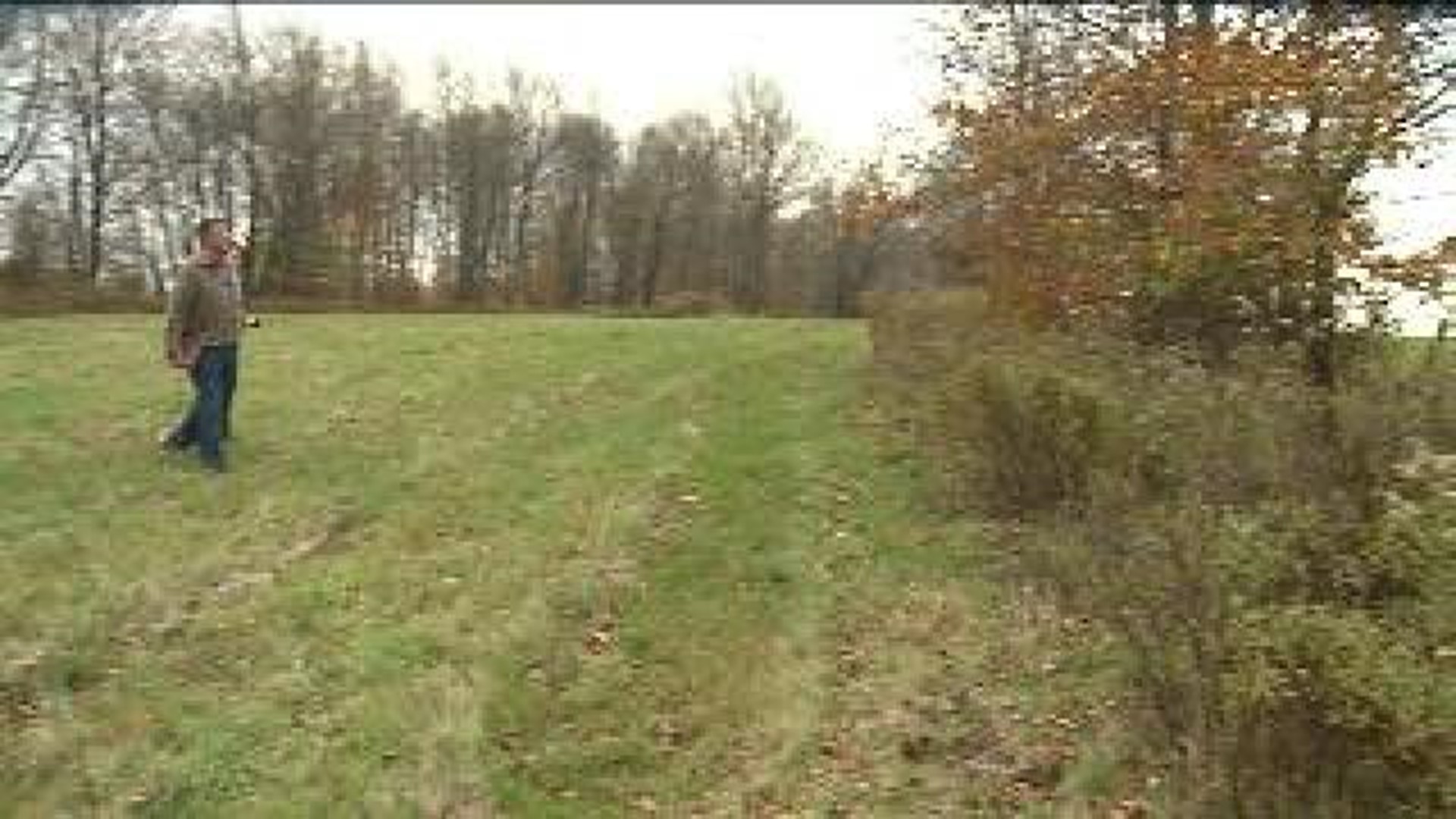 LEBANON TOWNSHIP – People living in a community north of Honesdale say something smells funny in their neighborhood.  They say an area farmer is using sewage sludge to fertilize about 100 acres of land and they’re worried that mixture may be hurting the environment.

The mixture neighbors are referring to in Lebanon Township is biosolid fertilizer.  A farmer in Wayne County is using the treated human waste to help his hay crops.

The Department of Environmental Protection says this is allowed in Pennsylvania, but some neighbors still have some serious concerns.

Take a walk through Dan Fuchs’ back yard north of Honesdale and it doesn’t take long to sense a certain stench in the air, different than the farm smells he’s used to.

"Well, it smells like sewage, if there was such a thing as smell-o-vision I think it would knock your viewers off their chairs," said Fuchs.

Fuchs says the smell is coming from this field where his neighbor is spreading what he calls sludge.

It’s actually biosolids – a mix of treated human waste and additives according to the Department of Environmental Protection.

Jim Check lives just down the road here in Lebanon Township and cares for this nearby property as well.  Check says they found not once but twice a large fish kill here and waste products in the fertilizer.

“It's sold to us in topsoil, and we're finding applicators in it, and also septic debris in it.   It just doesn't seem right to me," said Check, who is president of the Wilderness Lake Association.

One property owner says he's been doing everything by the books as he spreads this biosolid fertilizer across his farm in Wayne County.

"We're staying in our designated watershed, and I wait till it's cold to put it on. I even spread it in the rain the other days that the odor wouldn't be bad,” said property owner Bill Pykus.

Pykus owns this farmland and says Enviro-Ventures Inc. has been spreading the biosolids for about ten years because it’s more economical.

The company’s owner says he’s never contaminated a watershed with his products.

"No, we're very, very cautious as to where we land apply, the farms that we will land apply on. I personally, as the owner of the company, go out to each site and inspect it and there's some sites that I won't pass," said Enviro-Ventures Inc. owner Ned Lang.

The DEP has investigated reports of bad smells in the area and found nothing wrong, but says if residents have proof of other problems they should report it.

Again bio olids are an acceptable fertilizer according to the Department of Environmental Protection.  Officials at the DEP say if any well water tests are contaminated in this part of Wayne County that those individuals should give them a call.