LAKE TOWNSHIP — Troopers are looking for at least one other person in the armed robbery at a bank in Wayne County on Monday. Investigators believe someone... 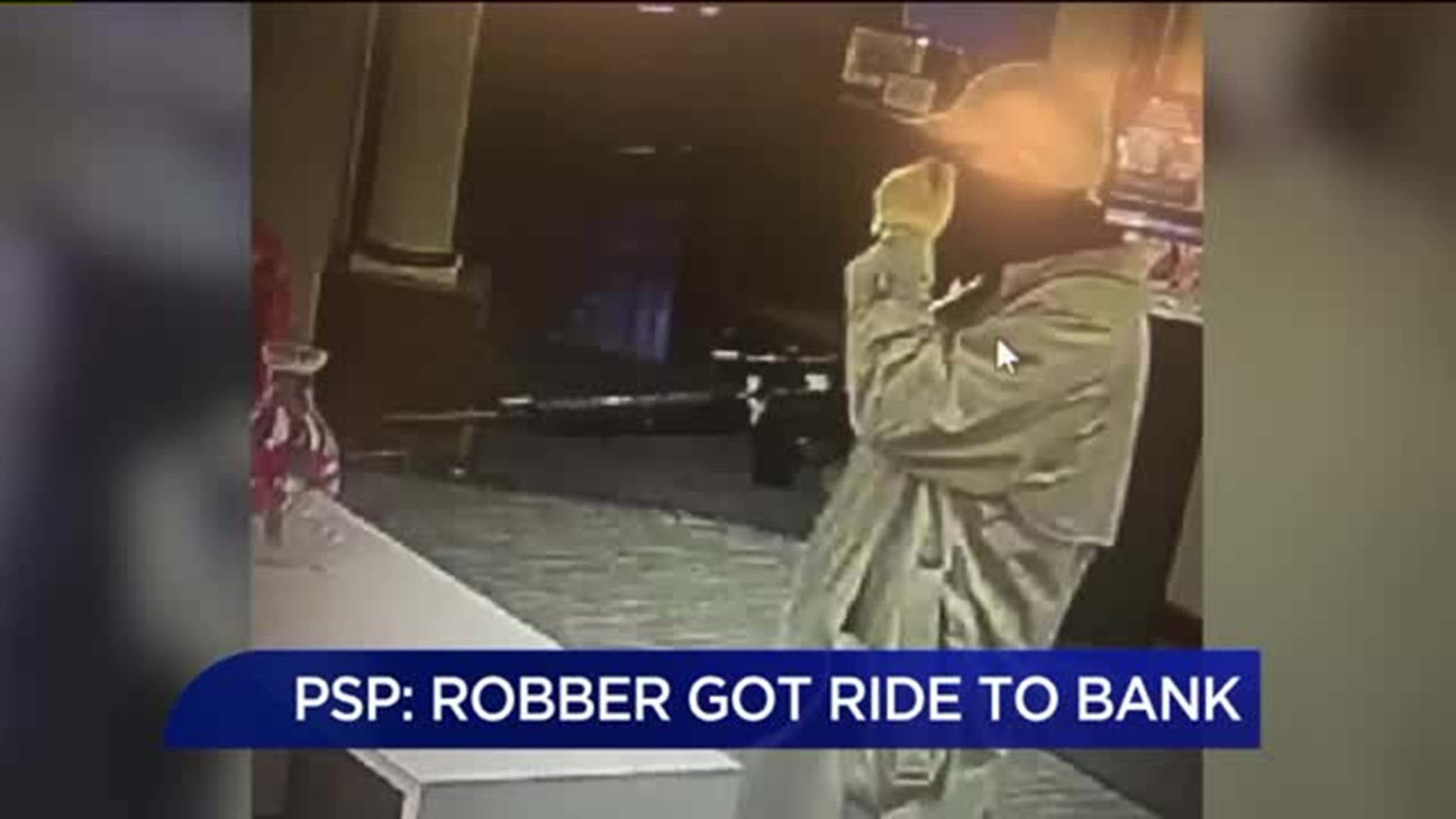 LAKE TOWNSHIP -- Troopers are looking for at least one other person in the armed robbery at a bank in Wayne County on Monday.

Investigators believe someone dropped off the robber in the Lake Ariel area more than an hour before he held up the bank.

The NBT Bank branch on Route 191 near Lake Ariel was back open Tuesday and seemed like business as usual.

However, state police have been tracking down leads that could help capture the man who robbed the bank at gunpoint.

State police now say the man was seen shortly before 2 p.m. Monday being dropped off by a driver in a Subaru wagon not far from the bank.

The robber was wearing a reddish coat and carrying a duffel bag.

That was roughly an hour and a half before troopers say he walked into the bank, showed the rifle to employees, and took off in a bank teller's vehicle.

The whole thing was caught on surveillance cameras.

All this happened Monday around 3:30 p.m. while neighbors say students were being dropped off by the school bus.

Witnesses told troopers they saw the man sitting on a snow bank outside the bank for a while before the robbery, just out of view of the drive-thru window.

State police are now looking for that robber and the stolen vehicle, but they're also looking for the driver of the gray Subaru Impreza seen dropping him off in the area more than an hour before the bank was robbed.

So far, it's not clear if the driver was an accomplice or merely gave the robber a ride.

Anyone with information is asked to contact state police in Wayne County.