Teen Running Half Marathon to Help his Native Country

PALMYRA TOWNSHIP, Pa. — A teen from Wayne County is gearing up to run a half marathon in Philadelphia this weekend. He’ll be running to help childre... 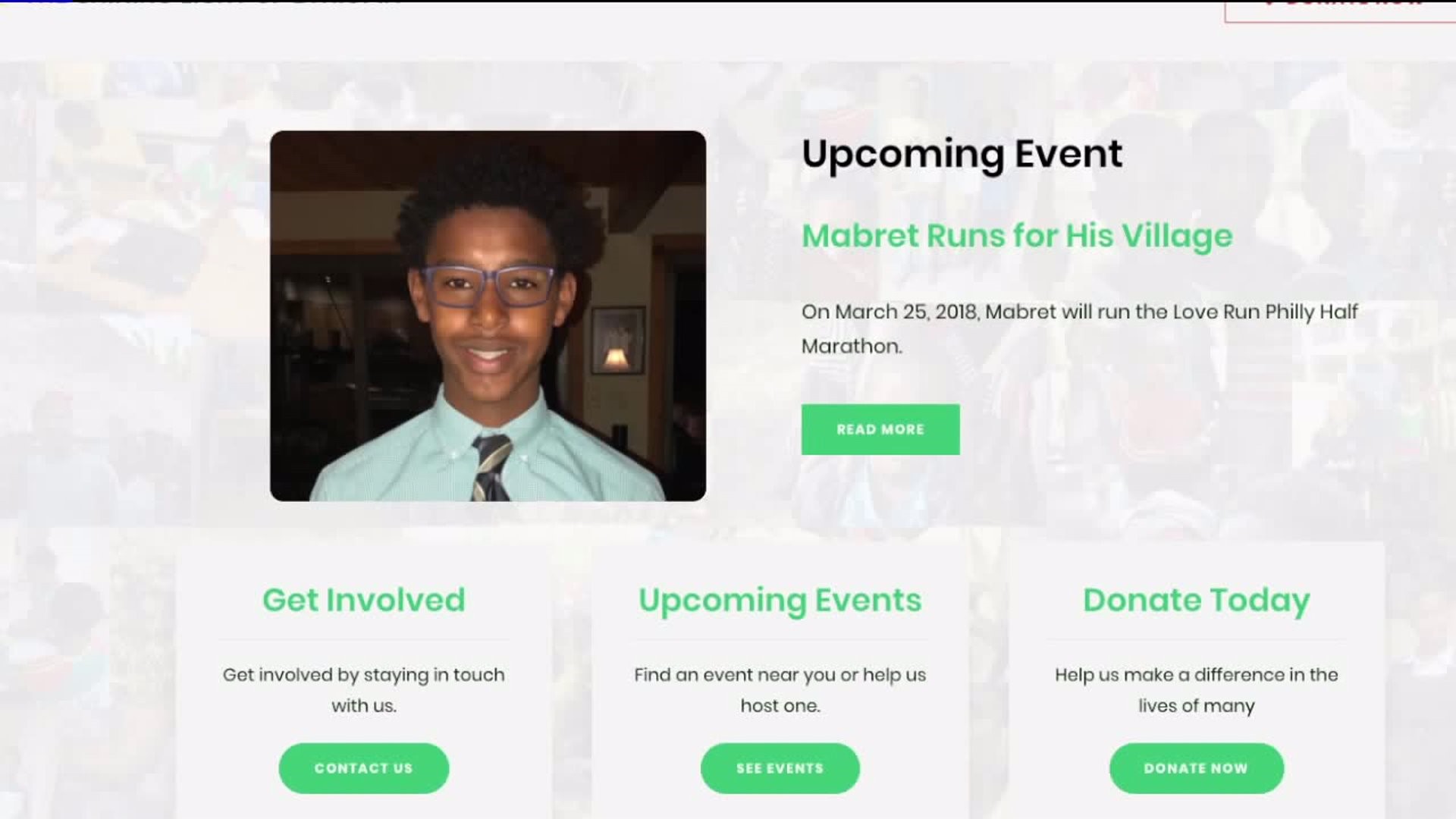 PALMYRA TOWNSHIP, Pa. -- A teen from Wayne County is gearing up to run a half marathon in Philadelphia this weekend. He'll be running to help children in his native Ethiopia get an education.

Mabret Levant is like a lot of other eighth graders at Wallenpaupack Area Middle School near Hawley. He answers questions in English class and plays sports, but there is something that sets Mabret apart.

His parents, Kathy Martin and Bob Levant, adopted Mabret from Ethiopia a decade ago.

"He's come such a long way. Ten years ago, he couldn't speak English. We brought him out of Ethiopia to join our family. We're so proud of him for everything he's learned. He's grown and wants to give back," Martin said.

While Mabret waits for snow and ice to melt off the baseball fields so he can get playing with Wallenpaupack's junior high team, he's going to do something to give back to where he came from.

"He's from an area without electricity. Water is not close, and education is lacking for all the children," said his dad Bob Levant.

So Mabret is running a half marathon this Sunday in Philadelphia and raising thousands for children back in Ethiopia through his family's charity The Shining Light.

"They wouldn't work, if they moved to a city they'd have a better chance at earning money and would help their community," Mabret said.

Something Mabret has learned at a very young age.