Newswatch 16's Courtney Harrison stopped by a store in Wayne County that has several employees who have been in it for the long haul. 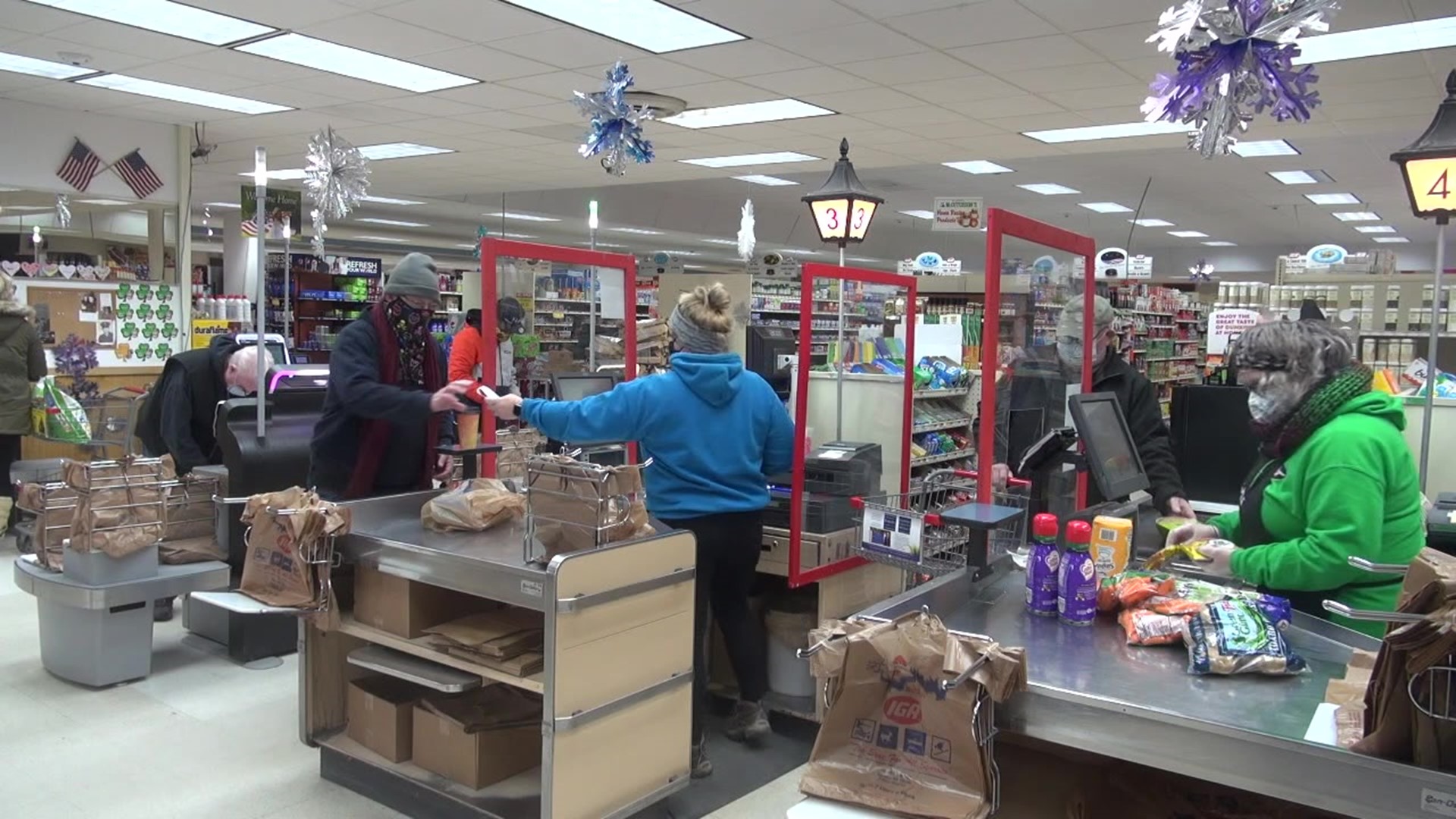 HAWLEY, Pa. — Essential workers have been plugging along for nearly a year, serving the community amidst a pandemic. It's now supermarket employees' turn to get a pat on the back as the heroes in grocery stores, including Lake Region IGA near Hawley.

"It's just nice to know since we've been working since the very beginning of the pandemic no matter what, rain or shine, that people appreciate it," Julie Brussell said.

Last spring, Lake Region IGA took as many precautions as possible to ensure the safety of staff and customers, but in the beginning, the fear was very real for many employees.

"Some days, you think, you know, 'Why do it?' Especially in the beginning, when you thought your life was in danger just by coming to work," Irene Cooper said.

This day is to celebrate the heroes who have been serving their community for the last year during the pandemic. Some of those employees at Lake Region IGA have been doing it for at least 30 years.

Five current employees have been working at Lake Region IGA since the store opened in 1987, and many others aren't far behind.

"This is a job that people stay at long-term. People often think that if you work in retail, it's a job for a year or two, but not here," Brussell said.

"It has to be something special here, in order to maintain these guys keeping these guys here for so long, and I see what it is, and I'm glad I joined part of the team here," said worker Andre-Taylor.

Lake Region IGA lost some employees in the beginning because of the fear of COVID-19. Store owner Jim Shook says he's very proud of his employees for what they've achieved and says they deserve to be recognized.

"We find ourselves doing about 25 percent more business than we have been in previous years, with a lot less help," Shook said. "The dedication of the long-term employees has been phenomenal."