Wayne County is still closed and following statewide regulations, but county commissioners wanted to try and get what they can back up and running for residents. 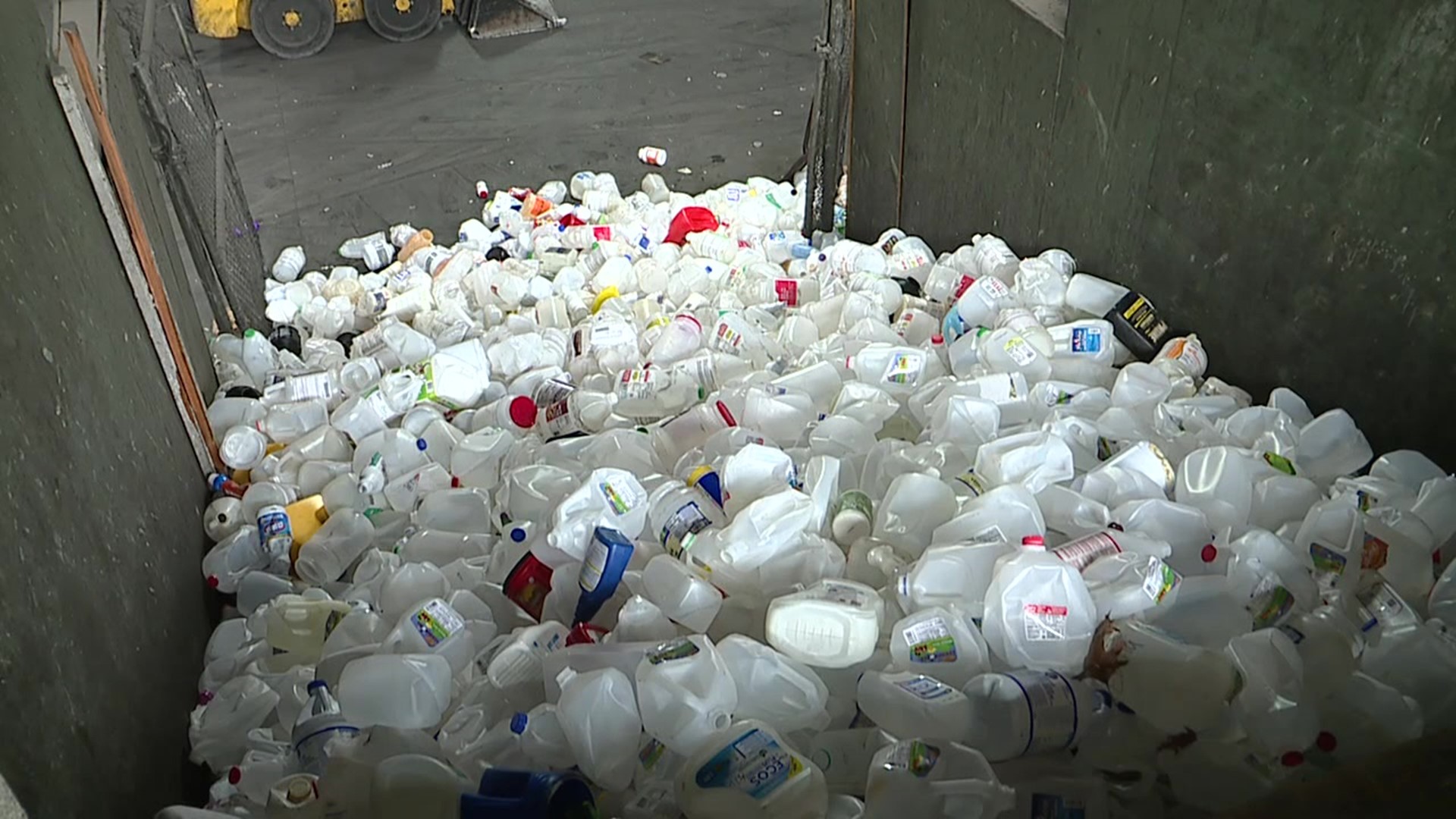 WAYNE COUNTY, Pa. — According to the Wayne County commissioners, a sense of normalcy should return for area residents, and they believe the safest county service to reopen is recycling.

"It's one of the services that we offer to the public that I think is a critical service and I hate to see people stop doing it so I'm glad we're back at it again," said Wayne County Commissioner Brian Smith.

people who want to recycle can bring their plastic, newspaper, magazines, glass, cans, and cardboard to one of 14 municipal drop-off sites throughout the county. Some of those sites began collecting this past Saturday. Others will resume collections on their normal schedule.

"Some of the municipalities have their own containers that are out there that we had to go empty and bring back. I think we're doing it in a pretty safe way," said Commissioner Smith.

"We're going to make sure we don't touch them once they come here," said recycling coordinator Randy Heller. "Our staff isn't going to touch the materials for at least three days."

The second phase of getting recycling back open in Wayne County will be when the recycling center reopens, but that won't be for a couple of weeks.

"I think everybody just wants to be able to get rid of their materials and get some sort of normalcy, a sense of normalcy back. It's been quite a while, so I think we're all looking forward to it," Heller said. "We're only going to allow one vehicle at a time in our public drop-off area there, and we're going to require the public to wear masks once they get out of their car. Normally, our employees would help the public unloading their recyclables. that's not going to happen."

Wayne County officials also ask that if you have a surplus of recyclables to try to space it out, so the recycling center isn't overwhelmed.