Real estate industry back in business 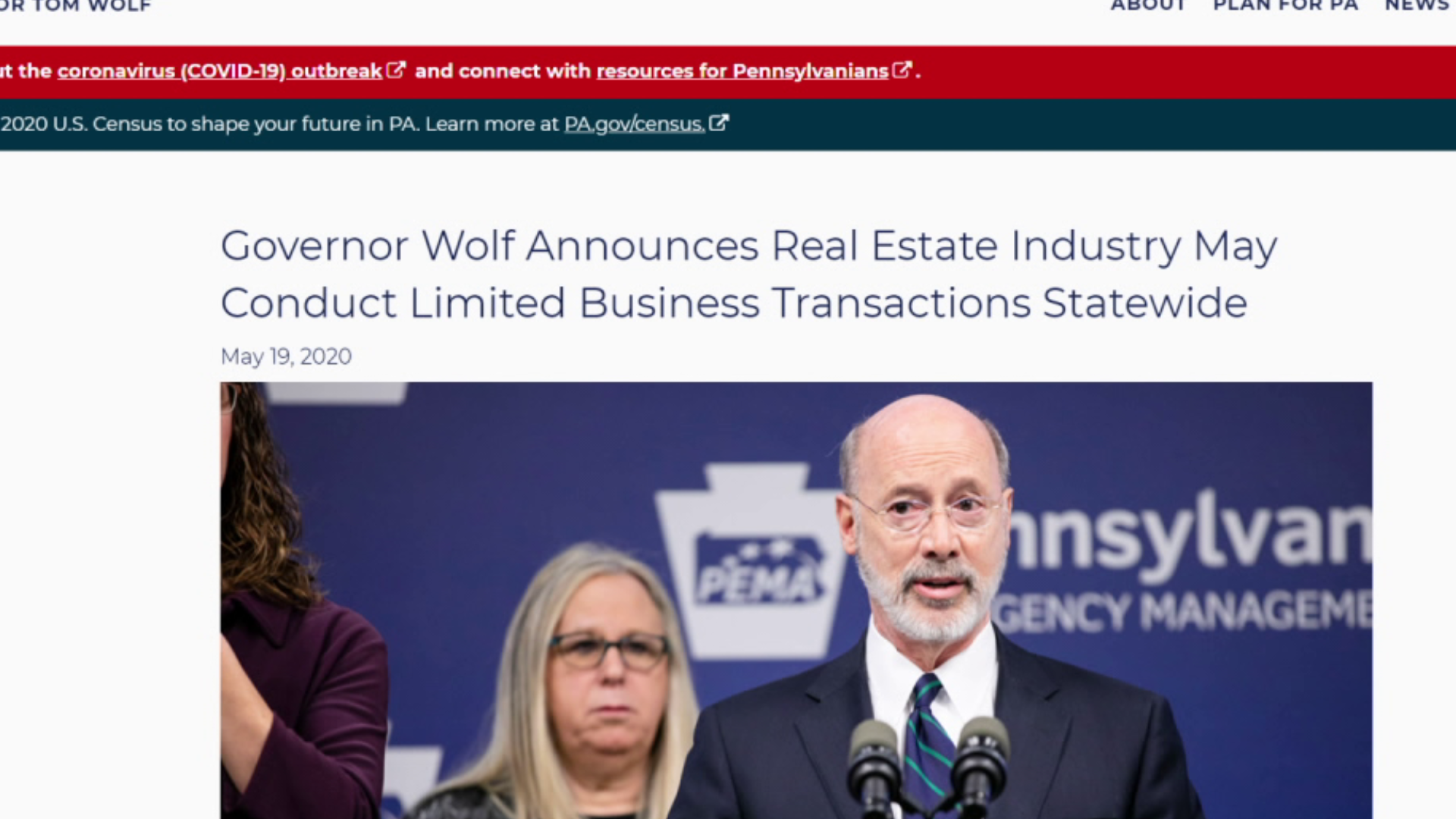 HAWLEY, Pa. — Until Tuesday, Pennsylvania was the only state in the country that considered real estate activity nonessential during the COVID-19 pandemic.

Will Clauss, a realtor in the Lake Wallenpaupack area, was one of the voices calling on the governor to change that.

"The three basic needs are housing, food, and clothing. Food and clothing are generally gonna be there for you, but the housing has been shut down. People's right to own a house, to buy or sell their house, has been stripped away during this time," said Clauss, with Davis R. Chant Realtors.

Just a couple hours after we talked with him, Clauss got his wish.

That applies to counties in both the yellow and the red phases.

"If you look across the lake, just a quarter-mile away, that's Wayne County, which is set to open on Friday for real estate services. However, in the county that we're in currently, Pike County, there's no end in sight," said Clauss earlier.

We called Clauss after the announcement was made; he said it was very good news, not only for his business but also for his mother, who happens to be one of his clients.

She sold her house before the pandemic hit, and has been living with her sister while she waits for the real estate industry to start up again.

"We had no idea that everything was going to shut down, and now it's just being in limbo, not knowing where your things are. We have them in garages and storage areas. So it's just hard to even find clothes or things that you want, like paperwork. It's been difficult," said Margot Clauss.

Governor Wolf put out a set of guidelines for how those in the real estate industry should get back to business.

It includes things like wearing masks and limiting the number of people who can be inside a property at one time.