TEXAS TOWNSHIP, Pa. — It’s been just over two months since a grocery store brawl that took place back in May at Weis Markets near Honesdale. Farrah ... 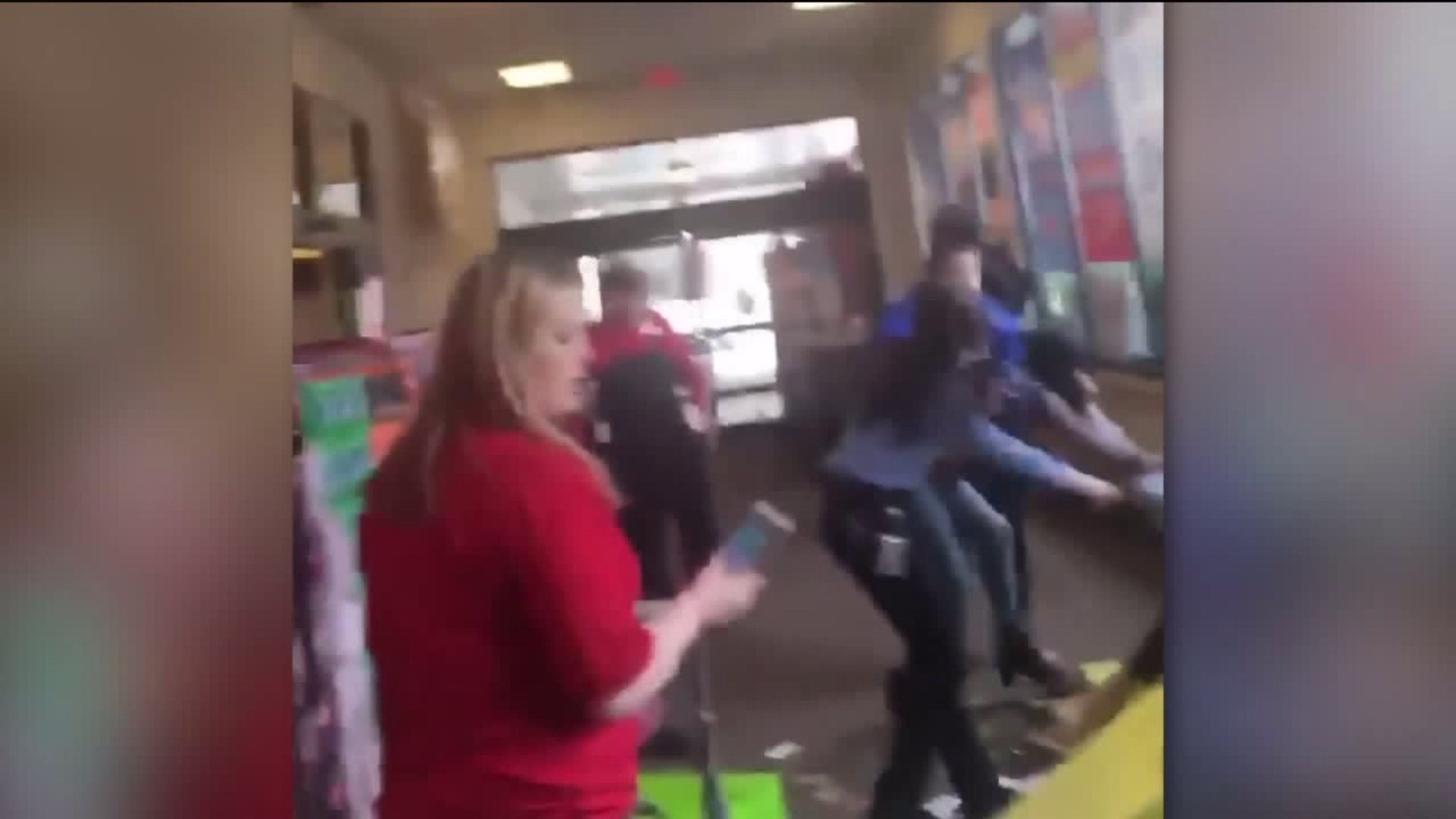 TEXAS TOWNSHIP, Pa. -- It's been just over two months since a grocery store brawl that took place back in May at Weis Markets near Honesdale.

Farrah Black is still scarred from the incident dealing with physical, emotional, and financial pain.

"She was in there just shopping for some things, and all of a sudden there's like a commotion. This woman, Dana, who is the perpetrator, I guess she's over there spitting on a cashier so Farrah, being the woman that she is, said okay, let's go out in the lobby area, let's talk it down," said Melissa Johnson, worker of victim.

Farrah's decision to help out eventually cost her the hearing in her left ear, a lip laceration, a chest contusion and cervical contusion.

"Dana had bit her lip, so her lip is a little deformed at the moment, and they.continuously stomped in her head, just kept kicking her," said Johnson.

Melissa Johnson works with Farrah at Community Vocational Services in Honesdale caring for adults with disabilities.

"So she obviously has a lot of compassion she can't stand to see somebody being harassed, or spit upon like the cashier," said Johnson.

Melissa says since Farrah had to be pulled out of work due to her injuries many people are feeling the impact.

"Some clients deeply rely on her, they won't work with anybody else but Farrah," said Johnson.

She has the support of family and friends but the mounting medical costs are taking a toll.

Besides for her own appointments and bills, Farrah's son also has disabilities and requires a lot of medical care as well.

Dana Coxson Croci and Jordan Croxson were arrested and charged in connection with the assault.

Melissa says she wants to make sure justice is served.

If you'd like to donate, a GoFundMe has been set up for Farrah here.