Soarin' Eagle Railbike Tours is preparing to open a section of rails in and around Hawley. 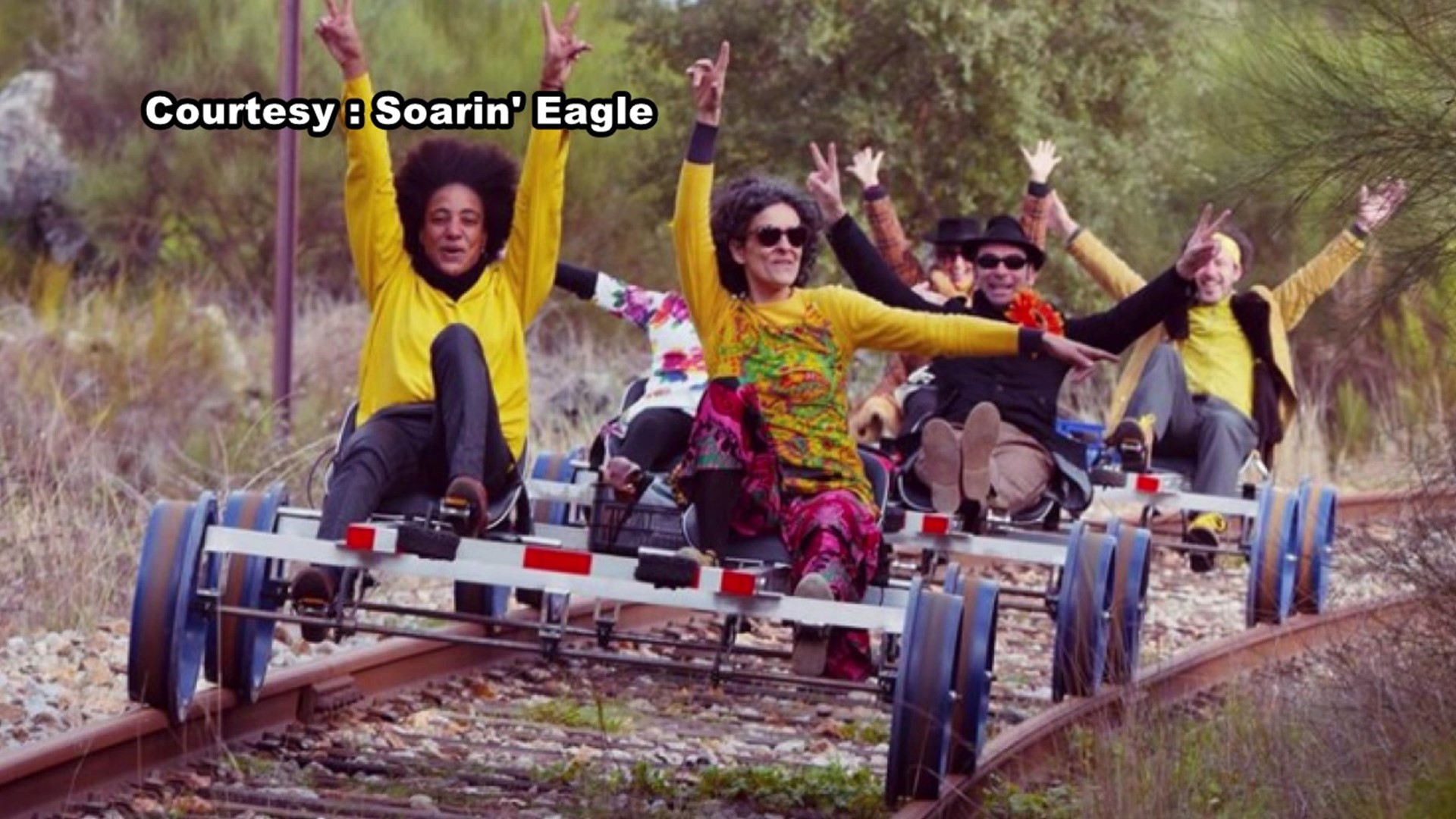 HAWLEY, Pa. — You may have seen videos or stories on social media of railbike adventures like this in other states around the country, and soon enough, you'll be able to try it out for yourself in Wayne County.

Soarin' Eagle Railbike Tours is preparing to open a section of rails in and around Hawley.

Assistant Manager Bobby Taylor says the owners of Soarin' Eagle rode railbikes in New York State and live part-time in this area and wanted to bring something new here.

"It's just something that became a passion project for them, and they found an available line that's willing to work, and it's right by where they have their house set, so two came together perfectly for it," said Taylor.

Soarin' Eagle has 20 railbikes on the way from a company in Utah, 12 four-person bikes, and eight two-person bikes.

Each guided adventure is approximately six miles long and takes about two hours to complete, and anyone can do it.

It's an ideal way to stay socially distanced and take in the scenery the ride provides.

"There's eagle's nests; there's plenty of wildlife that was already happening. And this is all before spring has even started, so there should be a lot," Taylor said.

The Stourbridge Line also uses the train tracks for scenic tours, but people riding the rail bikes won't have to worry about meeting a train while they're riding.

"We have plenty of work around them," Taylor added. "There's plenty of time buffers, so nobody has to worry about a train coming behind them or in front of them while they're going down the lines."

Outdoor activities become increasingly popular as the weather improves... and this gives people an excursion without a long drive.

Soarin' Eagle Rail Tours
Our custom made red, white and blue railbikes come in tandem (2-seater) or quads (4-seater) allowing friends and families to enjoy the experience together. Each adventure is approximately 6 miles long and takes about 2 hours to complete.