HONESDALE, Pa. — When Alex Jachens came to school two days after prom, he was still wearing the prom king’s crown. And it’s right where his fe... 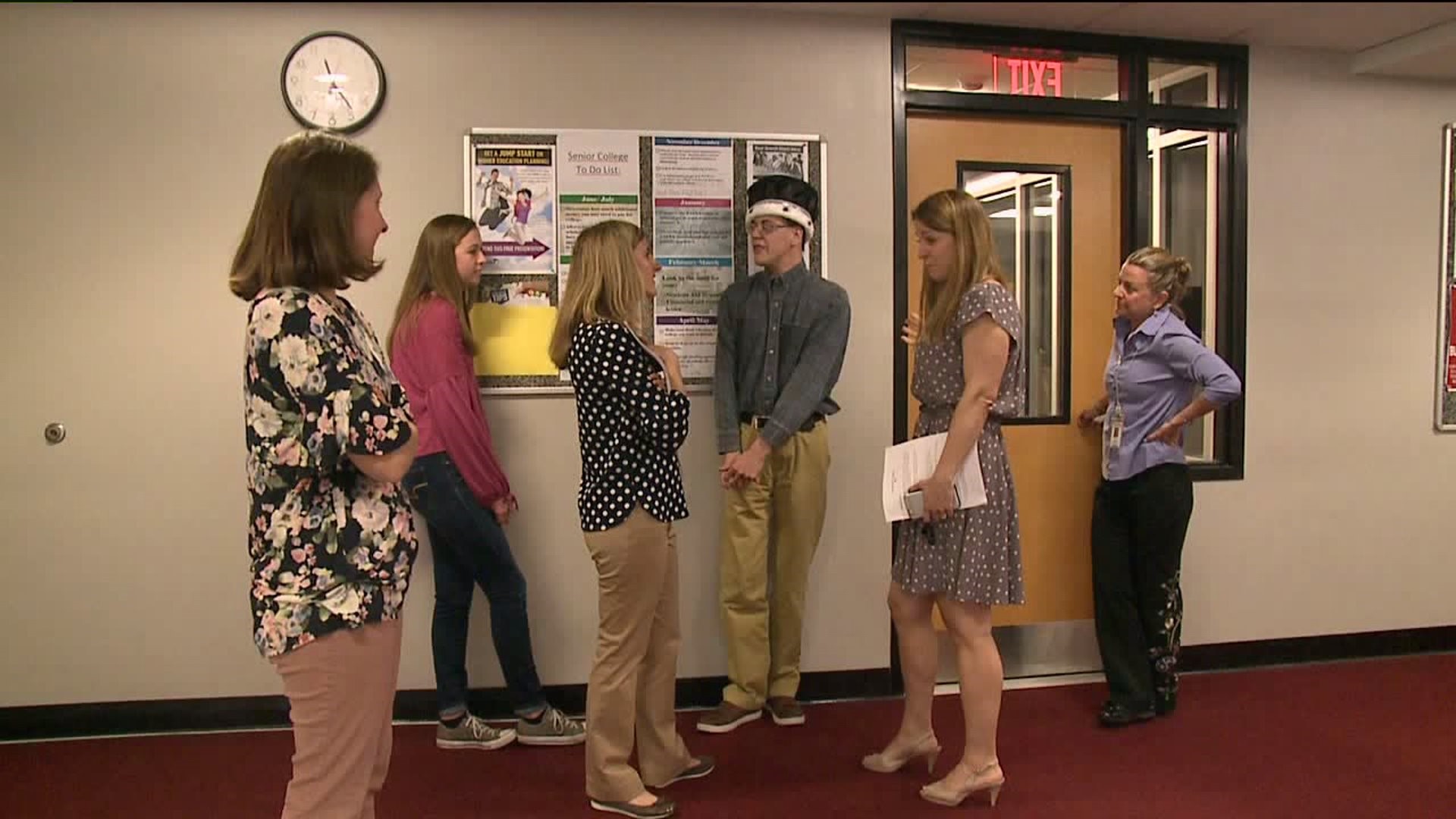 HONESDALE, Pa. -- When Alex Jachens came to school two days after prom, he was still wearing the prom king's crown.

And it's right where his fellow students at Honesdale High School say it should be.

"He brings a light to everyone around him," said Leigha Welsh.

"Alex is a no-brainer though, with his personality, everybody loves him," said prom queen Leah Jay.

Alex was beaming when he was picked Saturday night at the prom near Honesdale. Nervous and excited, he joined prom queen Leah Jay on the dance floor and twirled.

"He was so much fun to dance with, was full of giggles, wanted me to twirl him around," she recalled.

"I was thinking happy thoughts. I felt pretty good. It was a surprise I didn't know it would come to me but it did," Alex said.

As for Alex's special education teacher Suzanne Schuman, she's certain he is the most deserving prom king of all.

"I've never met a kid with a bigger heart. He has a heart of gold. He's compassionate and humble and empathetic to everyone he meets and one of the happiest kids I've ever met," Schuman said.

Alex is so proud he wanted to wear the crown to school and got permission. After all, Alex says winning prom king is something he'll remember for years to come.

"It almost brings a tear to your eye, it does," he said.

Alex was voted king by his senior classmates and his classmates know a special kind of royalty when they see it.