LAKE ARIEL, Pa. — State police in Wayne County want to know who stolen money from the piggy banks of two small children. Investigators say whoever did it ... 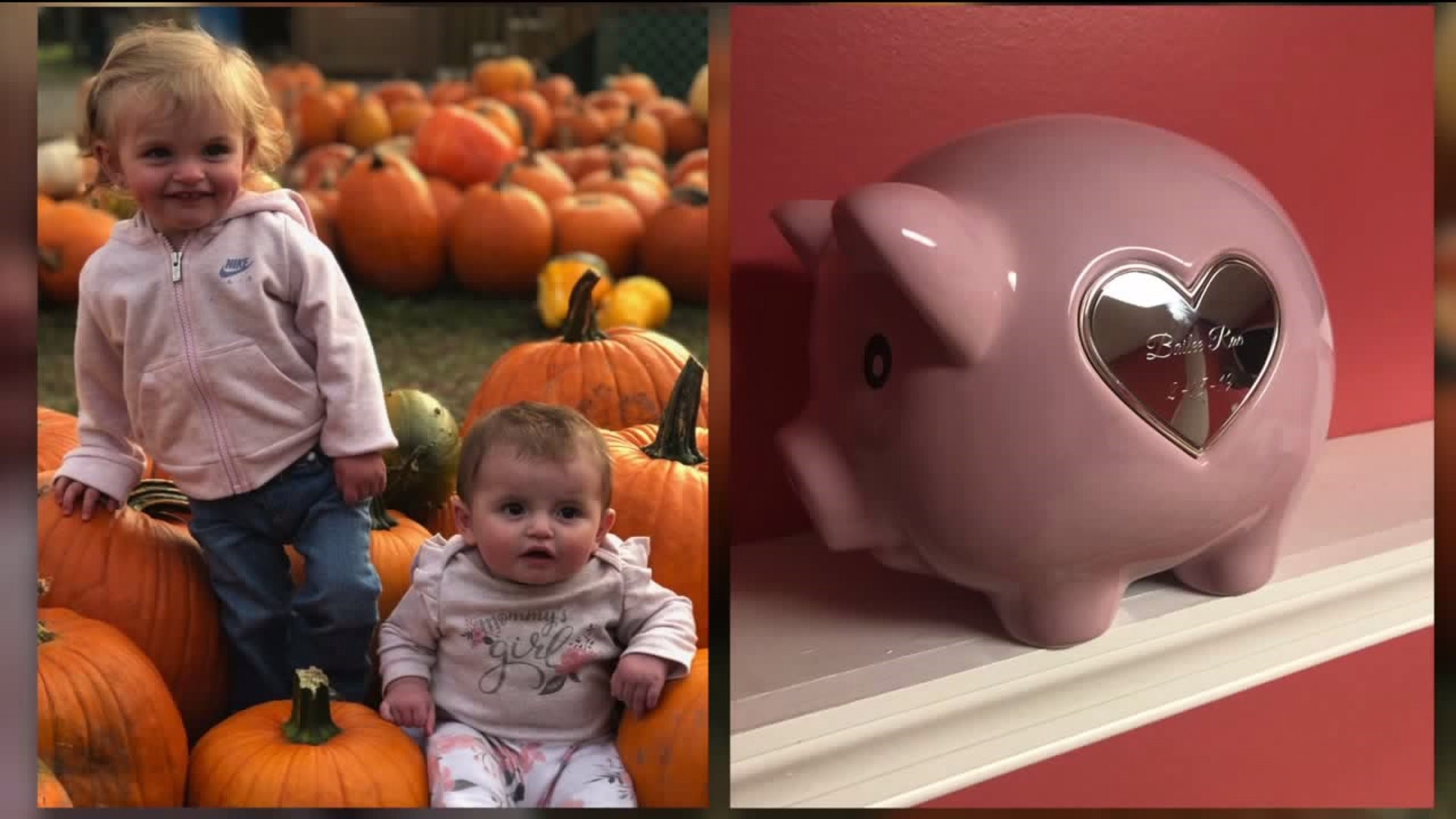 Investigators say whoever did it got away with three thousand dollars between the two banks.

“When I realized there was no money in there, I was shaking, I was upset," said Victoria Lanza.

Lanza is still reeling after discovering a thief essentially stole candy from her babies at their home in Lake Ariel.

She and her boyfriend, Dustin Chapman, had been collecting money in two piggy banks for their two young daughters, one and a half-year-old Arabella and 8-month-old Bailee, to set aside for their future.

“For their college tuition and for getting a new car when they're 18,” said Lanza. “Through gifts through presents, through any holiday funds that they got.”

When Lanza went to add Halloween money to her girls' piggy banks in her daughter's bedroom, that's when she saw money was missing.

“What was left was two $100 bills, a ripped $20 and two $2 bills that were written out for like, ‘Happy Birthday Bella’ or the day of her birth she got two $2 bills, sentimental dollars,” said Lanza.

“It's tough enough, you're starting a college fund you think a piggy bank is good enough, nobody's going to take out of it, but they do,” said Chapman.

While state police say they have no suspects for this theft yet, they are looking at some people and say whoever did this is someone the couple most likely knows.

Lanza and Chapman run a landscaping business from their home and have people on the property all the time.

“We don't know who took it. When it does happen, you're going to think everybody's a suspect,” said Chapman.

Anyone with information about the piggy bank thefts is asked to call State Police at Honesdale.