MOUNT PLEASANT TOWNSHIP, Pa. — One year after PennDOT touted its use of recycled asphalt to pave rural roads, the agency now says the process failed. Folk... 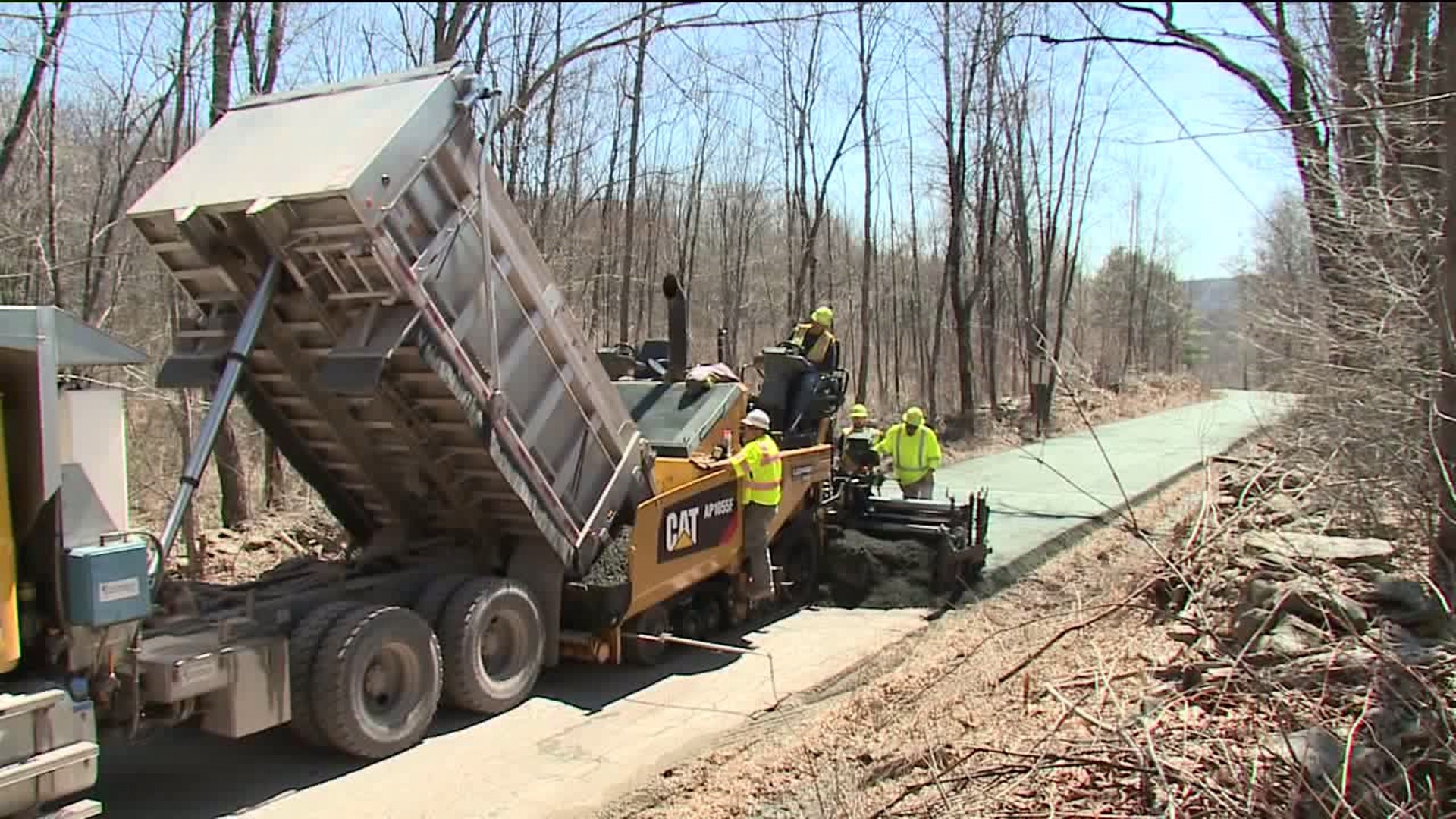 MOUNT PLEASANT TOWNSHIP, Pa. -- One year after PennDOT touted its use of recycled asphalt to pave rural roads, the agency now says the process failed.

Folks in part of Wayne County were excited to see much-needed paving done last year, but this year the story is much different. The state road is still awaiting a smooth layer for drivers.

Newswatch 16 was on Egypt Road in Mount Pleasant Township one year ago after PennDOT kicked off its construction season, hoping recycled asphalt would be a success, but instead the job needs to be done again.

Egypt Road outside Honesdale has cracked and crumbling road patches of disappearing pavement just one year after PennDOT rolled out what it calls a pilot program here.

"We thought, 'great!' All of a sudden, we heard someone changed the formula and it's not working and everything stopped. This road has been like this and is just one big pothole," said neighbor Gerard Carden.

Neighbors heard rumblings that the recycled asphalt didn't work. PennDOT confirms the mixture did not work the way officials planned.

"A few days into that, we started noticing oil coming up in the road. The inspector was not pleased with what was happening out there. We decided to stop that," said PennDOT official James May.

PennDOT officials, including the secretary, were at the Wayne County Fairground last year with piles of recycled asphalt touting that pilot program and paving project on Egypt Road. Now, one year later, that job has to be redone, repaved at a cost to taxpayers.

"When it doesn't go the way you hope, then that's disappointing. We were able to catch it early enough in the process," said May.

PennDOT did not share just how much money may have been tied into the recycled asphalt program here but the upcoming paving project on Egypt Road is expected to cost $400,000.

Drivers in Wayne County are not surprised this didn't work out.

"Doesn't seem any of the roads are getting fixed the way they should be," said Casey Milk.

"Now there's nothing. The road is as bad as it was before, if not worse," Carden said.

According to PennDOT, crews will still be able to use recycled asphalt, just with a different mixture and mostly for road shoulder repairs.

There is no word when exactly this season Egypt Road will be repaved with traditional asphalt but PennDOT has started its construction season with roughly 100 miles of road repairs in Wayne County alone.