Newswatch 16's Courtney Harrison explains that officials will be on the lookout for anyone drinking and boating this holiday weekend. 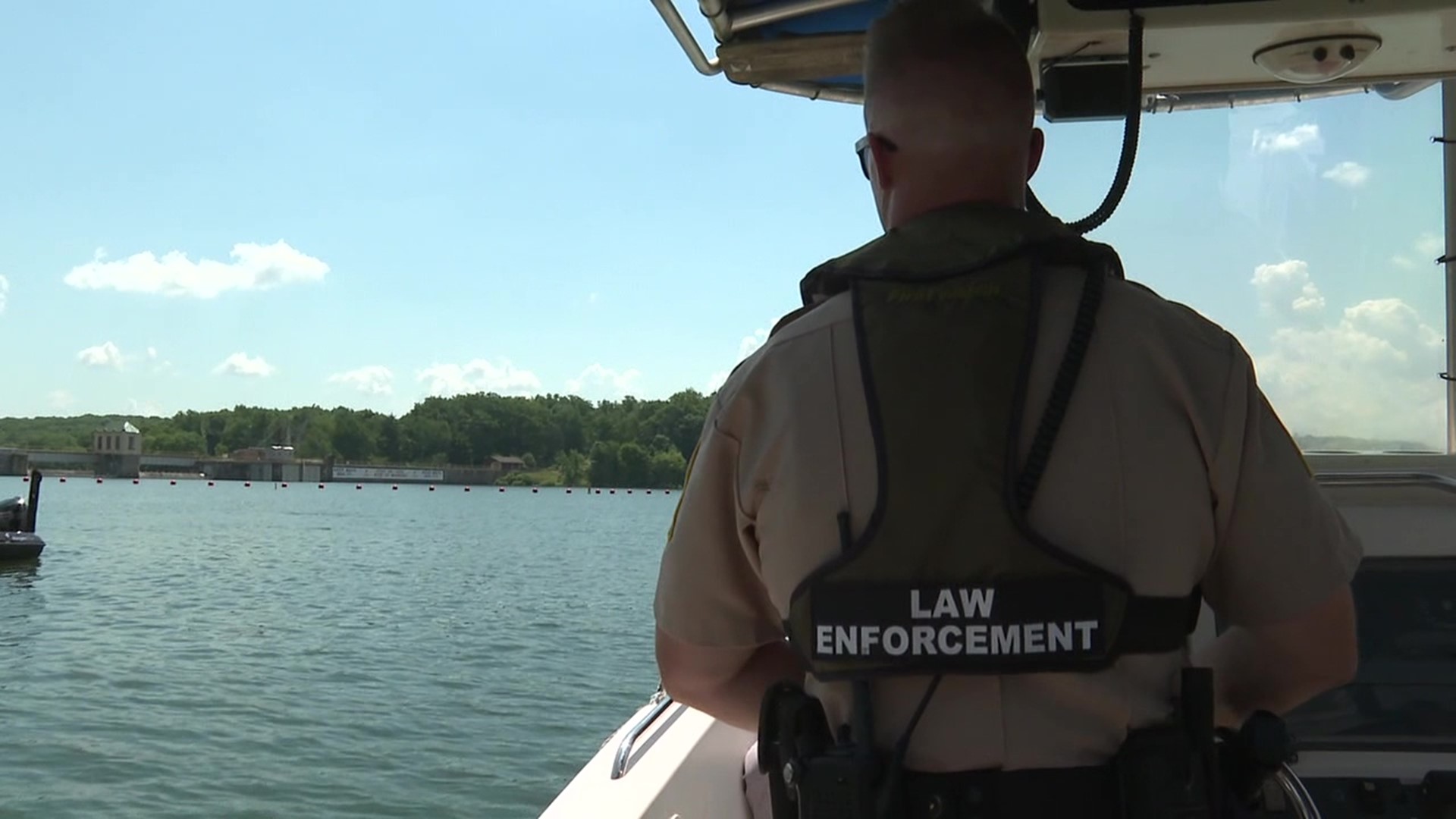 The Pennsylvania Fish and Boat Commission says there were 60 boating-under-the-influence arrests in 2020, an increase from 45 in 2019.

This week from Friday, July 2 through Sunday, July 4, people will see an increased presence of waterways conservation officers who are taking part in Operation Dry Water.

"This nationally coordinated effort aims to prevent boating accidents and fatalities through education and enhanced boating under the influence or DUI enforcement," Ofc. Matt Dietrich explained.

While it's not illegal to have alcohol on your boat, it is illegal to be driving under the influence, and you can face charges of boating, just like you would be driving.

"DUI penalties include loss of boating privileges, significant fines, and even possible jail time. boating under the influence applies to drugs as well as alcohol," said Ofc. Dietrich.

We found several people getting out on the water at Lake Wallenpaupack on Tuesday, not only because of the hot weather but because they like to avoid the crowds and unsafe encounters on the water during the Fourth of July weekend.

"Everybody's having fun, long as they stay safe. I mean, I've seen them crazy out here," Chuck Truitt said. "Who wants to go 100 miles an hour on the water? A lot of them."

"Have fun but don't overdo it, and just be careful and you know you got to look over both shoulders every time, all the time, and stick to the rules," Gary Homanick said.

The Fish and Boat Commission also reminds boaters to always wear a life vest or have enough vests onboard for each person on the boat.