SALEM TOWNSHIP, Pa. — A zoo in Wayne County welcomed two baby jaguars into the world this summer. Now, the zoo wants your help picking out the cubs’... 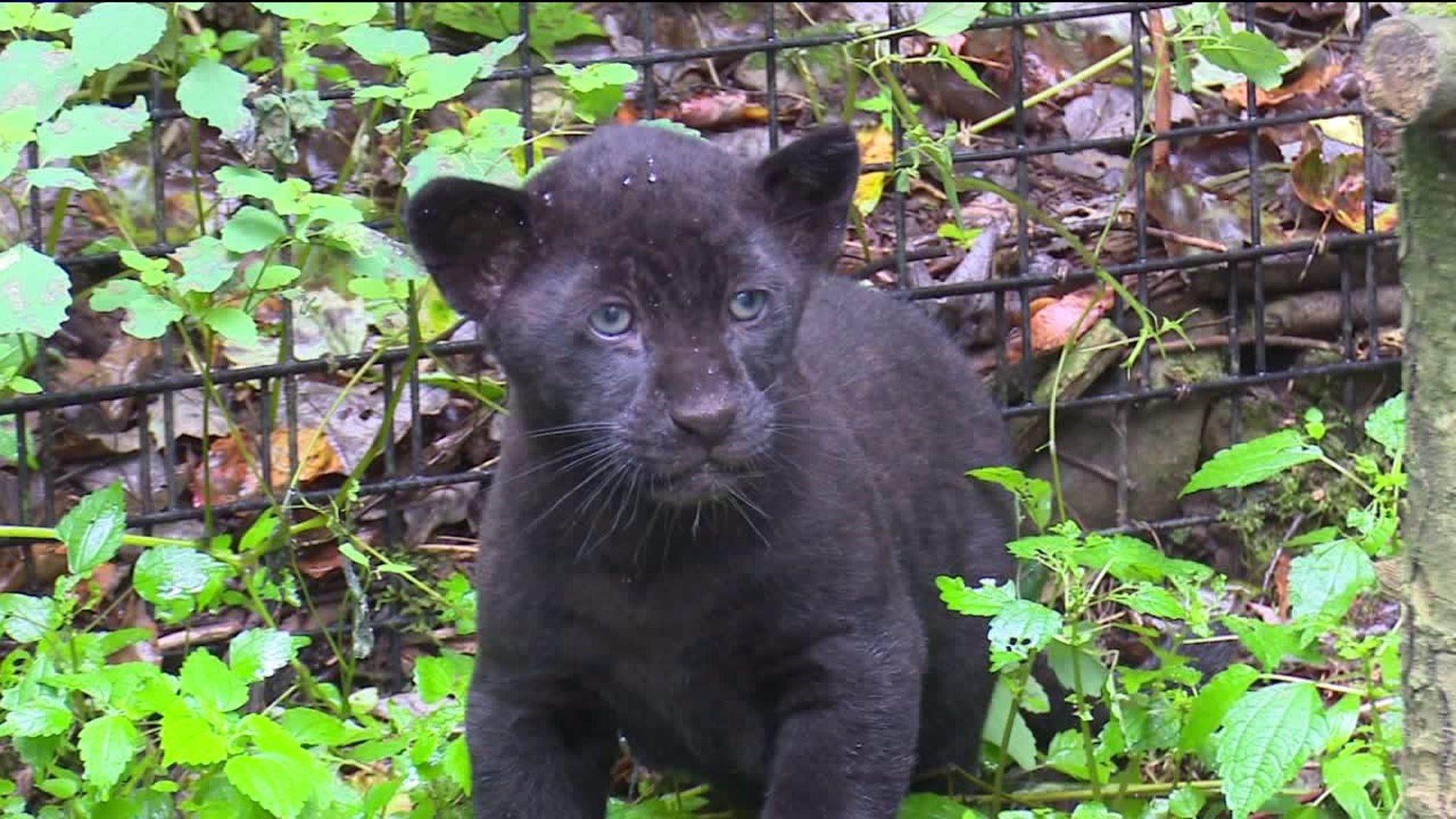 SALEM TOWNSHIP, Pa. -- A zoo in Wayne County welcomed two baby jaguars into the world this summer. Now, the zoo wants your help picking out the cubs' names.

A crowd of people at Claws 'N' Paws Wild Animal Park near Lake Ariel looked on in awe at the zoo's newest additions -- two baby jaguars.

Like a celebrity sighting, the cubs stole the spotlight when they came out to play. One group even treated the babes to a belated birthday song.

It was a welcome surprise for zoo-goers who weren't expecting to see the babies, but nowhere near as surprising as when the zookeepers went to check on their two fully grown jaguars one June morning and found four animals instead of two. 2-year-old Beliza and 17-year-old Rio had become parents overnight.

"It was exciting," said keeper Carina Fabbricatore. "We weren't really sure if she was pregnant or not. It was Father's Day which was actually perfect for Rio, so it was pretty exciting."

Now, the two new members of the zoo's family need names -- one for a boy and one for a girl.

Claws 'N' Paws is holding a naming contest this week and has already received an overwhelming amount of responses.

"We had Baby and Johnny from Dirty Dancing. We had Mickey and Minnie and the typical, you know, Midnight, Shadow, Stormy," Fabbricatore said.

The babies are still nursing from their mother so they stay with her for most of the day. The best chance to see them out and about is from about 1 p.m. to 4 p.m. when their mom takes an afternoon break.

You have until Thursday, August 15 to submit your name ideas on the Claws 'N' Paws Facebook page.

Zookeepers will then vote on their favorite and the winner will get free passes to the zoo and bragging rights, of course!