HONESDALE, Pa. — The Wayne County Courthouse on Court Street has stood for more than 130 years, and over time there have not been many new upgrades. Wheth... 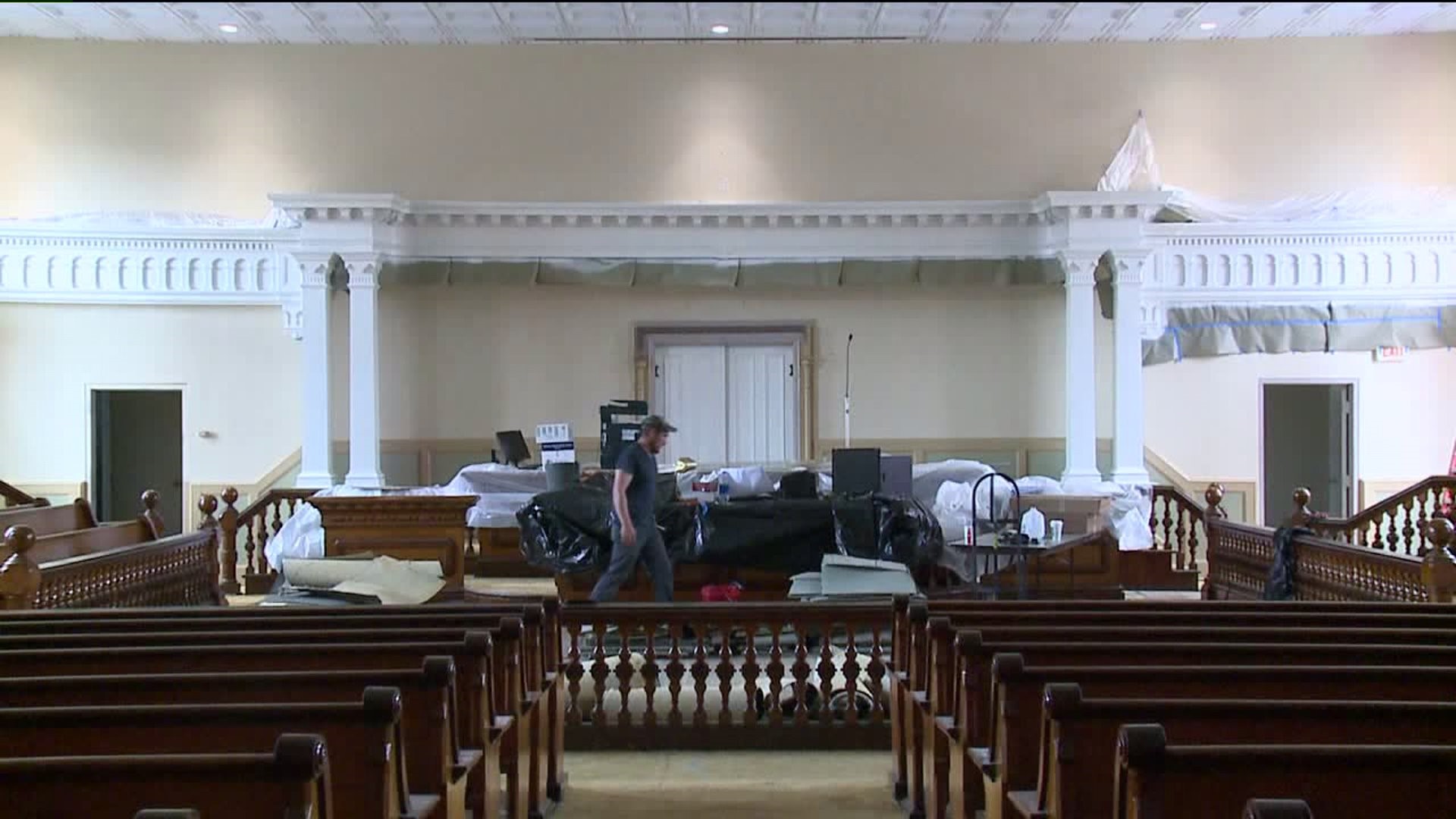 HONESDALE, Pa. -- The Wayne County Courthouse on Court Street has stood for more than 130 years, and over time there have not been many new upgrades.

Whether it's making way for new carpet or installing new windows, crews are transforming the Wayne County Courthouse in Honesdale little by little.

"Over the years, the courthouse here has gotten to a condition where it needed some repair," said Wayne County Commissioner Brian Smith.

Wayne County Commissioners Joe Adams and Brian Smith gave us a tour of the new work on this old building dating back to 1880.

There is now a new ceiling in one courtroom, along with new carpet and windows, but that's not all.

"Put a new drop ceiling in, in the attic way above this ceiling is where the heating and AC units are," said Commissioner Joe Adams.

Within a couple of years, Wayne County will have a second full-time judge and county leaders decided it was time to upgrade.

"This is a room that was never air conditioned before, so it was really something that had a couple seasons where it was difficult to get any use out of this old courtroom," said Commissioner Smith.

Some of the windows are original to the courthouse built in the late 1800s. All are now being replaced with new energy-efficient windows which could save the county money over the long run.

"The windows were original when they broke, postal tape went on either side to hold them together," said Commissioner Adams.

The renovations with a price tag of about $6 million should be wrapped up by early 2020.

Some see all this as the right move at the right time.

"I think it's a good idea to improve the windows and heating system in the building to make it energy efficient and bring up to as close as possible to today's standards," said Honesdale resident Stan Pratt.

The whole courthouse facility will be heated by natural gas, and county leaders expect to save enough money through energy savings to pay for the debt on this project with no need for additional taxes.