A lighted cross that disappeared from the town in Wayne County three years ago has reappeared in a different location. 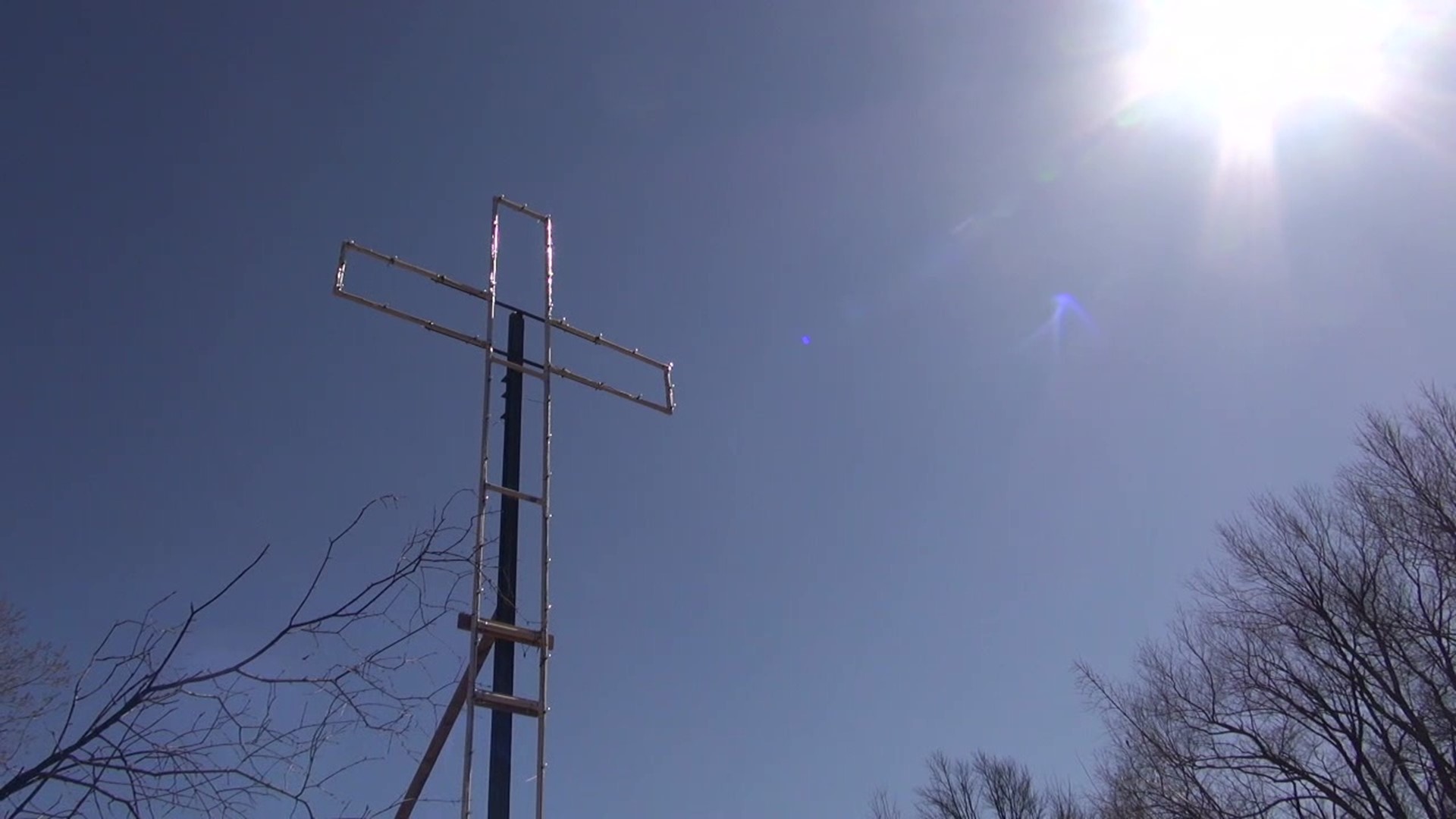 HONESDALE, Pa. — There's a new structure that overlooks downtown Honesdale. A 28-foot cross was constructed on David Nilsen's property off Cliff Street. It's not far from where another cross used to stand in Gibbons Park until 2018. After much controversy from an organization opposing the cross, the borough opted to turn the lights off on the old cross for good.

Nilsen says he had hoped that something would have been resolved and the cross would be lit again.

"I know that there's this underlying desire to see this back in the borough, and I have the means and opportunity. Everything kind of just fell into place."

When the old cross was not lit again, Nilsen took matters into his own hands by constructing a new cross made of PVC pipes. He says it's a labor of love he wanted to complete in time for Easter.

The 100-feet of lights will be solar-powered and shine over the borough through Sunday.

"It was worth it, though. I kept saying the whole time I was building it, I said, I bet people are going to be real happy to see it again."

But some people in Honesdale don't agree with the cross making its return, even if it's on private property.

"When the Freedom from Religion Foundation sued, I was in support of that. I liked the star. I think the star could be a secular thing. The cross obviously isn't, and I think we need to be a little more inclusive in town," Dennis Cheng said.

Dianne Kenyon says she understands why it was removed in the first place but likes seeing the long-standing tradition return to a new place.

"I think it's great that it's back. It's been there. I don't know why, you know, the whole thing of taking it down even mattered, but I'm glad it's back up."

Nilsen says overall, he's gotten a good response from neighbors, family, and friends. He says also plans to light the cross at Christmastime.