HONESDALE — Even before the pints are poured and the meals served, the work to brew beer and prepare food at Here & Now Brewing Company is a round-the... 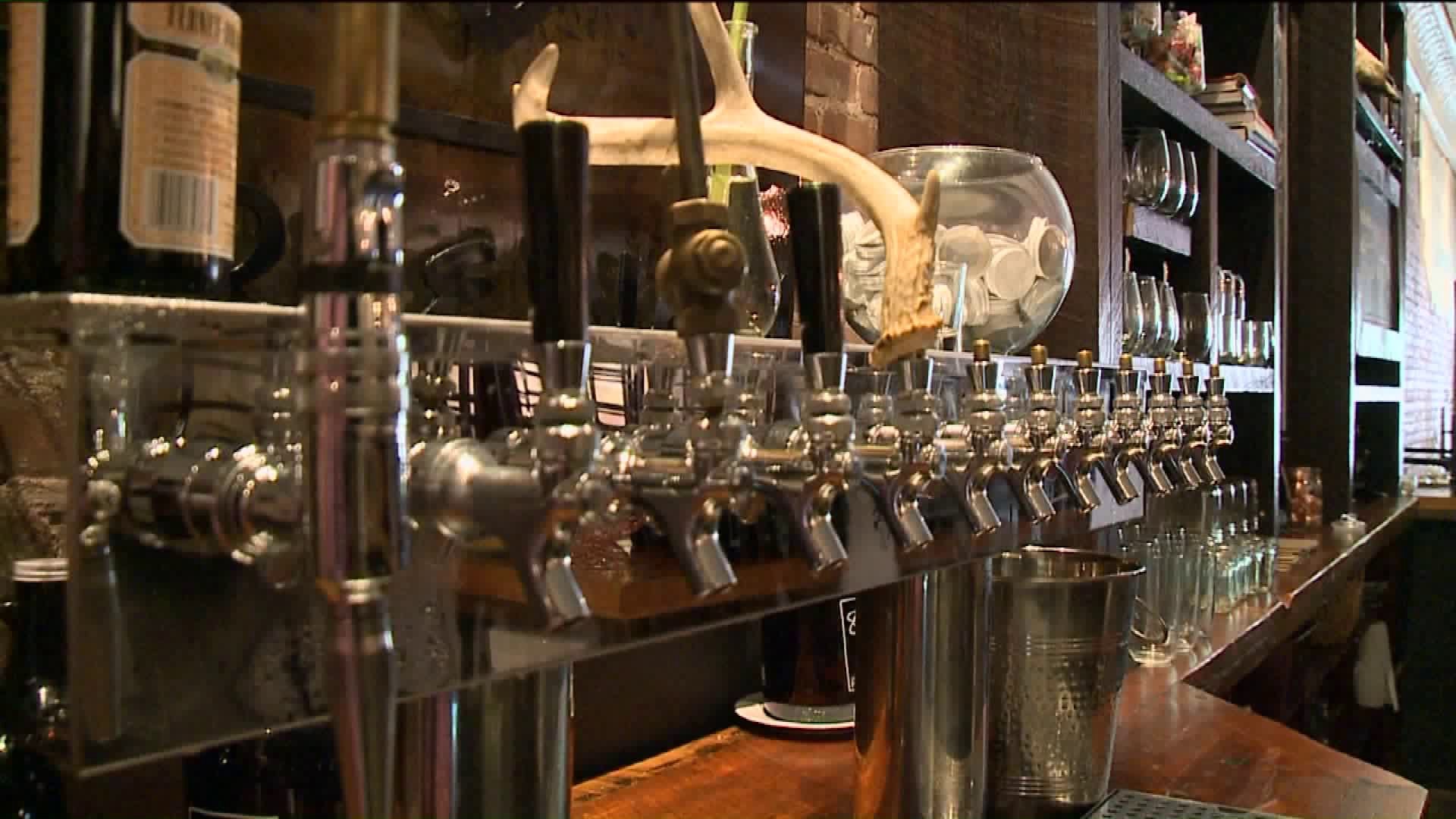 HONESDALE -- Even before the pints are poured and the meals served, the work to brew beer and prepare food at Here & Now Brewing Company is a round-the-clock operation.

Here & Now opened its doors this summer on Main Street in Honesdale. It was the culmination of a whole lot of planning.

"When I found the building, it was in horrible shape. The roof had been leaking for a very long time," said Allaina Propst.

Propst is one of the driving forces behind the operation.

At one time, the building was a Woolworth's Five And Dime and then a pharmacy. Now, it's a brewery and restaurant while keeping much of the original décor, including a tin ceiling.

"We were building it for at least three years, saws laying around, and all of sudden it took us a week. Within a week, there were bar stools in," said Propst.

Friday night couples pulled up to the bar. They noticed the transformation that's taken place at Here & Now.

"This is exactly what Honesdale needed. We've arrived," said Nancy Eisele of Honesdale.

"I like the old-fashioned look to it. It's a great place for us to gather," said Mark Eisele, Honesdale.

In the kitchen, Chef Ben Cooper and his team churn out pizzas and other dishes made with local ingredients. A way Cooper says Here & Now can support the farms and farmers.

A lot of what goes into the beer is locally sourced. Karl Schloesser has been busy brewing pale ales, saisons, and more. Hoppy to give this building a new purpose.

"So far we haven't been able to stop brewing because we have the good problem of people wanting our beer," said Schloesser.