HONESDALE, Pa. — A community in Wayne county is celebrating a historic milestone, marking 190 years since a train in Honesdale made railroad history. When... 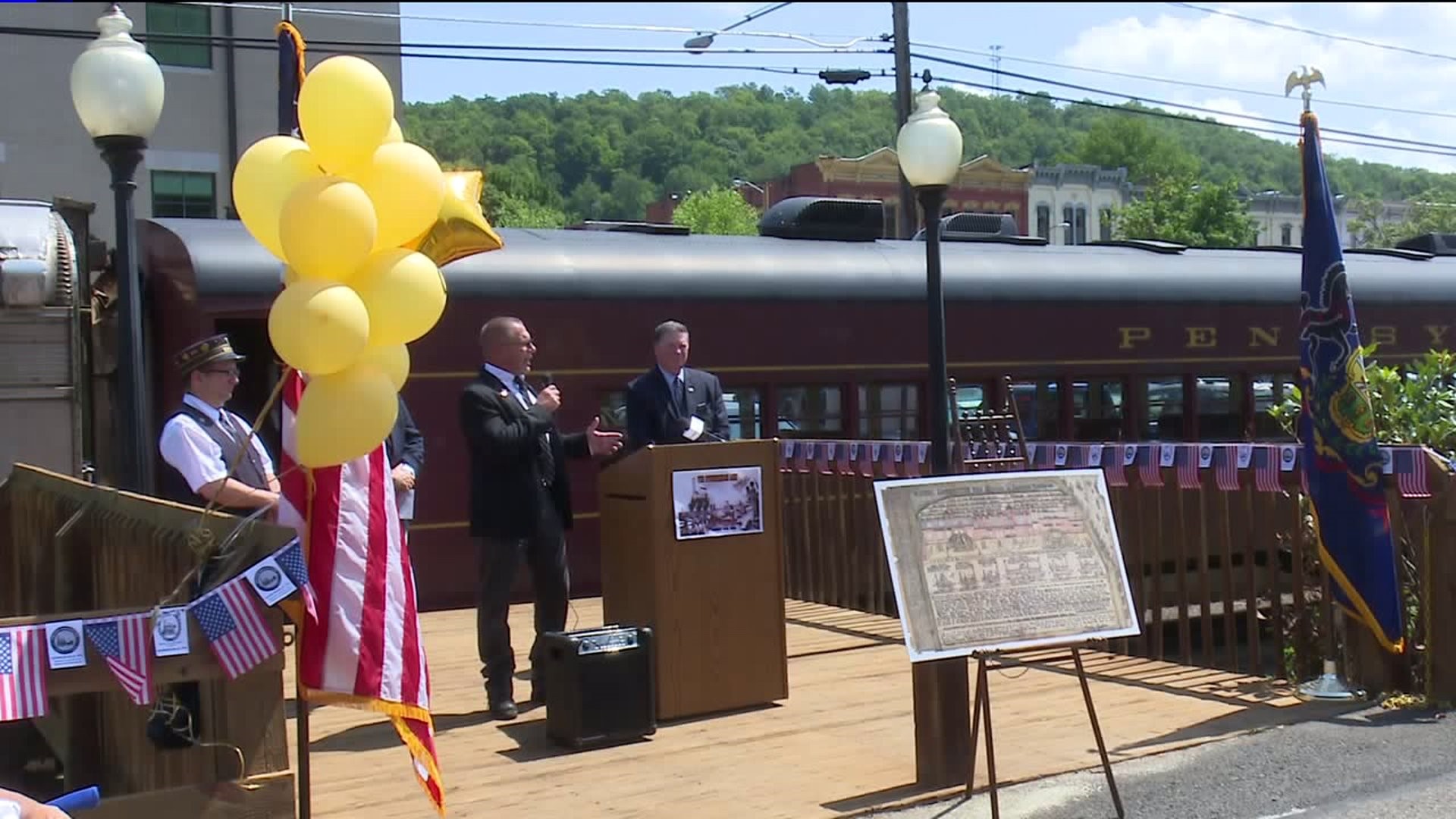 HONESDALE, Pa. -- A community in Wayne county is celebrating a historic milestone, marking 190 years since a train in Honesdale made railroad history.

When the Stourbridge Lion departed from Honesdale in 1829, a crowd of people looked on but refused to board the train, convinced they were about to witness a fatal failure.

Instead, they witnessed a momentous occasion in history. And 190 years later to the day, the Stourbridge Line tourist train is filled with people excited to mark a milestone in the railroad revolution.

The Stourbridge Lion was the first successfully run commercial train in the United States, giving Honesdale the title - "Birthplace of the American Railroad."

"This is a proud day for Honesdale and all of Wayne County," said Dan O'Neill.

A ceremony was held at the Wayne County Visitors Center Thursday afternoon to commemorate the occasion. An official proclamation was made by the county's Board of Commissioners.

In honor of the anniversary, hundreds of people got to board the "190th Lion Expres"s for a special ride.

The cars on this train are designed to give you a taste of what it was like to travel in the early days of the railroad.

People who came out to the celebration tell Newswatch 16 it's humbling to see how far we've come since the 19th century and were excited to learn more about what makes their hometown a part of American history.

"You think you know enough about it, and then you come here and it's just like tripled my knowledge. It's a gorgeous day and it's a great event," Carolyn Hanel said.

The Stourbridge Line tourist train runs a few times a week departing from stations in Honesdale and Hawley.

But on this day, it ran in honor of its namesake, the Stourbridge Lion.