UPDATE TUESDAY: The Wayne County coroner said Tuesday that standoff suspect James Sorrentino was shot in the neck and died from those injuries. The wound was no... 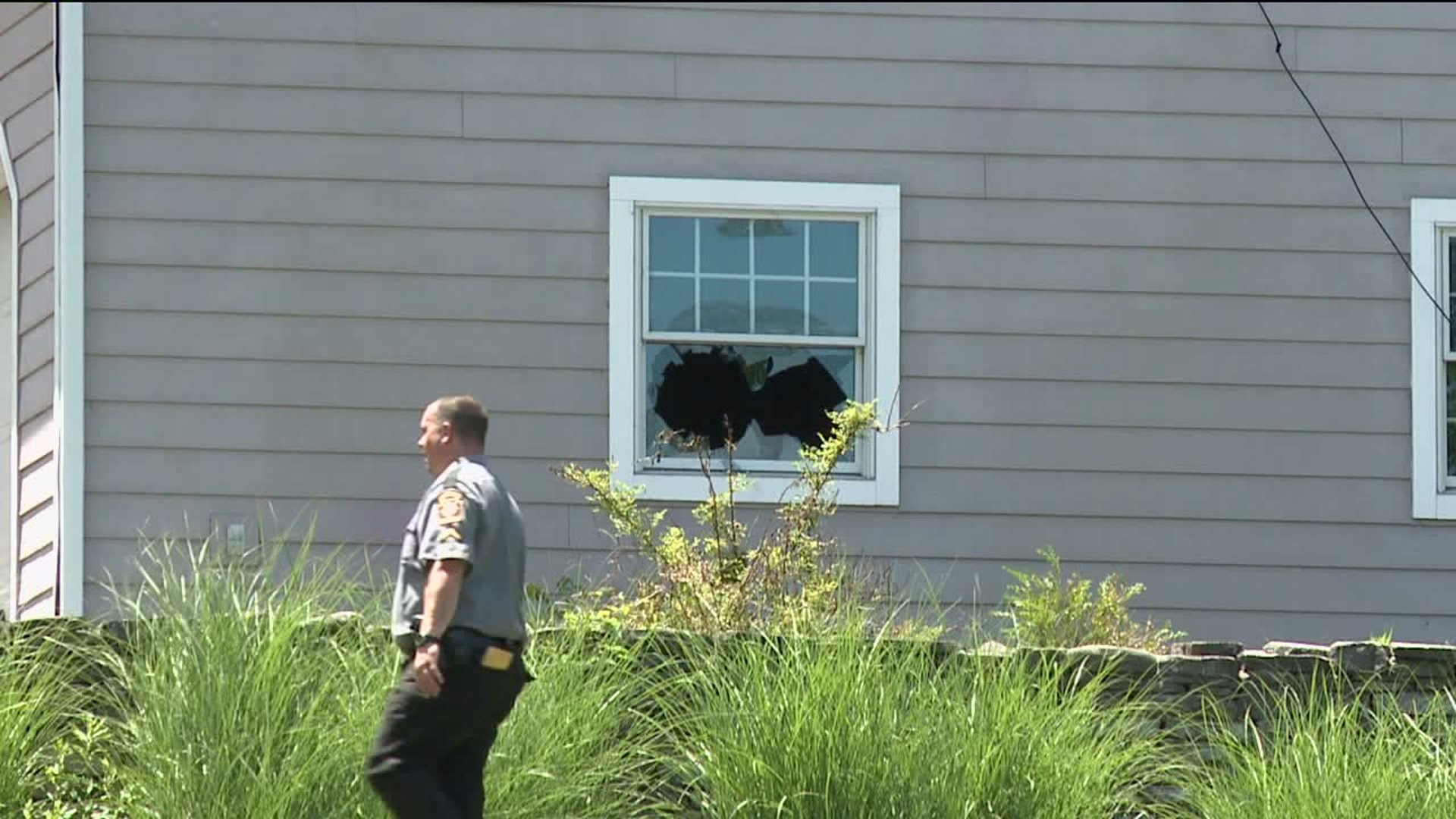 UPDATE TUESDAY: The Wayne County coroner said Tuesday that standoff suspect James Sorrentino was shot in the neck and died from those injuries. The wound was not self-inflicted.

The Wayne County district attorney will determine if troopers were justified in using lethal force killing of Sorrentino. 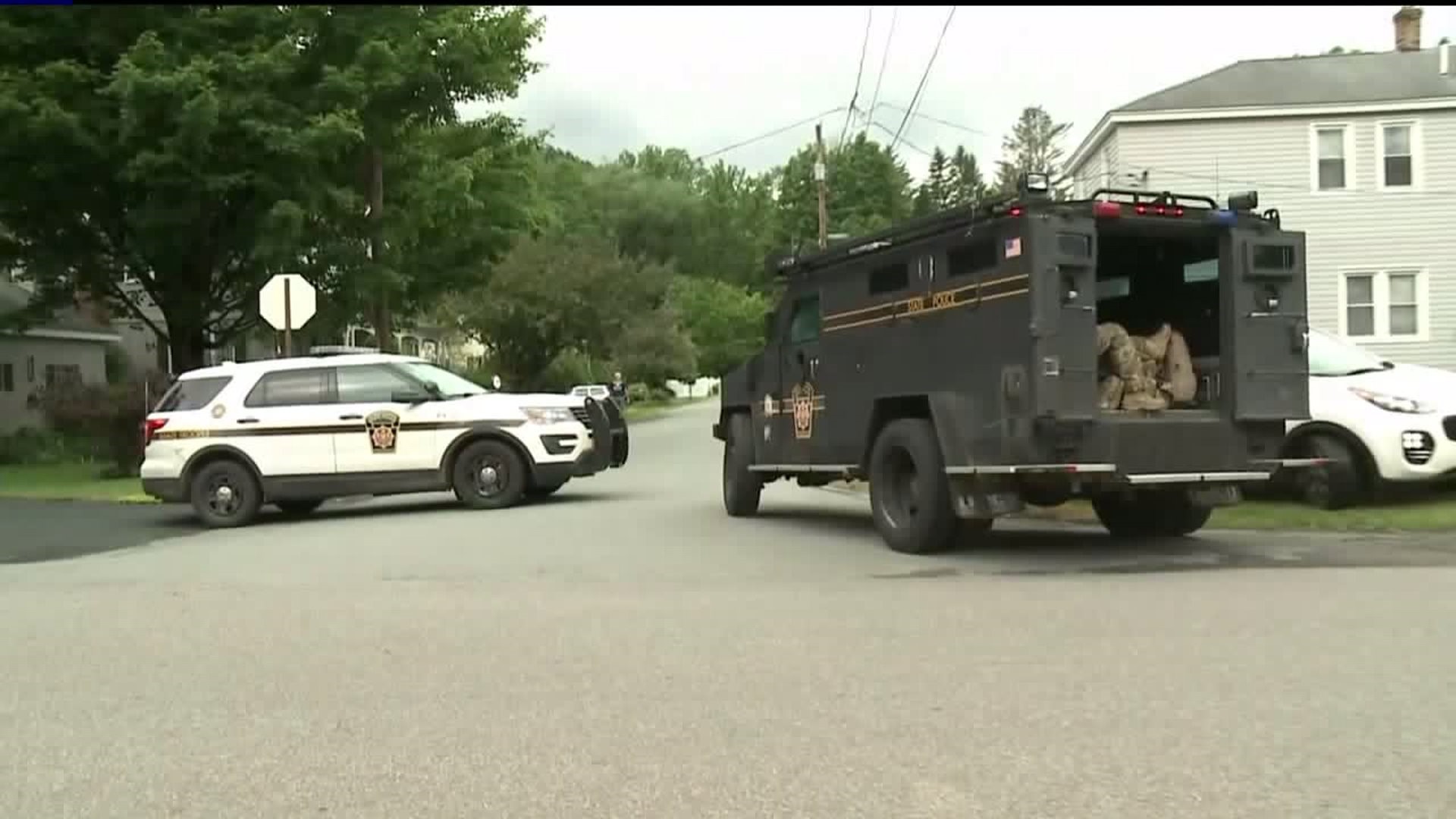 PROMPTON, Pa. -- A five-hour long standoff Monday morning in Wayne County ended with the suspect shot dead by state troopers and now prosecutors are investigating to determine if the shooting was justified.

Troopers responded to reports of a man shooting at family members and shortly after 7 a.m. investigators say James Sorrentino, 36, opened fire on state police and they fired back, killing him.

Neighbors were asked to leave after several hours of negotiations between troopers and Sorrentino.

"They never pressured the house. They stayed, in my opinion, a good distance away. They pleaded with the man, they tried to convince him that what he's done, nobody was hurt and to stop before someone does get hurt," said a neighbor.

That neighbor heard gunshots at the Sorrentino home on Balsam Swamp Road touching off the lengthy standoff. Investigators say Sorrentino had been treated for mental illness recently and was off his medications.

According to court papers, this all started around 2 a.m. when Sorrentino was acting strangely. His mother and brother were there and troopers say he opened fire on them with a shotgun. They got to safety and heard 40 to 60 rifle shots. that's when troopers moved in.

"It's a tough situation. It's a small neighborhood. Prompton doesn't have that many people in it."

A total of three troopers are now on administrative leave pending the outcome of the investigation which could take up to a week.

Court papers indicate troopers knew there were several rifles inside the home. There is no word if Sorrentino was allowed access to those guns.

Robert Grimes fought back tears as he talked about his neighbor of the last 11 years.

Grimes was waiting at his home. His next task would be caring for the Sorrentino's dog.

Edwin Giles has lived there for the past 13 years. He says it's a quiet neighborhood and there's never any trouble.

"Yes, I was surprised," Giles said.

Giles didn't hear any of the overnight activity, didn't hear the shots. He knew there was a problem when he took his dog out and noticed his neighborhood was swarming with police.

Three troopers will be placed on administrative leave while the investigation continues into the use of lethal force by law enforcement.

.@WayneCtyDA: Mr. Sorrentino would not cooperate with PSP. He as armed and pointing weapons at troopers. At 7:15 am he came out and fired at troopers. They fired back and killed Sorrentino.
“PSP used restraint in this situation and our office will investigate the incident.” pic.twitter.com/vrWlK6n03M