Man Charged with Breaking into Home, Shooting Man in Face

CLINTON TOWNSHIP, Pa. — A man is facing charges for breaking into a woman’s home in Wayne County and shooting a man in the face. According to state ... 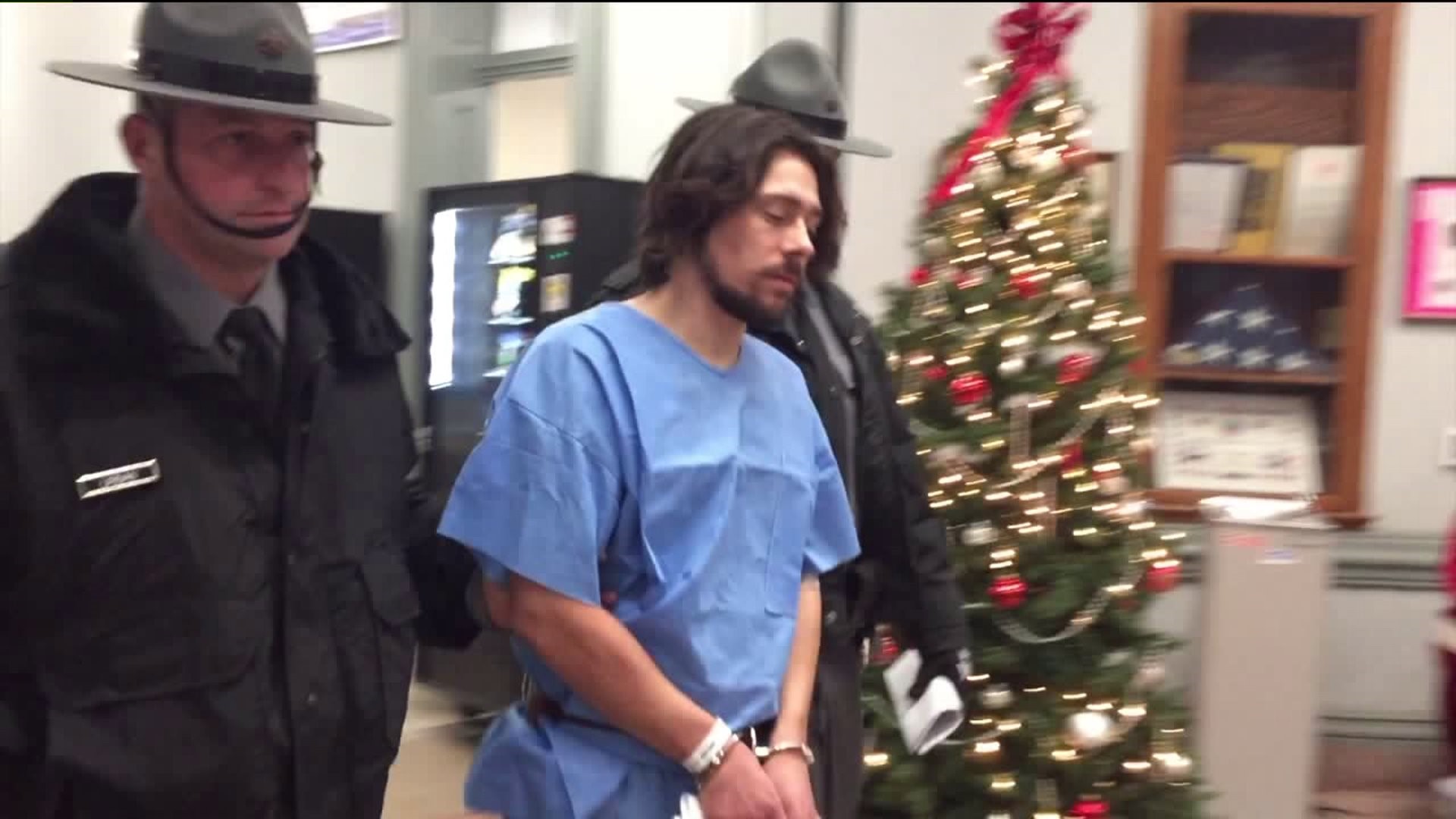 CLINTON TOWNSHIP, Pa. -- A man is facing charges for breaking into a woman's home in Wayne County and shooting a man in the face.

According to state police, Jesse Skates, 29, of Waymart, broke into a house on Martin Street in Clinton Township, near Browndale, just before 2 a.m. on Wednesday.

Troopers say Skates went in through a window. He had a rifle with him.

Inside the home, Natalie Crum heard the breaking glass and saw Skates coming through the window. She woke up Robert Beard, who was also asleep inside the home.

"The State Police Honesdale Barracks were notified that there was a home invasion up in Browndale. Midnight platoon responded to that area, and we found out that there was gunshots involved at that time," said Trooper Robert Urban.

Troopers say Crum and Beard argued with Skates, and Skates shot Beard in the face. They struggled, and the .22-caliber rifle broke. Skates then attacked the man with a knife, then left the scene. That's when Crum called 911. With the information she provided, troopers were able to locate Skates near his home on Elk Lake Drive in Waymart.

"The victim and everyone that was involved, they knew each other, so it wasn't a whodunnit. We knew who did it from the fact when it happened, so our job was just to go and apprehend that person," said Trooper Urban.

Neighbors tell Newswatch 16 that the couple has only lived here for a few months. Having something like this happen in Browndale is slightly unnerving.

"It is really. Although you never know today what's going to happen. Every day something happens. It's unbelievable," said Browndale resident Paul Petrilak.

State police say Robert Beard is expected to survive. He's currently in the intensive care unit at a hospital.

Jesse Skates is facing attempted homicide, assault, and other felony charges for his crimes in Wayne County.