HAWLEY, Pa. — For the last 64 years and 56 days, one wedding band has called Grace Paulnack’s ring finger, home. “Even when I got operated on,... 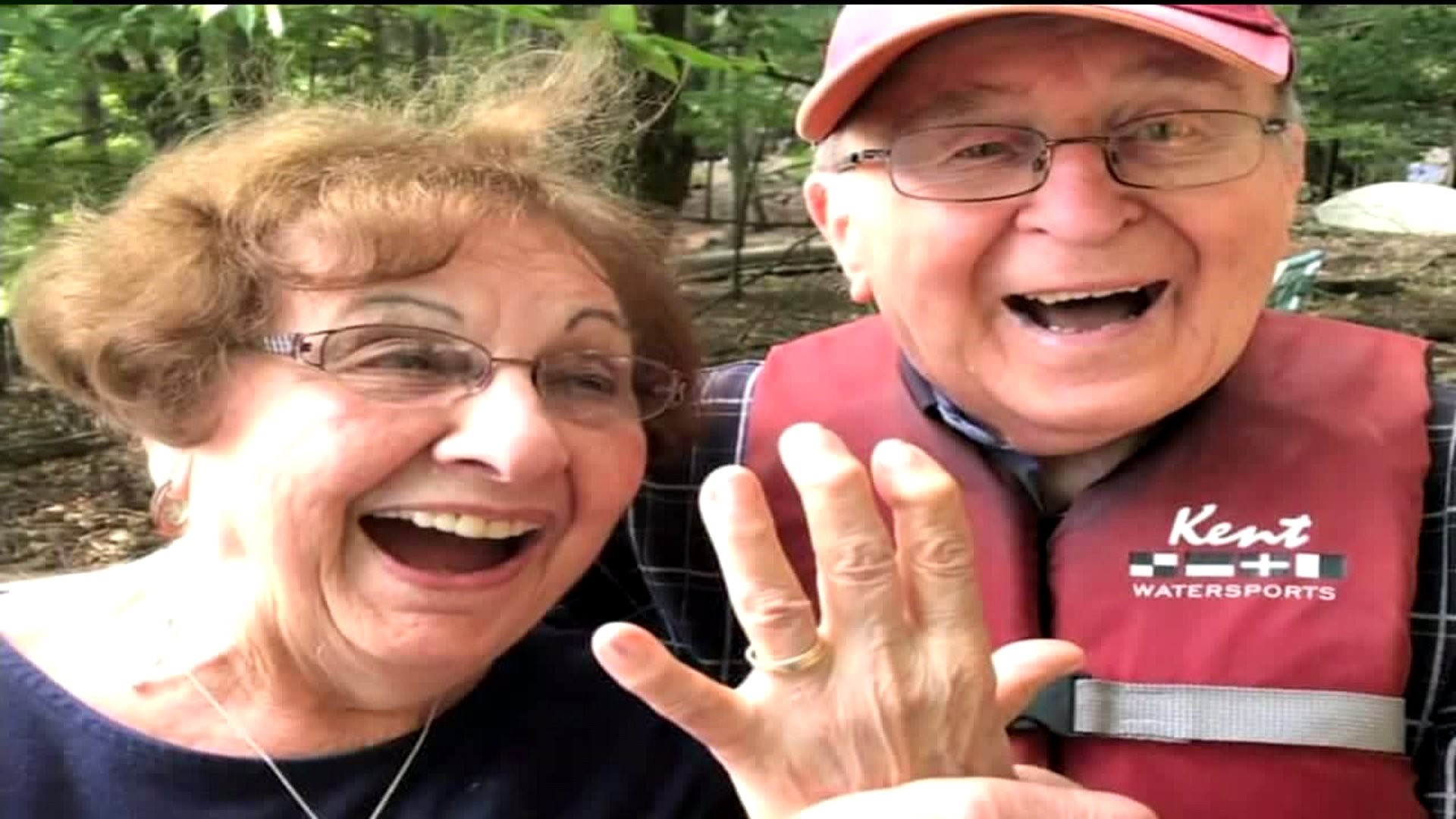 "Even when I got operated on, they had to tape it. I wouldn't take it off," said Grace Paulnack, Hawley.

On Tuesday, while Grace was walking on her dock at Lake Wallenpaupack, the unthinkable happened.

Grace and her husband, Carl will fill in the blanks.

"You know how you try to balance yourself on a dock, well flip! She's waving her hands around and the ring flings off, the ring that nobody could get off. And my two nieces were like, 'oh my god Aunt Grace, the ring just fell into the lake'," said the Paulnacks.

The ring itself was only worth $10 back when Carl bought it. But to him, it's worth a million bucks.

Carl called up members of Ledgedale Dive/Rescue Team to see if anyone could help and sure enough, help came.

"It seemed like he was down there for forever. I guess it wasn't, but still. Then he said 'is it two rings.' Because yes, the ring came apart. It's a nestle of rings. So when he came up and said, 'I think I found it' -- it was like a miracle for me," said Carl.

It was in this area of the dock where Grace lost her rings.

Carl, who was very determined to get them back, colored a piece of metal and dropped it where he believed the rings might have fallen.

Now just to give you an idea of how amazing this story is, it wasn't until the next day that divers were able to find them.

"I just hugged him even though he was soaking wet and had all that stuff on. I wanted to hug him but I was afraid I might push him in the water," said Grace.

Newswatch 16 reached out to members of the dive team for comment on the amazing recovery.

Dive Lieutenant Rich Slidgerski said, "Once I got the call, I knew we had to go out. Usually, we see people on their worst days. This was something fantastic."

"I am well again. I guess that is a good description. I am well again. Now, no one else seemed to be concerned about this. They were like eh well, but it was a big deal to me. I just thought we would go buy new ones and I said to Carl, we really don't need to buy another wedding ring. I said Grace if I have to, I'll build a dam around this place, I'll pump the water out and find it myself but I am going to get those rings back," said the Paulnacks