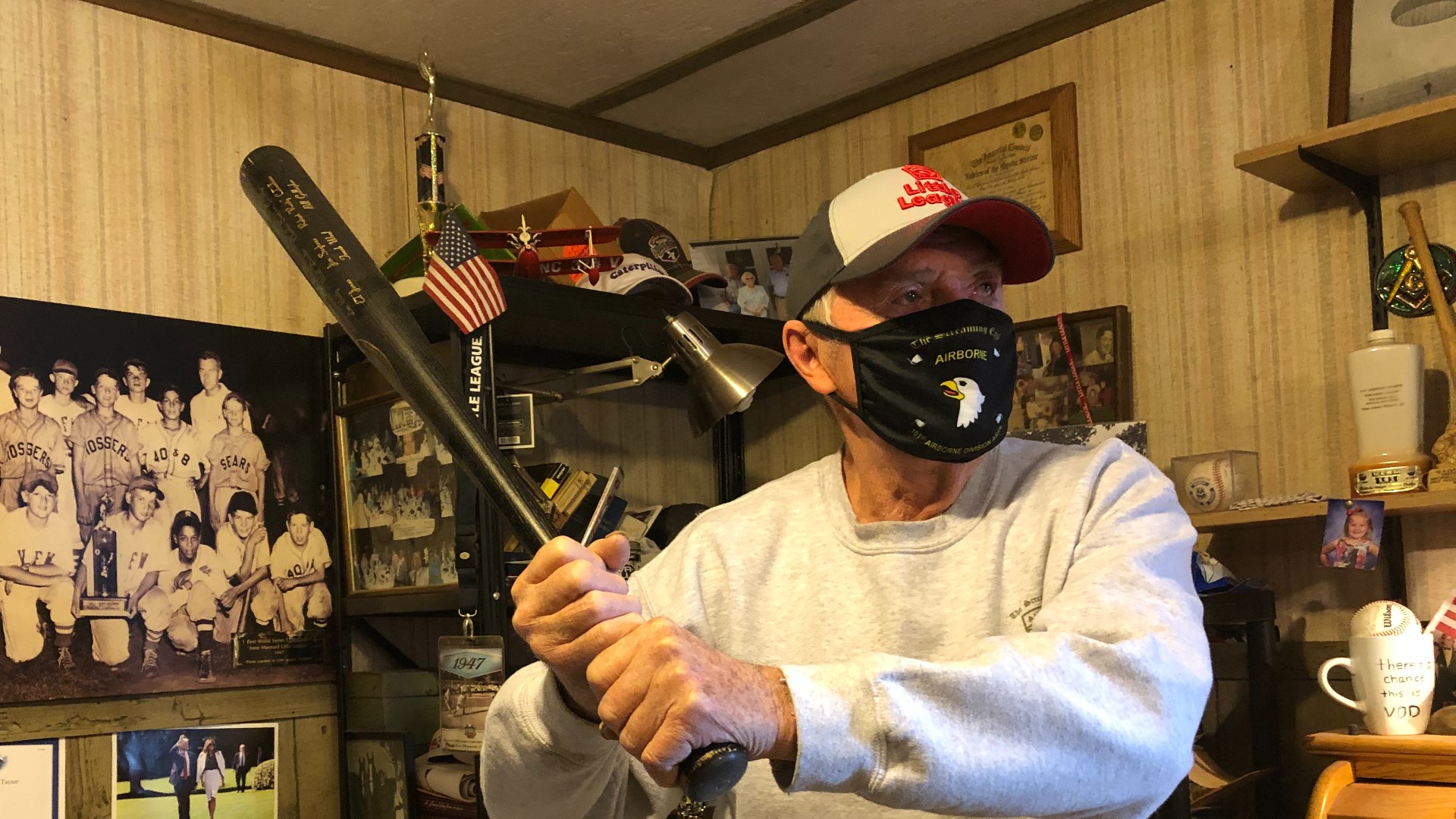 WAYNE COUNTY, Pa. — It's not every day a state representative and a state senator knock on your door. But that was the case for Ed Jonas of Wayne County.

Representative Jonathan Fritz and Senator Lisa Baker came as ambassadors of Little League to surprise Ed with a certificate of champions.

"You are one of the people they want to feature in the 75th anniversary, your story, your role in paving the way for kids," said Senator Lisa Baker.

Ed was a member of the 1947 Maynard Little League team that won the Little League Championship 75 years ago. Photos and memorabilia of that team are on the walls in his home north of Honesdale in Lebanon Township, reminding him of the good old days.

"It was a different world entirely it back then, you know, baseball, number one, it was, I think, Americans favorite sport, definitely the city of Williamsport," said Ed Jonas.

Ed hasn't played on the field for a very long time, but he still wants kids to continue that tradition and get out there and play.

Ed says it's amazing that the game he once played has grown to be known around the world. No matter what country you come from, the language is baseball.

"Those kids are laughing and carrying on. You are speaking in German. You're speaking in Japanese, and somehow, they're communicating together. But the whole thing is fun, and good clean fun," said Jonas.

Ed says there are only two other players still alive from that 1947 Maynard Little League team.

Ed says he tries to get to a game at Lamade Stadium every year and has big hopes for this year. As long as fans are allowed, Ed plans to be in attendance and hopefully ride in the parade.