SALEM TOWNSHIP, Pa. — When a woman stopped breathing at a McDonald’s in Wayne County three weeks ago, the right person was in the right place at the... 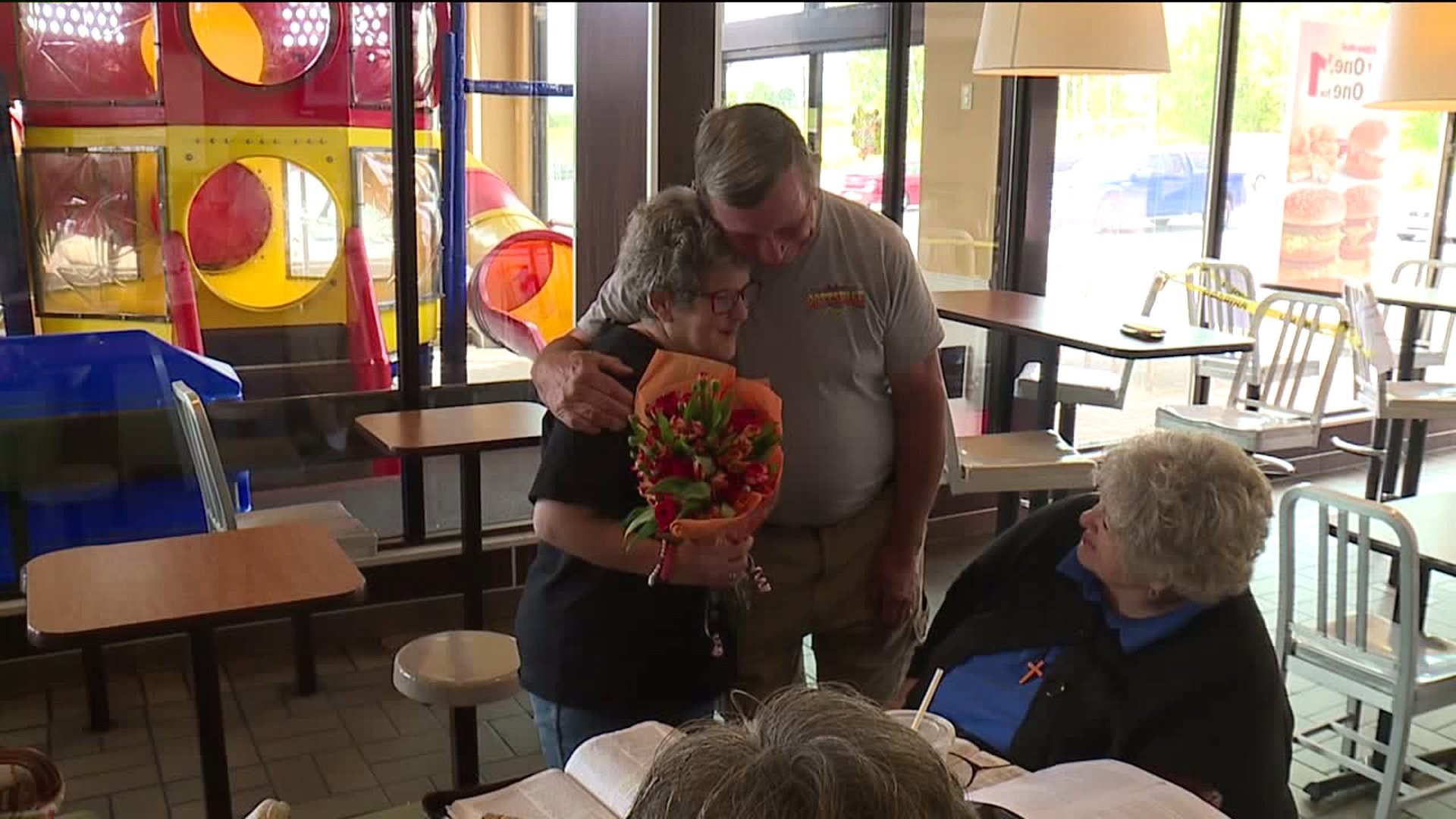 SALEM TOWNSHIP, Pa. -- When a woman stopped breathing at a McDonald's in Wayne County three weeks ago, the right person was in the right place at the right time.

Every Monday morning at the McDonald's in Hamlin, tables are pushed together, and folks gather around for bible study.

"Today is extra special because Laura is back with us. She's been in the hospital and then in a rehabilitation center because three weeks ago on a Monday, she coded right here in front of this machine, and we almost lost her," said Patricia Lee, the Pastor of Light of Christ Church in Mount Cobb.

But they didn't lose her. Laura Smith, an avid bible study attendee, is alive and doing much better because another customer in the McDonald's that morning was Jerry Peet, who spent 32 years as an EMT.

"I went up and got something to eat and I went back to my truck. They know me here, so they come out to get me. They said, 'We have a problem,' so I come back in and Laura was in cardiac arrest," Peet recalled.

First responders with the Hamlin Ambulance company were already out on another call when they got rerouted and they were there in two minutes.

"Which was amazing that God put the right people in the right place in order for her to be here with us today so we're just praising God."

Peet did CPR on Smith and was able to get her breathing again before the EMTs arrived.

For her first day back at bible study, Peet was invited to be here to meet Smith under better circumstances.

"That means a lot. I've been excited all night. It's tough. There's so many that you see that you can't save," Peet said. "It just doesn't happen. When you do get one, I have had three in 32 years."

"I'm holding back tears. I'm doing my best. The people here from church will tell you, I cry easy because God's emotions just pour through," Lee said.

Smith suffered a minor stroke in 2009 and another larger one in 2011. She doesn't really have the ability to speak, but her smile and tears during the reunion spoke much louder than any words.