Workers say it's like the movie "Groundhog Day." Every day means the same thing: removing snow. 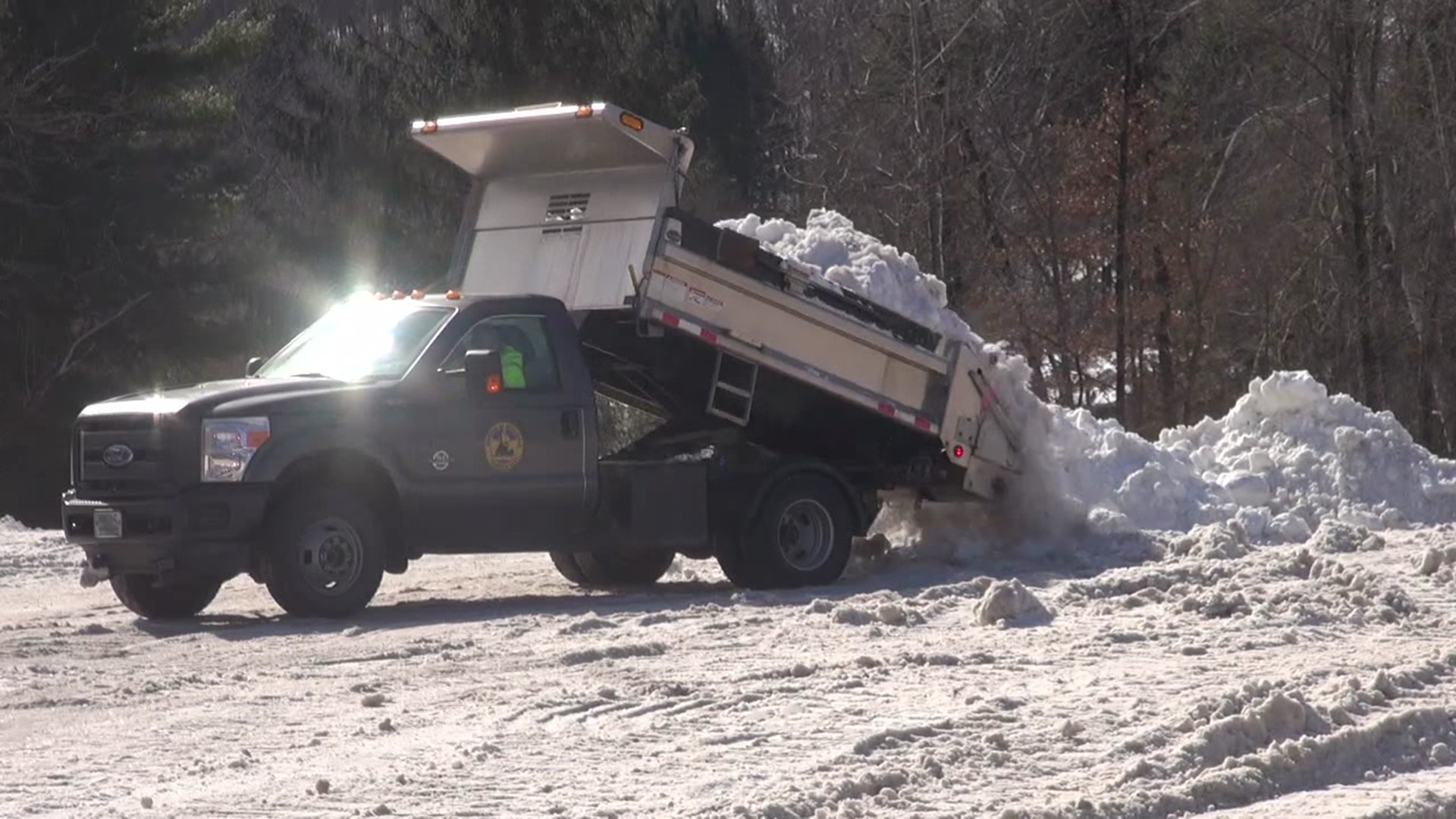 HONESDALE, Pa. — Two weeks after Mother Nature covered parts of Wayne County with nearly three feet of snow, some places are still getting rid of the piles.

Honesdale DPW crews have been working nonstop for weeks trying to clear the piles of snow from borough streets and moving it to the space in Veterans Park near the Honesdale Area pool.

DPW director Dan Brown says the colder temperatures may have kept the snow around longer but made it easier to move.

"It wasn't sloppy. It wasn't slimy. It wasn't getting sloppy or anything. It was easier to move. It was a nicer cleanup. And we can get right down to bare ground our way, and it's just a whole lot nicer," Brown said.

The Honesdale DPW has moved so much snow so far this year that the 50-foot wall of snow currently piled up could be even bigger by the end of winter.

"Some of the side streets, we have to move during the day because nobody's home. Everybody's at work. Most of the snow we moved downtown we have to do at night because everybody's home.

The borough wanted to get as much cleared out before the next storm is set to dump a few more inches.

"Keep moving snow. That's the only thing we can do. That's what we've been doing. We're just moving snow, getting ready and working our way down the line, and when it comes, it'll come."

Brown also said if they run out of room to dump snow at the park, they'll start piling it at the fairgrounds. And as a reminder, if you park on borough streets, you must move your car so the trucks can plow when the snow starts accumulating.