A business owner in Wayne County wanted to lift some spirits by sharing his patriotism in a special Memorial Day observance. 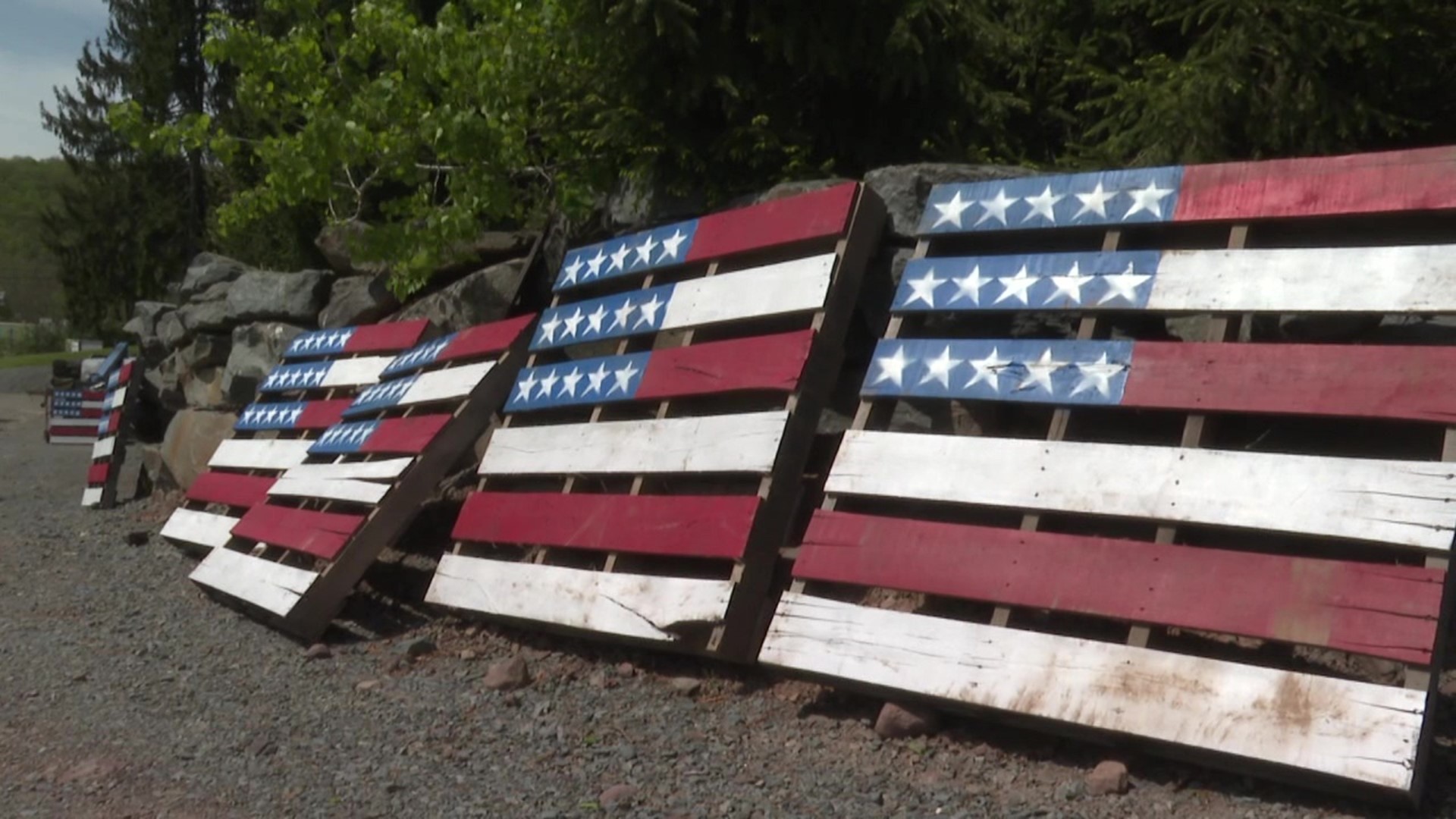 HONESDALE, Pa. — Memorial Day Weekend will be observed differently this year because of the coronavirus. Many parades and public events to honor those lives lost in battle have been canceled.

Adam Barziloski is a Marine Corps veteran and owner of an excavation business. He came up with an idea to use his leftover pallets and paint them as flags and crosses.

"Loved ones and family members of those who have fallen, just to know that we still recognize it and still do want to show our support for them," Barziloski said.

Adam's Hardscape and Excavation has many followers on Facebook so they posted on their page pictures of the pallets free to anyone who wants one.

It didn't take long for word to spread that the pallets were free and people were appreciative that they had something to put in their yards to observe Memorial Day.

"I saw this on Facebook," said Linda Glennen. "I thought, 'What a great thing,' so I came down to check it out. Hopefully, I can get one in my car."

"I was actually quite surprised, but it's nice because it just shows how many people in the community do appreciate little gestures like this," Barziloski said.

With no public events being held in the community, Adam wanted to find a way for others to show their support for this country not just this weekend, but all year.

"They're not just for Memorial Day. It'd be nice to keep them up all the way until the Fourth of July, until Veterans Day," he said.

"The Support for the United States, and because we're not going to have a parade this year so that kind of messes that up. I know the veterans always look for it," Skip Millar said.

Adam said if he knew the pallets were going to be this popular, he would have made more. If he has some free time and supplies for it, he will make more patriotic pallets and post in on Facebook if it happens.