Honesdale Business Opens its Kitchen Doors to All

HONESDALE, Pa. — After finding success in the culinary world, one business in Wayne County is giving back, opening up its kitchen for anyone to use. When ... 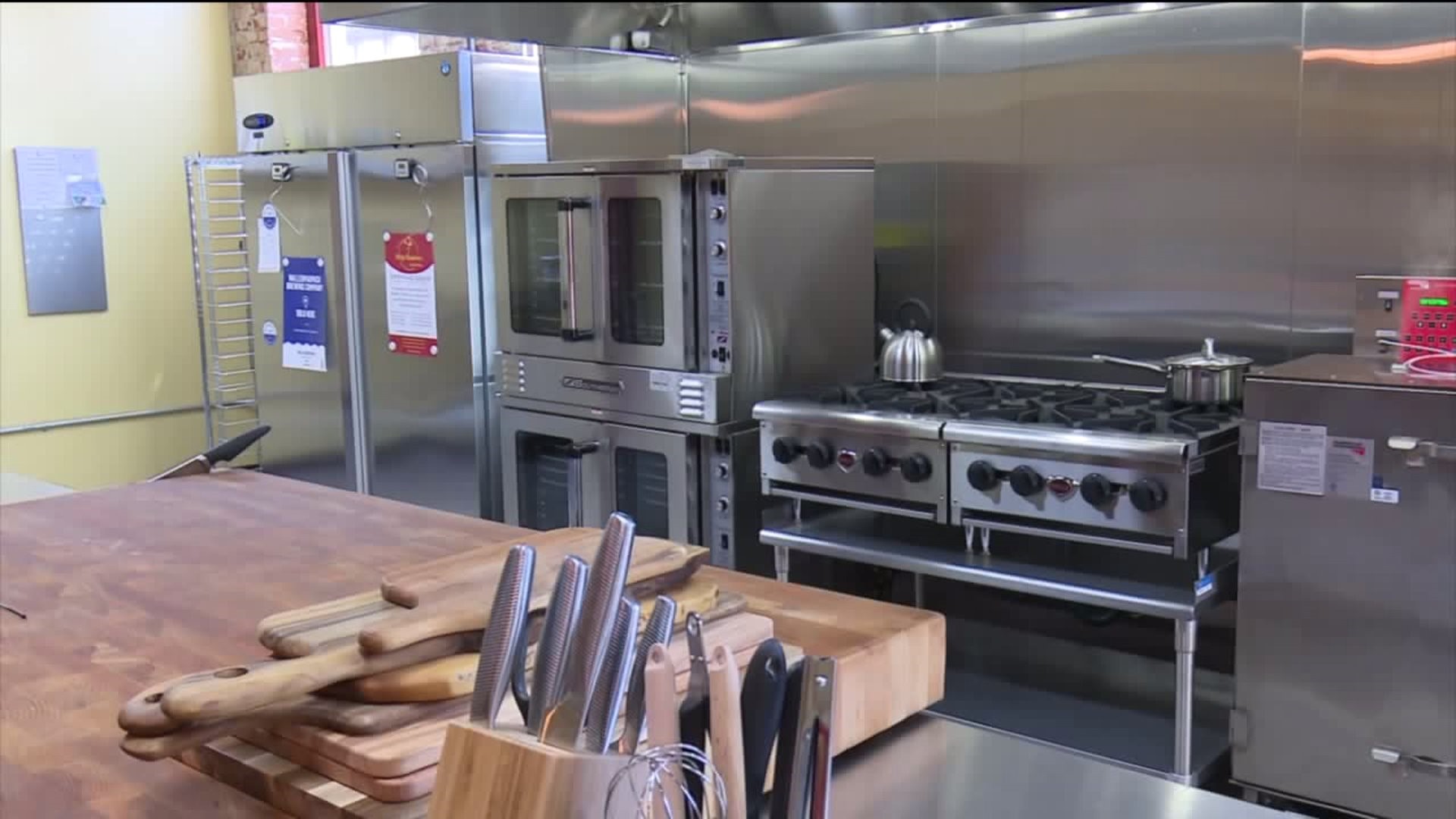 HONESDALE, Pa. -- After finding success in the culinary world, one business in Wayne County is giving back, opening up its kitchen for anyone to use.

When Jason Nacinovich and Chris Tuleya were just starting out making their hop-based barbecue spices and dry rubs, a nearby restaurant opening up its doors to the fledgling company and allowing them to rent out kitchen space proved invaluable to their success.

"We started adding hops to different rubs and different things that we were making and hot sauces and all of sudden we said, 'wait, we actually have something here.' People really got hooked on it, we only started with two rubs and now we're up to like five, and we're going to start making hot sauce," said Chris Tuleya, co-owner of Hop Baron Kitchen.

When business started booming, they decided to open up their own kitchen.

"But it grew into helping other people who are like us, that are starting a small business or want to grow their own business, and we figured, why not put in a nice commercial kitchen for them to use, as well as us," said Jason Nacinovich, co-owner of Hop Barons Kitchen.

Jason and Chris want to return the favor to other local businesses that helped them along the way.

The 1,600-square-foot commercial kitchen space, called Hop Barons Kitchen, is open to anyone who wants to use it -- whether you want to master a recipe, start your own baking business, or just host a dinner party with friends.

"The ideas are really endless. If they wanted to have Thanksgiving dinner here, they could," said Nacinovich.

"We actually met with someone last night who has been making cookies forever and she had been talking about it, opening a bakery for over 10 years, and just seeing her face and how excited she was, knowing that our objective is to work with people like that," said Tuleya.

All of the appliances and cooking utensils are in the kitchen for your use. You just have to bring your own ingredients.  Once you're done whipping something up in the kitchen, you can have a seat in the communal dining area and enjoy your meal with family and friends.

If you're a novice chef or business owner, Jason and Chris are willing to offer their expertise. They're also talking to folks who want to hold cooking classes at Hop Barons Kitchen.

"It definitely has that sort of community feel that helped us get started because we really had no clue what we were doing," said Nacinovich.

The phrase, "too many cooks in the kitchen" certainly doesn't apply here. But you do have to book your spot to rent out the kitchen. You can do so here.