Help Wanted for Pedestrians in Honesdale

HONESDALE, Pa. –  The streets of Honesdale bustle with people, even on a cold day. Busy sidewalks mean busy crosswalks. One night last week, a young girl ... 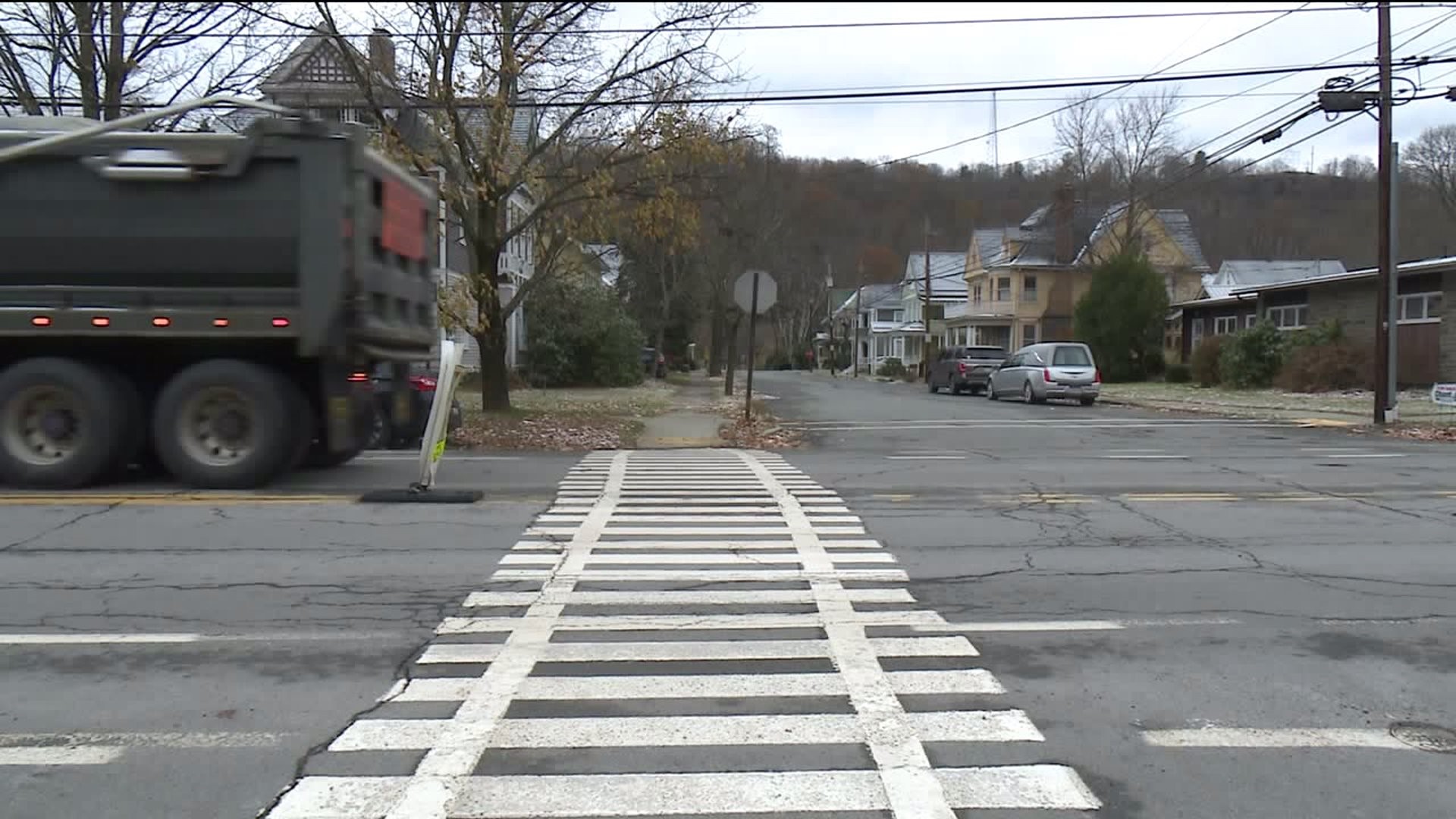 HONESDALE, Pa. -  The streets of Honesdale bustle with people, even on a cold day. Busy sidewalks mean busy crosswalks. One night last week, a young girl was hurt when she was hit while crossing North Main Street by the Wayne County Library.

"It's the responsibility of the driver to pay attention, to heed to those warnings because that doesn't always happen either. I've witnessed cars not stopping, people almost getting hit. I've witnessed people having to jump out of the road," said Jill McConnell of Finders Keepers Consignment Boutique in Honesdale.

"Particularly now this time of the year, it gets dark so early, and it's hard to see someone. It certainly is an undesirable crosswalk, and something will be done somehow with it," said Honesdale councilman Robert Jennings.

This part of Honesdale doesn't have as much foot traffic as downtown does. That's why it's important for both drivers and pedestrians to be aware when using the crosswalk here.

"You know the drivers are sometimes looking at their cell phone or they're not looking for traffic, people coming across. They may be looking for cars and not be looking for people," said Honesdale resident John Williams.

That's why there's an effort to get a crosswalk signal by the library.  Its flashing lights would alert drivers to pedestrians in this dimly lit part of town.

"It definitely couldn't hurt. I think it's helpful to have that attention. I know it helps me as a driver," McConnell continued.

North Main Street, through Honesdale, is also Route 191. Because it's a state road, the borough would have to get a crosswalk signal approved by PennDOT, and that could take a while.