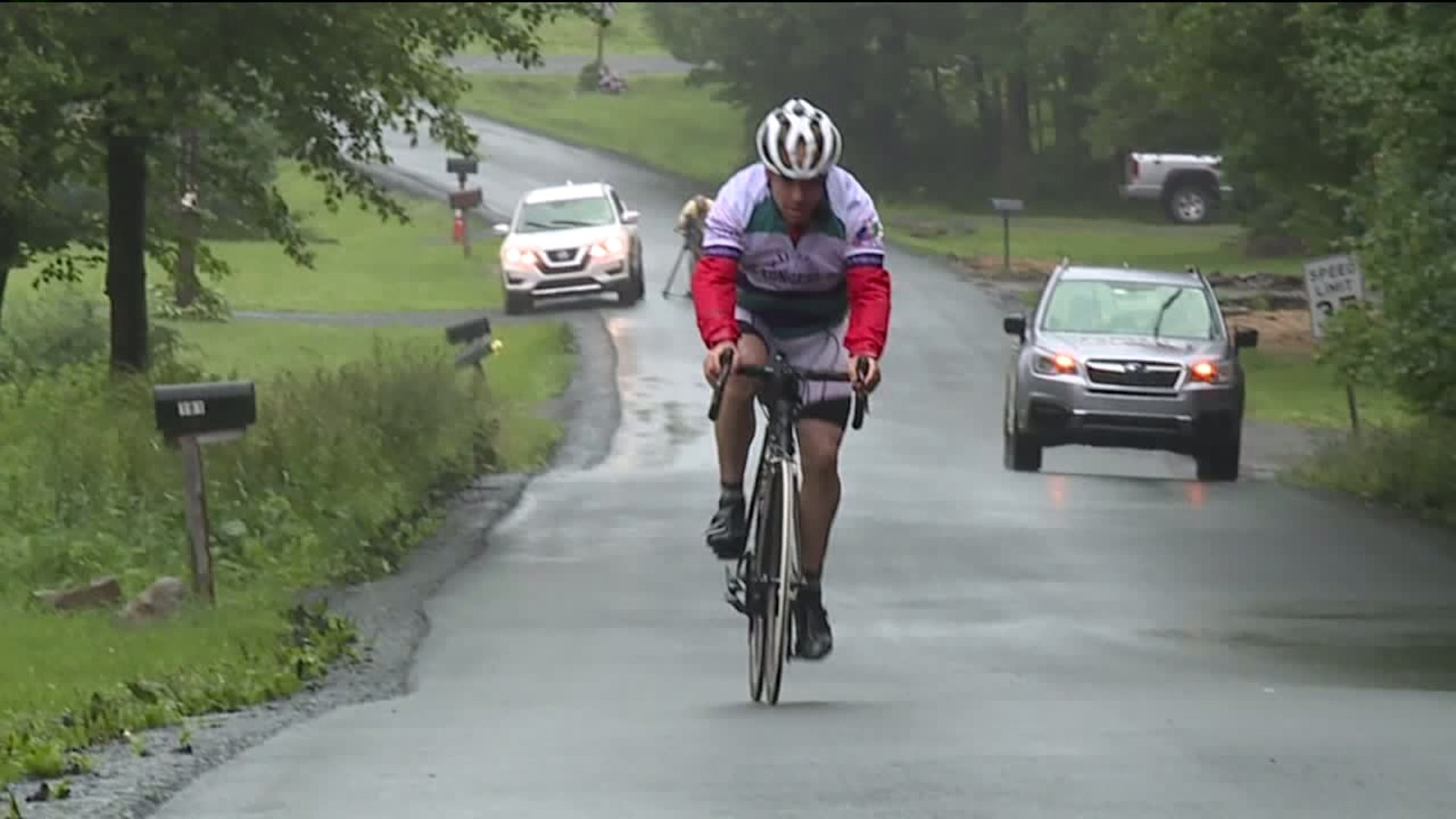 Then Lockwood got on his bike and headed out on his long journey.

Lockwood is cycling about 80 miles from his home in Wayne County to where he grew up in Denville, New Jersey.

It is a trip in honor of his mom, Maureen Lockwood, whose name he is wearing. She had Alzheimer's disease and died five years ago.

Lockwood is making this trip on the summer solstice, as part of a worldwide event to raise money and awareness of Alzheimer's disease.

“The longest day is the summer solstice, the day with the most light is the day we fight, and so we have been raising awareness, but Kevin has also raised over $4,000 to help fund research, care, and support services, and so many other things for families impacted by this disease," said Clay Jacobs of Alzheimer's Association of Greater Pennsylvania.

“It is not about my success. People have said to me, ‘Hey! That’s awesome! You’re doing such a great job!’ I didn’t do anything. I'm going for a bike ride. That’s pretty darn easy in my opinion," said Lockwood.

Lockwood calls this the first of many more rides like this. He plans to do one every year on the summer solstice.