HAWLEY, Pa. — Some drivers are on extra alert in Hawley. They tell Newswatch 16 shots were fired into their cars as they traveled along Route 6 and now st... 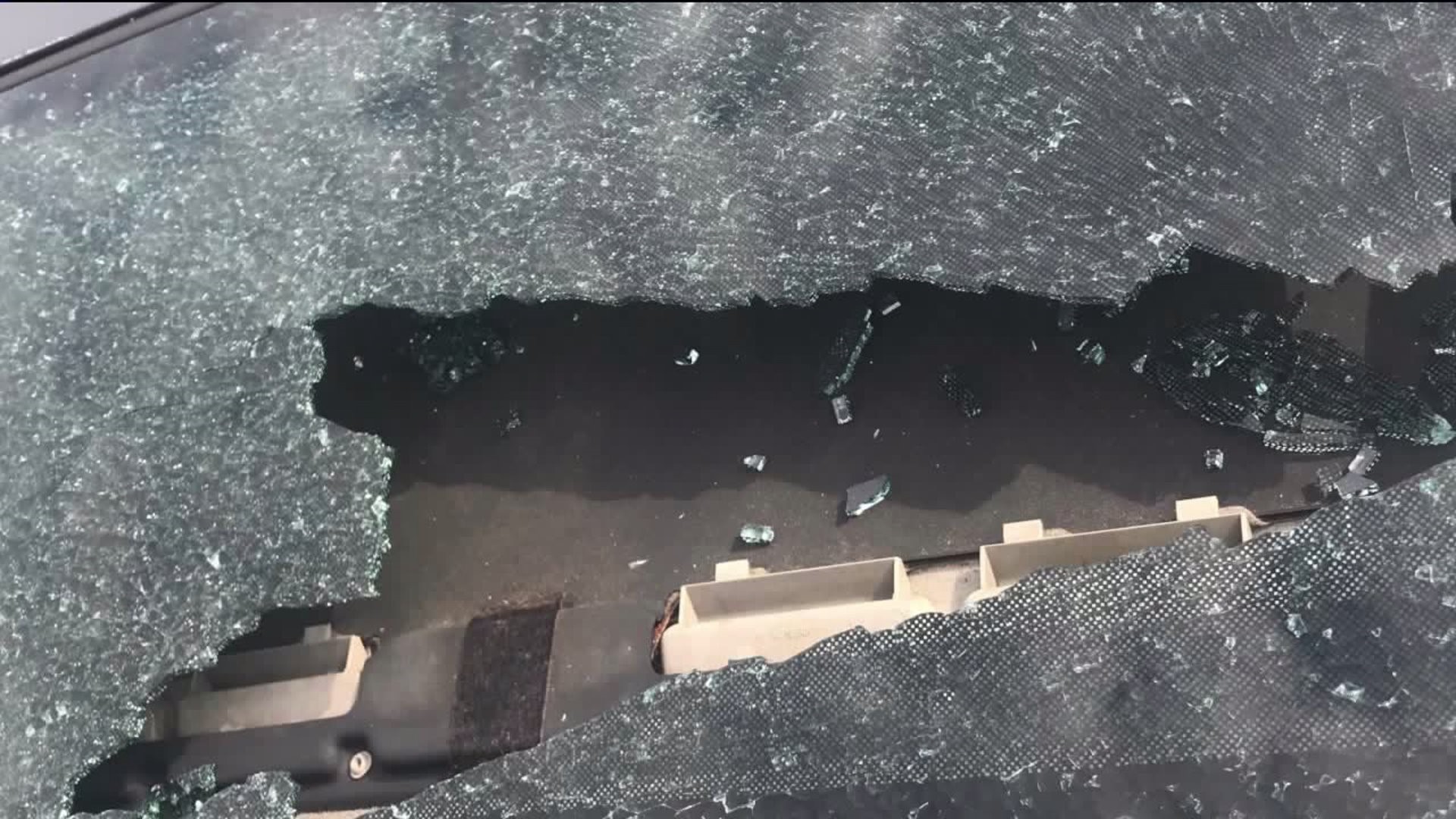 HAWLEY, Pa. -- Some drivers are on extra alert in Hawley. They tell Newswatch 16 shots were fired into their cars as they traveled along Route 6 and now state police are investigating.

"I am just driving along listening to my music, jamming out, and all of a sudden, my windshield breaks. I was scared."

For Kaitlyn McGrath, Tuesday night was supposed to be like any other night in Wayne County. Just before 11 p.m., the woman from Hawley was on her way to pick up her husband from work. As she was driving along Route 6 in Hawley, she heard a noise.

"I hear this loud pop and all this glass falls down and I kept driving because I did not want to stop and cause an accident or something," McGrath said.

McGrath tells Newswatch 16 her sunroof was shot out. She soon learned she wasn't the only victim.

"It is not right, that people have to worry about being shot while they are driving. I do not understand what is wrong with people."

Stephanie Pombo pointed out the damage her car sustained while she was while driving along Route 6 near Hawley.

"It is insane," Pombo said. "We live in Hawley. I don't live in New York for a reason and this is what happens to my car."

Even though it may cost a lot to replace the broken glass, drivers are counting themselves lucky because no one was seriously injured.

State police are still searching for the shooter.