Newswatch 16's Courtney Harrison shows us the treasure he discovered in a river in Wayne County and how he wants to find who it belongs to. 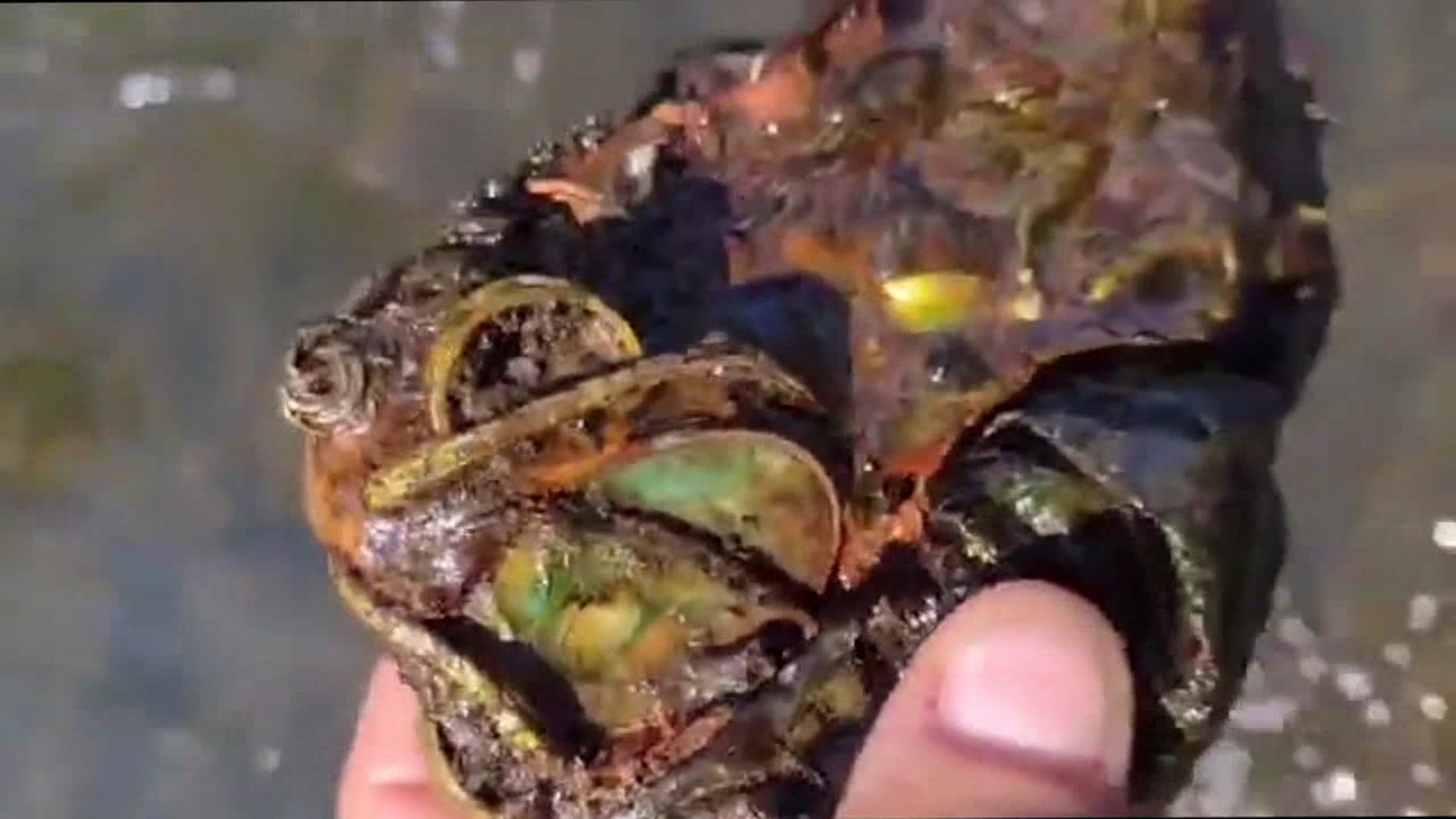 WAYNE COUNTY, Pa. — Richard Gasker was fishing in the Lackawaxen River near Honesdale on Monday when he noticed something shiny in the shallow water. When he pulled it out, it wasn't anything he was expecting to catch that day. It was a massive hunk of jewelry solidified with mud.

"When I got closer, I actually thought it was a can. And then when I reached down and grabbed it, it was like one big hunk of rock. And then, once I pulled it out of the water, it was amazing. My adrenaline was going crazy, and I see gold rings and stuff like that. And I didn't know what to do," Gasker said.

Gasker took the mass of mud and jewelry home and spent more than 10 hours trying to separate everything. He made a board to hang all the pieces he cleaned. So far, he's found more than 40 pieces of jewelry.

"It was like a hard rock. I mean, you could take it, drop it on the table, and it would not break up. I mean, I actually twisted it gently as I could and broke it up in the sink with toothbrushes and screens out of my windows. I really tried to be creative."

There's no telling how long the jewelry was in the river, but Gasker hopes that people see these pieces and maybe recognize one in particular.

"You see the USN on there, and I'd like to find the owner and give this stuff to them. And this is pretty important. Somebody served the country. And this is a family's stuff. They should have it."

Gasker took the Navy ring to an area jeweler who told him it's too eroded to really get a good idea who it belongs to. Gasker has turned his findings over to state police in the hopes that they can help identify who the jewelry belongs to and return any of the pieces to the rightful owners.