SALEM TOWNSHIP, Pa. — Americans marked this somber anniversary of the 9/11 terror attacks, including in the Poconos where many who witnessed the horror th... 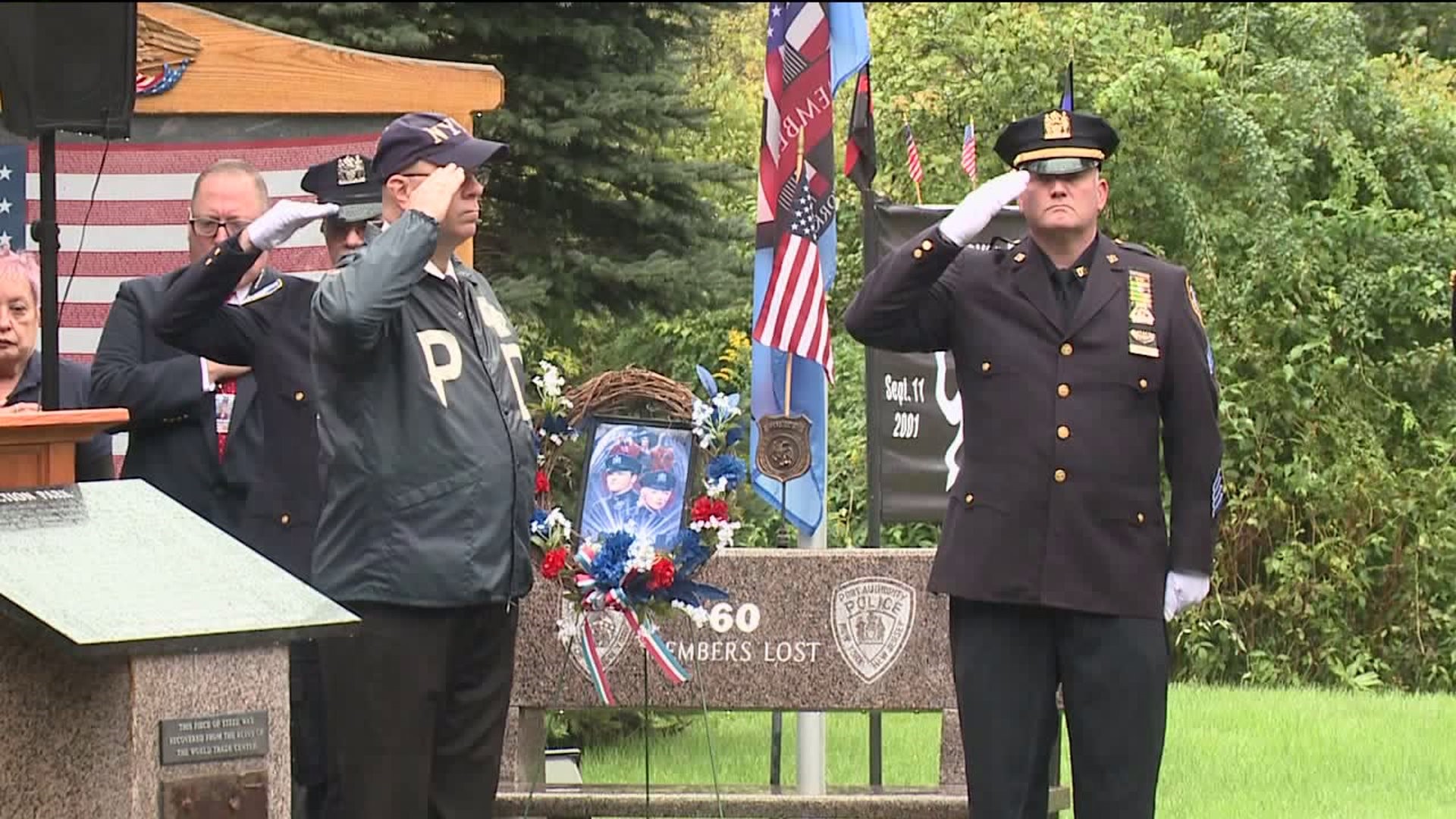 SALEM TOWNSHIP, Pa. -- Americans marked this somber anniversary of the 9/11 terror attacks, including in the Poconos where many who witnessed the horror that day now live.

Each year on September 11, Reflection Park at the Hideout near Hamlin is where many come to remember a dark day in our nation's history.

"The hopes and dreams of thousands of our fellow citizens--and for some of us, our coworkers--ended on that day. But we promised we would never forget. So, we gather in this beautiful memorial park in their memory as we've done each year since the attacks and as we hopefully will continue to do every year forward from this day," said organizer Bill Wagner.

Reflection Park was created in honor of all those lives lost 17 years ago. Some who saw what happened in New York City are still coping, still grieving.

"We saw it hit the second tower," said retired NYPD Officer Barry Neiss. "I jumped in the air, let go of my prisoner, hands on head. By the time I came down, I said, 'We're under attack.'"

Lost that day were hundreds of first responders, police, and firefighters. They were honored here by many who continue to answer the call.

"We would have given our lives for just one person that day jumping out of those buildings," said Neiss.

"Not just police officers and firefighters, everyday civilians were going into those buildings. We did rescue people, did everything we could. Not everyone came out," said retired Port Authority Officer Robert Essex.

These memorials are filled with stories and sounds--symbols of the scars left on us all and the healing that may never come.