SOUTH CANAAN TOWNSHIP — A farmer in Wayne County is getting help from neighbors caring for two dozen pigs that survived a fire, but he lost many more of t... 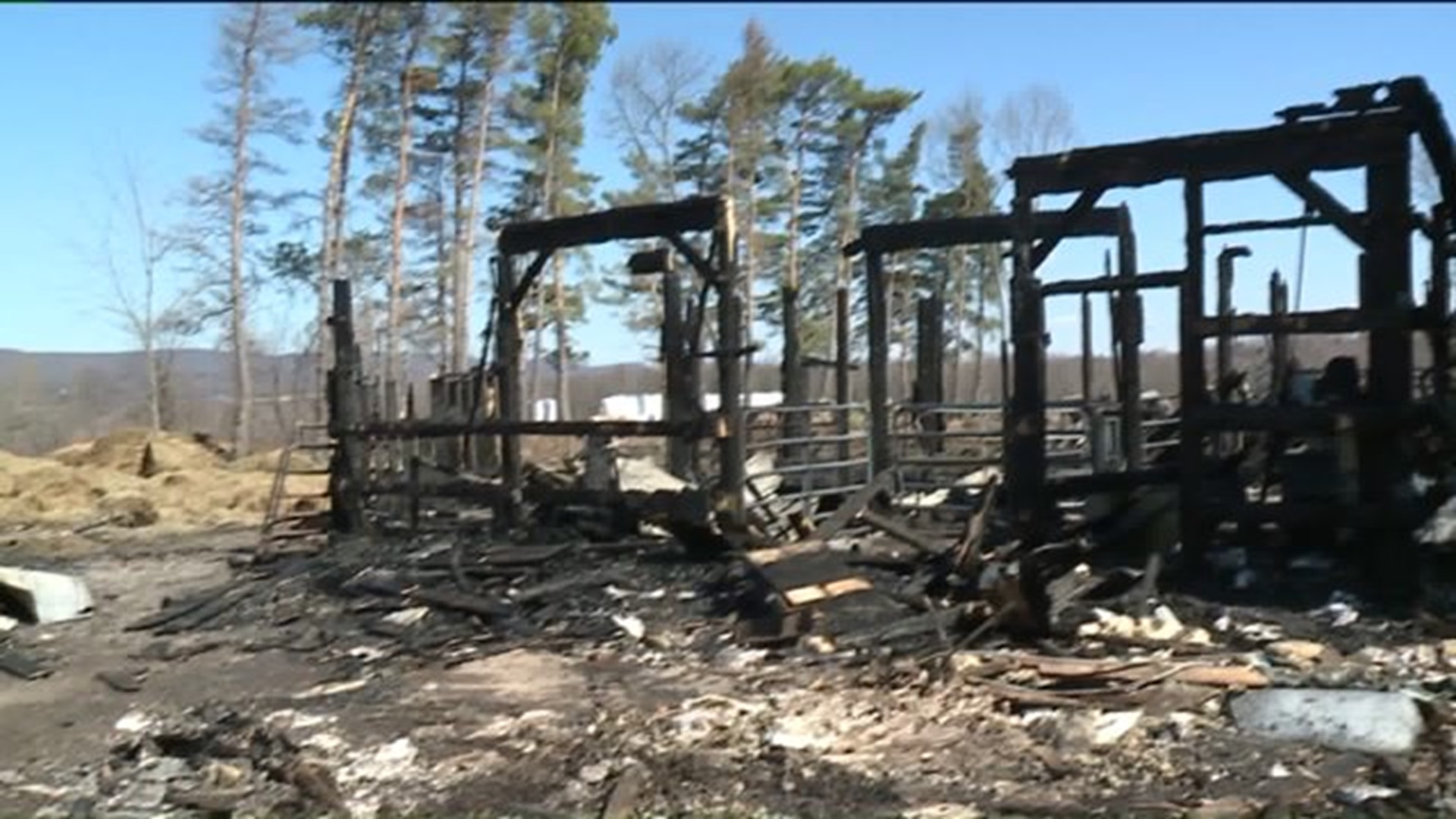 SOUTH CANAAN TOWNSHIP -- A farmer in Wayne County is getting help from neighbors caring for two dozen pigs that survived a fire, but he lost many more of them when two barns burned.

Nearly 60 pigs and piglets died in the fire and a family lost generations of work to flames.

Roger McKinney comforted some of the surviving pigs on Tuesday, feeling fortunate at least some could be saved.

Fire destroyed two barns near South Canaan.  The pigs ran free, at least the 25 that could be saved. The fire was too much to get most of the pigs out.

"It was mindboggling fast.  It was 15 mile an hour winds. The firefighters could have been a block away and it would have went just as fast," said McKinney.

Now Roger McKinney looks at what's left of his family farm -- not much -- and he gets emotional thinking of that helpless feeling when he couldn't get to 57 trapped pigs.

There was an older barn that Roger helped pound nails into with his family back when he was a boy, and a newer barn was just finished last year.  Now all of it is gone.

But the McKinney family is grateful to all who helped as the barns burned, including the tough task of getting pigs out of the barns and then getting those free pigs in pens.

Knecht and her husband offered their horse barn as shelter for the surviving pigs. Many of them have some burns but a vet tells McKinney they'll be fine.

"He helps us out. We help him out," said Knecht. "It's usually a horse barn, but in an emergency, you just do what you have to do and put them where you can."

"I got to say thank you. Thank you from the bottom of my heart," said McKinney. "Everyone was great."

But what comes next isn't an easy question to answer.

McKinney says he has insurance, but the barns weren't fully insured.

A state police fire marshal calls this fire an accident, but says there's too much damage to determine an exact cause.