SALEM TOWNSHIP, Pa. — A fire destroyed a business and two apartments in Wayne County. It happened around 1:30 a.m. on Thursday at Backdraft Sports Bar &am... 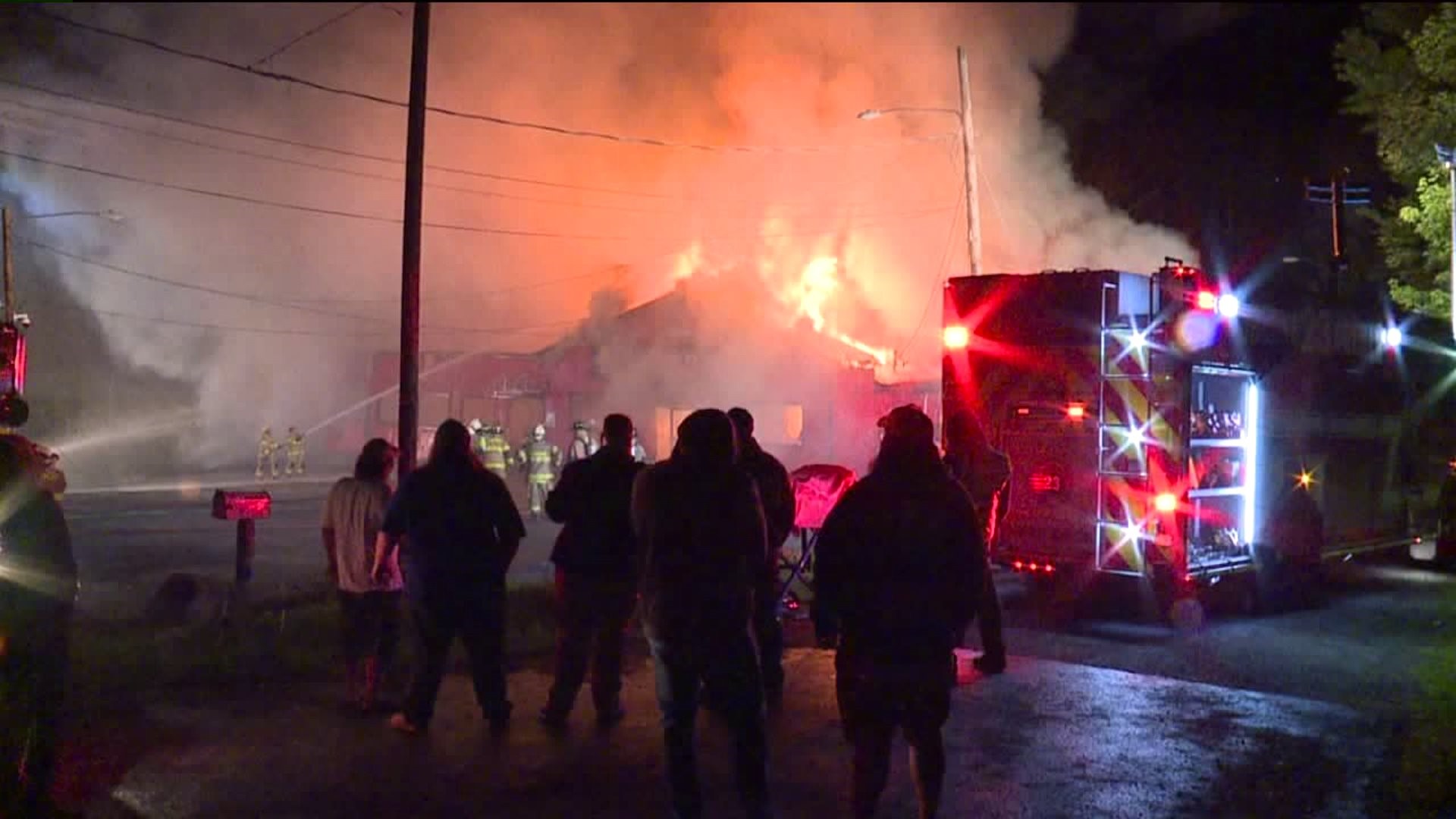 It happened around 1:30 a.m. on Thursday at Backdraft Sports Bar & Grill on the Hamlin Highway.

Smoking wreckage was all that remained of the business near Hamlin just a few hours later.

"I was like 'Oh, my God,' it's gone. I mean there's nothing left to it. It's gutted totally," said Sandra Faulkner of Lake Township.

The business was closed when an employee finishing up inside said he saw an orange glow from the patio area. He tried to fight the flames with a fire extinguisher, but that did not help.

Two people living in two apartments on the second floor above the fire got out safely.

"We saw a glow in the sky as we came through Hamlin Corners, we knew we were going to be engaging a large fire," said Fire Chief Steve Price of Hamlin Fire and Rescue.

The owner of the business told Newswatch 16 he has owned the bar and restaurant for about seven months, though it has been in the area much longer.

"It's a shame, been here quite some time, you know? It's a historical part of the area where people go and eat and drink and entertainment, so it's a big loss," said Caesar Matacchiera of Lake Township.

"Many people have friendships there, many people you know would get out of work and go there and just relax, bands were great that they got in to play anytime. It was just a nice place to gather and a nice place to be," said Faulkner.

State police are investigating the cause of the fire, but have so far ruled it undetermined. 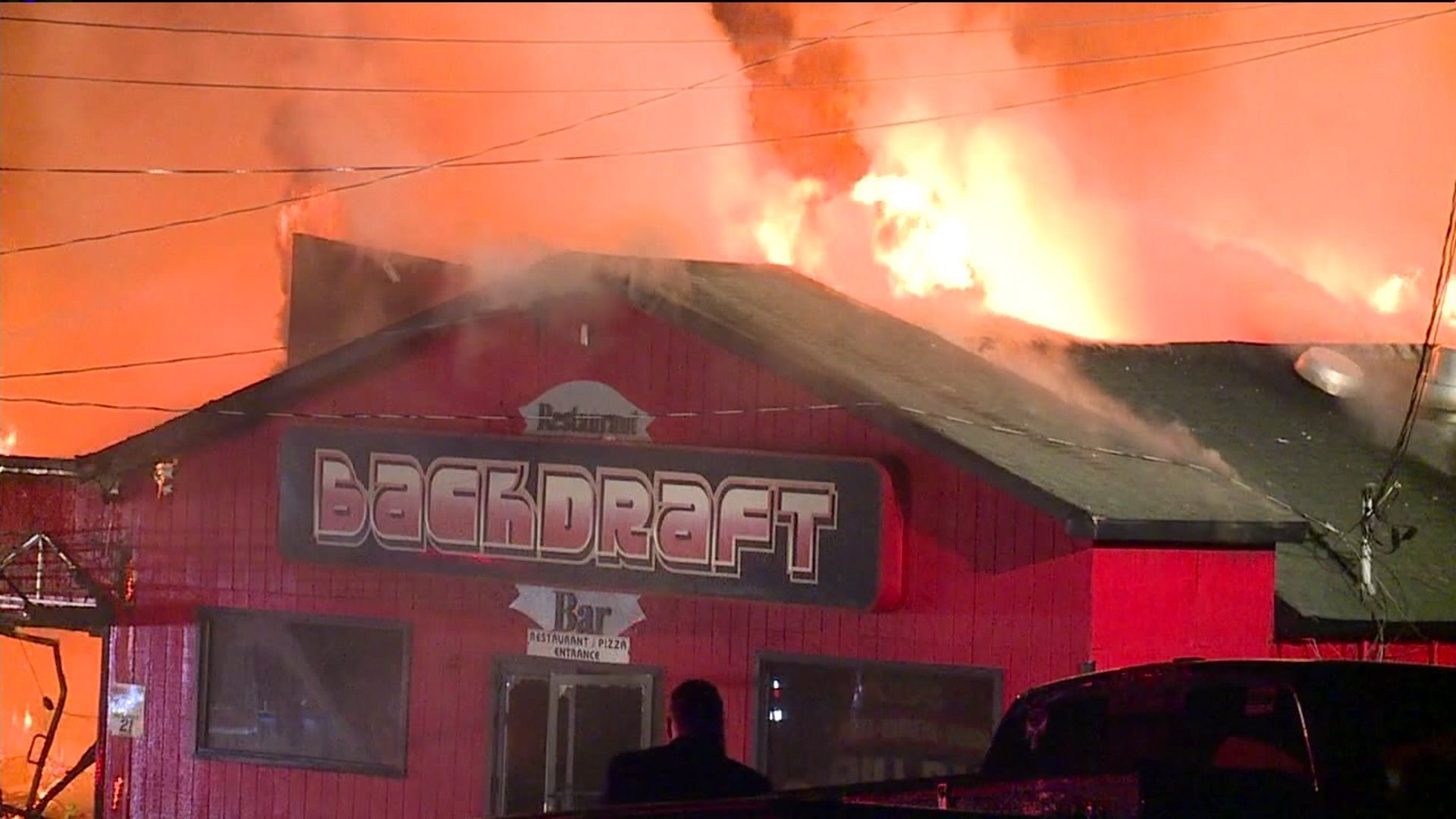 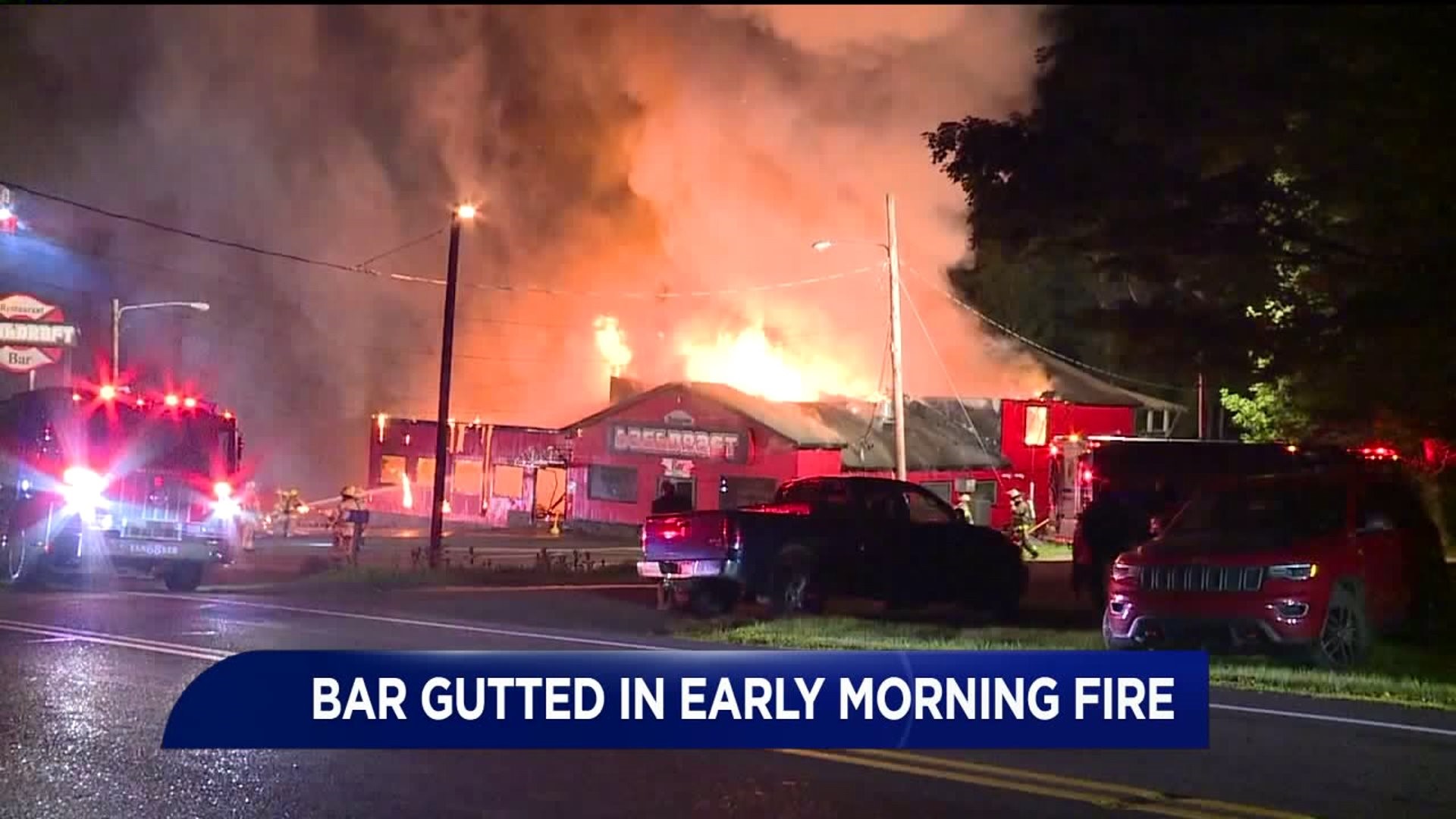