CANAAN TOWNSHIP — A prison guard was killed by a prisoner Monday night at the federal prison in Wayne County, according to federal authorities. Prison off... 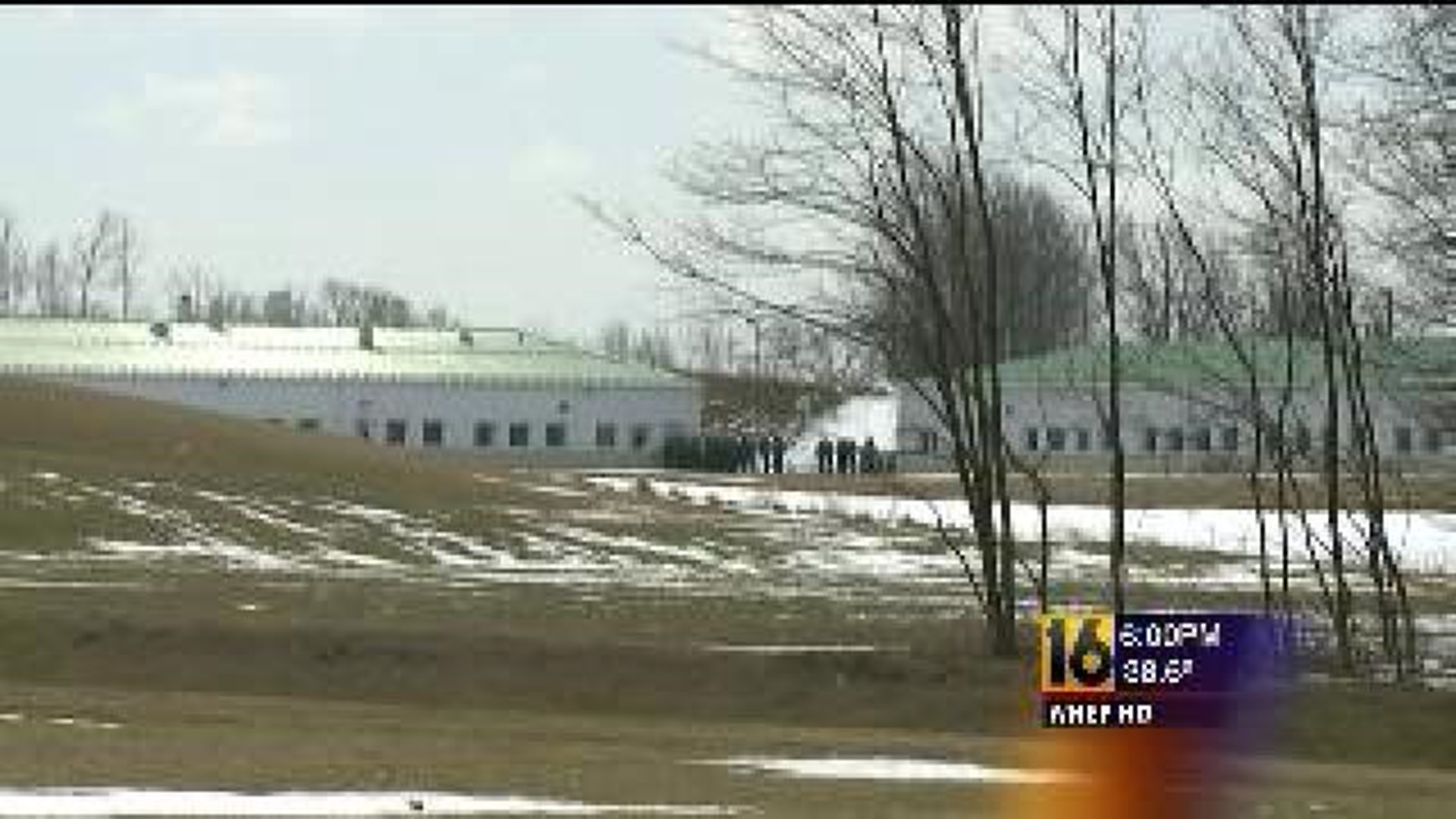 CANAAN TOWNSHIP -- A prison guard was killed by a prisoner Monday night at the federal prison in Wayne County, according to federal authorities.

Prison officials said Eric Williams, 34, of Nanticoke was assaulted by a prisoner with a homemade weapon at the United States Penitentiary Canaan near Waymart. The Lackawanna County Coroner released the autopsy results Tuesday evening saying Williams death was caused by blunt force trauma to the head and neck in addition to multiple stab wounds. he cause of death was officially ruled as a homicide.

The place is still in lockdown. Federal officers have yet to release the name of the inmate accused of killing corrections officer Eric Williams, or even describe just how an event like this happens.

It was at the United States Penitentiary Canaan just outside Waymart where federal officials say an inmate took the life of a corrections officer.

Federal officials will only say Williams was attacked with a homemade weapon inside the prison, and was pronounced dead about one hour later.

Mike Fox has run a nearby auto body shop in Canaan Township since before the prison was built. He says this homicide was frightening.

“I was shocked. I couldn’t believe it. You think of a federal maximum security prison that it would be strict, and how could something like this happen."

Evelyn Freirmuth lives right across the road from the federal penitentiary and says despite the shocking news, the area has been rather quiet.

“All we see is them vehicles over there. They stop the workers going in this morning and, I imagine, to show IDs.”

Although many residents were surprised to learn of the homicide at the high level security prison, they say they still feel safe in their neighborhood.

“We toured the prison before it opened and there’s very good security,” added Freirmuth.

Federal officers have told us there were enough guards on shift at the prison and that normal procedure allows for an officer to be alone in parts of the prison at times, with a radio and phone access.  They did not tell us if Williams was alone or if he was able to reach out for help when he was attacked.

“It’s definitely a wake-up call, probably mostly for the guards that work there, everyone that works there,” added Fox.

“It is with great sadness that we report the death of Correctional Officer Eric Williams. Last night, Officer Williams, while working in a housing, was fatally assaulted by an inmate using a homemade weapon.

“Staff responded immediately and restrained the inmate. Officer Williams was transported to a local hospital where he was pronounced dead at around 11:30 p.m.

“Warren Ebbert said ‘This is clearly the darkest day in our institution’s short history, and we are in shock over this senseless loss of a colleague and friend.’

“Officer Williams, 34, was from Nanticoke Pennsylvania. He began his career with the Bureau of Prisons on September 11, 2011.

“The institution has been placed on lockdown status. The community was never in any danger. An investigation into this tragic event is currently underway.”