HONESDALE — A man pleaded guilty on Thursday in Wayne County to criminal charges after he allowed his 15-year-old daughter to drive his SUV without a lice... 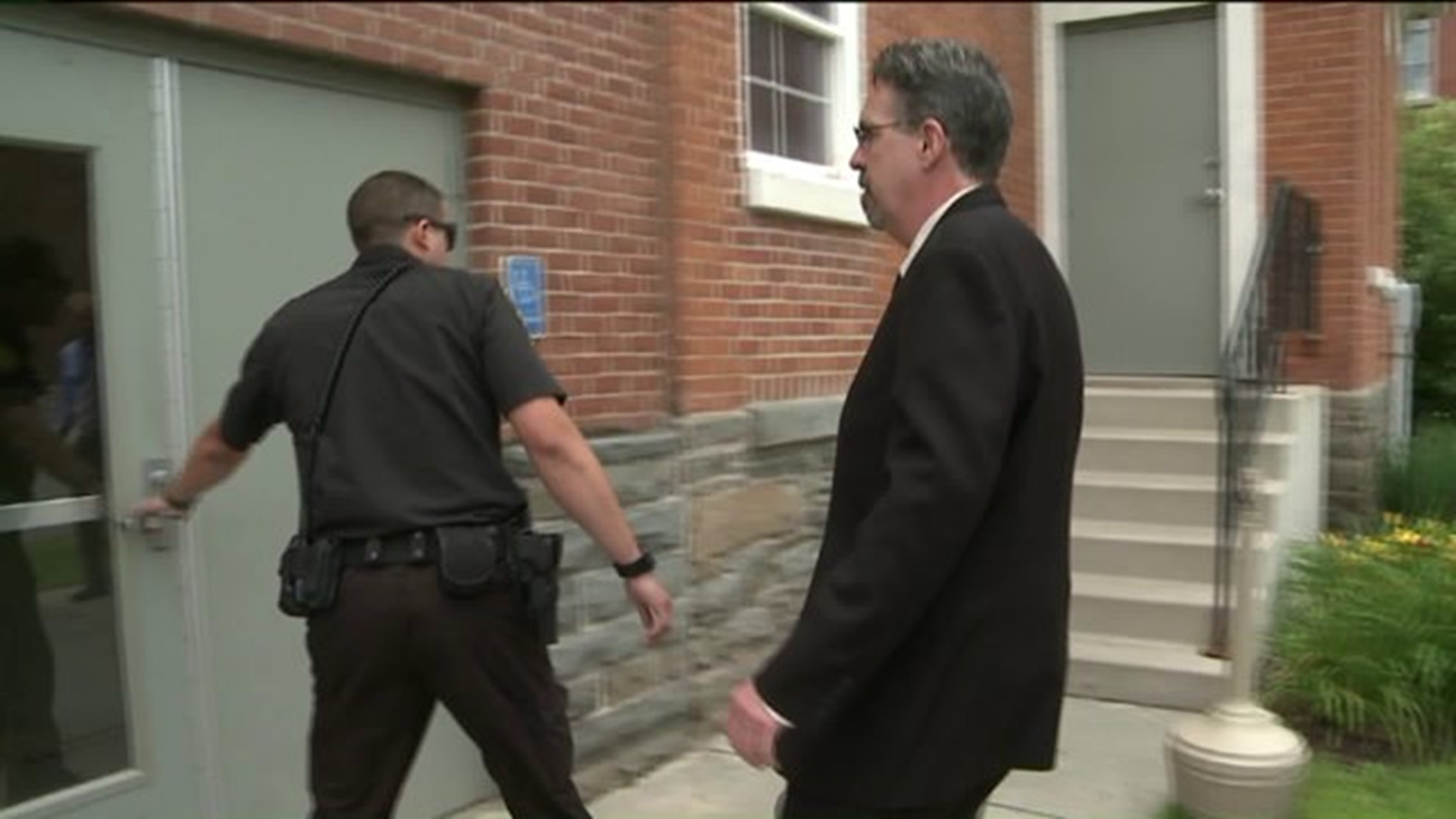 HONESDALE -- A man pleaded guilty on Thursday in Wayne County to criminal charges after he allowed his 15-year-old daughter to drive his SUV without a license and ended up in a crash that killed three young friends.

Michael Ware from Scarsdale, New York could face up to 21 years in prison.

Those are the first words Ware has said publicly about the whole ordeal when three teenagers were killed in a car that his daughter was driving.

"Hopefully, we get justice on this case, because we didn't get it on the other case." - father of victim

Ware pleaded guilty to three counts of involuntary manslaughter and three more for reckless endangerment for his role in their deaths.

Prosecutors say Ware allowed his daughter, Julia Ware, 15, to drive his SUV last summer. She crashed the vehicle on Goose Pond Road near Hamlin, killing Ryan Lesher, Shamus Digney, and Cullen Keffer, all from Bucks County. All were about to begin their sophomore year at Council Rock High School.

"I'm very pleased this defendant took responsibility for the crimes that were charged and I'm very happy that we get to move forward for the families sake," said Wayne County District Attorney Janine Edwards.

In April, Julia Ware admitted she drove without a license and was sentenced to probation, possibly until she's 21. On top of that, Ware was sentenced to community service and was required to write apology letters and pay thousands of dollars in restitution.

Family members of the victims say they're relieved this part of the process is over, but there's still justice left to be had.

"Hopefully we get justice on this case because we didn't get it on the other case," said Ed Lesher, the father of one of the victims. "She got away with everything and hopefully he doesn't. That's all I can say."

Lesher has watched all these court proceedings unfold over the past year and says he hopes people learn a lesson from all this.

"Don't drive without a license and slow down if people tell you to slow down. That's all there is to it."

Ware will be formally sentenced in Wayne County in August.