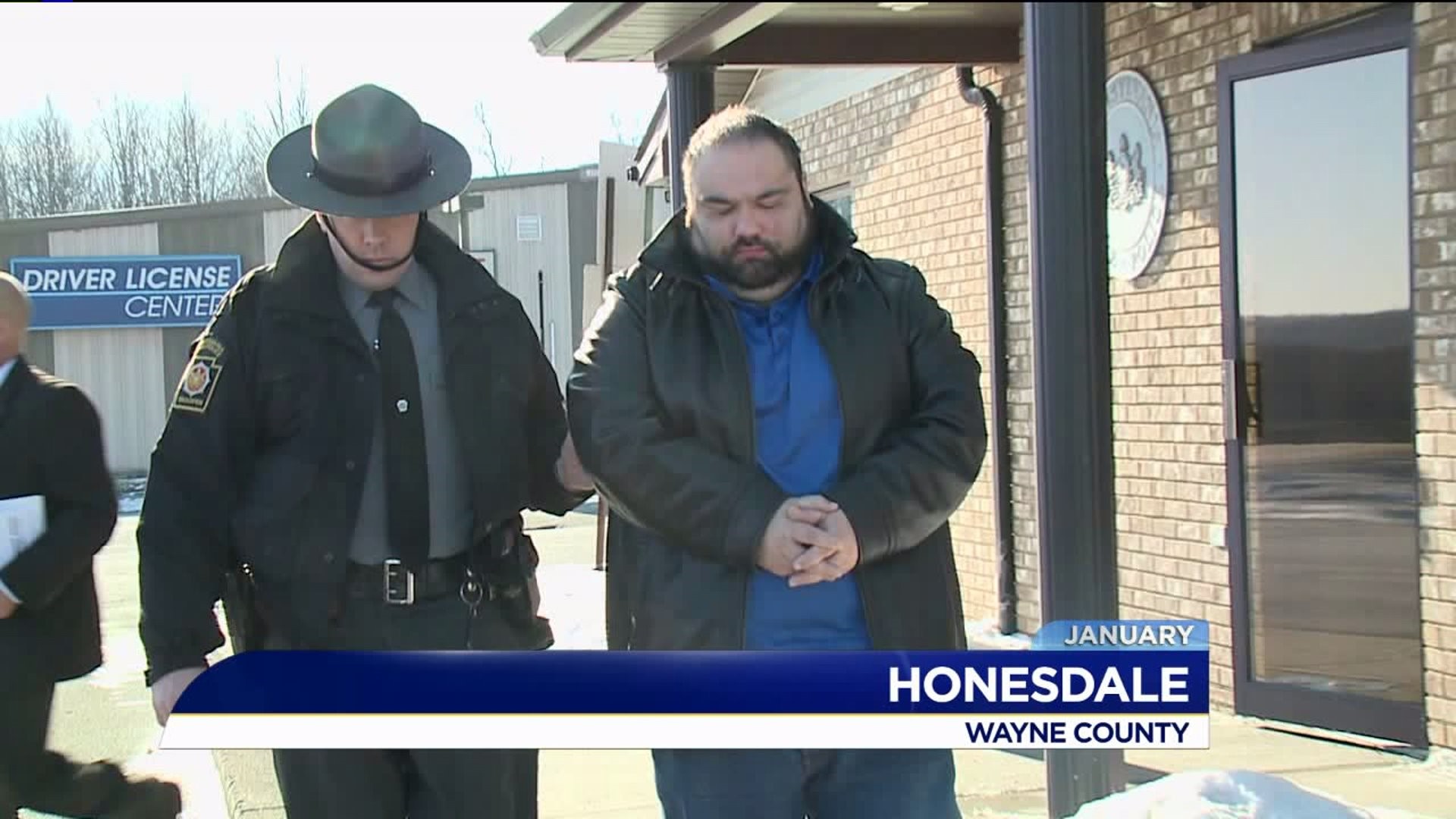 Gaspare Gambino was arrested earlier this year when one of his students discovered videos and pictures on Gambino's school-owned iPad.

Shortly afterward, he lost his job, and this plea could mean he could soon lose his freedom.

Gaspare Gambino will never be allowed to teach again. He walked into a Wayne County courtroom where he pleaded guilty to six counts of invasion of privacy.

"You can certainly expect to see apologies in the courtroom on the day of sentencing, which is the appropriate time," said Gambino's lawyer Peter Paul Olszewski.

When the former Honesdale High School Spanish teacher was arrested January 10, investigators said he used his iPad to take lewd pictures of female students. In some cases, pictures were taken looking up his victims' skirts.

Back then, prosecutors charged Gambino with 14 counts of invasion of privacy.

"There were originally, according to the Commonwealth, 14 victims. We disagreed with that and negotiated a guilty plea to six photographs," said Olszewski.

With the plea, Gambino is scheduled to be back in court to be sentenced July 5. Prosecutors are saying little except that the deal means his young victims will not have to testify.

"we take all circumstances into consideration, including the victims and the victims' wishes," said Wayne County Assistant District Attorney Kathleen Martin.

Gambino could be sentenced up to 12 years in prison, but the lawyer for the former teacher says court guidelines recommend a sentence of between probation and six months in jail.