Effort to Save Religious Symbols in Honesdale

HONESDALE, Pa. — The fight to keep religious symbols in a public park in Honesdale is spreading. People are placing their own cross and star symbols at th... 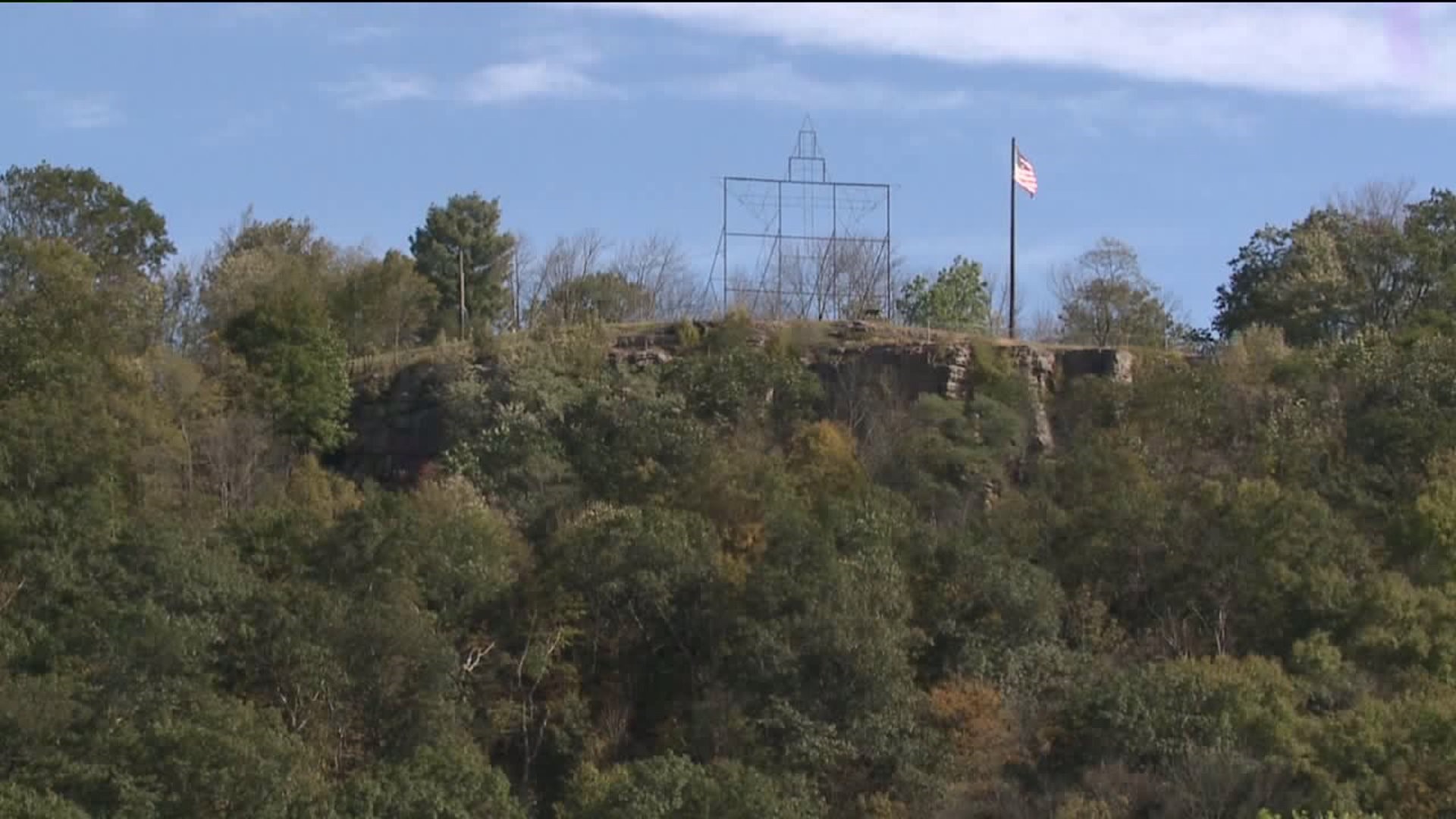 HONESDALE, Pa. -- The fight to keep religious symbols in a public park in Honesdale is spreading.

People are placing their own cross and star symbols at their homes and businesses in an effort to show they want both to stay.

The cross and star were first lit back in the mid-1950s on Irving Cliff. The symbols are in a public park overlooking the downtown

When folks found out the borough was asked to take down both of these symbols because they were challenged on constitutional grounds, dozens started erecting symbols of their own.

In the past week, there are more and more stars and crosses and the message "Honesdale Strong" in the windows of businesses downtown and front yards.

"While I was putting it in, people were honking their horns," Honesdale resident Bill Hamilton said.

Hamilton built a display in front of his home on Cliff Street. He's joined the effort to save the cross and star on top of Irving Cliff.

The Freedom From Religion Foundation sent a letter to the borough months ago saying both symbols violate the First Amendment and the organization could take legal action.

"If they can find a peaceful solution to it, that's what we want with it," Hamilton added.

Residents and business owners in the area have been showing solidarity for the longtime symbols that have stood over the borough. It's still unclear what will happen to the symbols. Borough council is set to meet and discuss what's next at a later date.

"It really unified our town in so many great ways. If star and cross have to come down, there are so many more popping up and excited to see what we can do after this," said Dani Cortese.

"It's a key centerpiece to our holiday celebrations, very important to the town," Jerry Decrotie said.

So far, Decrotie and others think relocating the cross and star to private property may be the end result.

"Looking at it from a legal standpoint, I think that is going to have to be the solution."

Decrotie says people are free to put a star and cross on their property and so that's what they're doing. That's exactly the argument from the group against the symbols which have been in a public park for generations.