WAYMART, Pa. — Dan West Tree Service crews have had a busy week, and with the amount of damage in Wayne County, they aren’t stopping anytime soon. D... 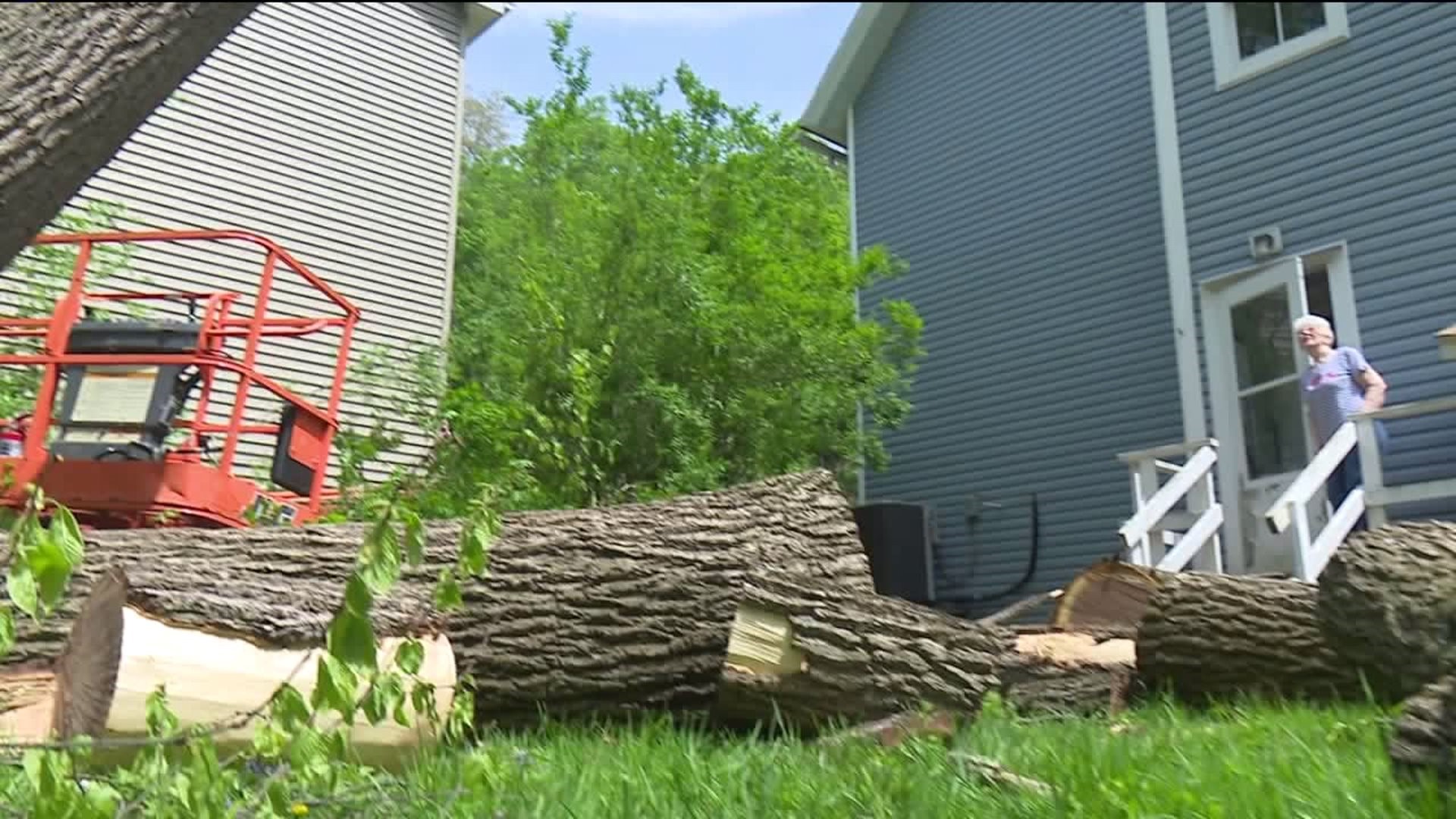 WAYMART, Pa. -- Dan West Tree Service crews have had a busy week, and with the amount of damage in Wayne County, they aren't stopping anytime soon.

Days after severe weather took down trees, crews have been out doing countless removal jobs.

“Crazy hours stretched from here to there. The storm did one hell of a number,” said Nick West of Dan West Tree Service.

The storm knocked down trees that ended up falling on the roof of the Dollar General in Waymart.

Days later, it was a much different picture as most of the fallen tree was removed.

“It's crazy on the other side. Here there is one that is broken 6 inches above the ground. I have never seen that before. The power of the wind is actually insane,” said West.

Downed trees are becoming a common sight in places all around Wayne County, making for a long wait list to get them removed and leaving some to take matters into their own hands.

In Honesdale, Blair Buselli tells Newswatch 16 an 80-foot black walnut tree was blown over right into the house he was renting out.

“I had a guy ready to take it and this other storm hit and I said, 'It's not a big deal. It's fine, and we got time,' but apparently, we did not,” said Buselli.

Blair doesn't call himself a "tree guy," but now with a chainsaw in hand and help from his family, together they are working to remove the debris.

“I grew up Sunday afternoons getting firewood with my father and two older brothers and mom and just being around chainsaws.”

Whether they do it themselves or hire a tree cutting company, the people in this part of Wayne County still have a big cleanup job ahead.