Newswatch16's Courtney Harrison explains how progress is now being made in repairing unsafe dams and when water is expected to return. 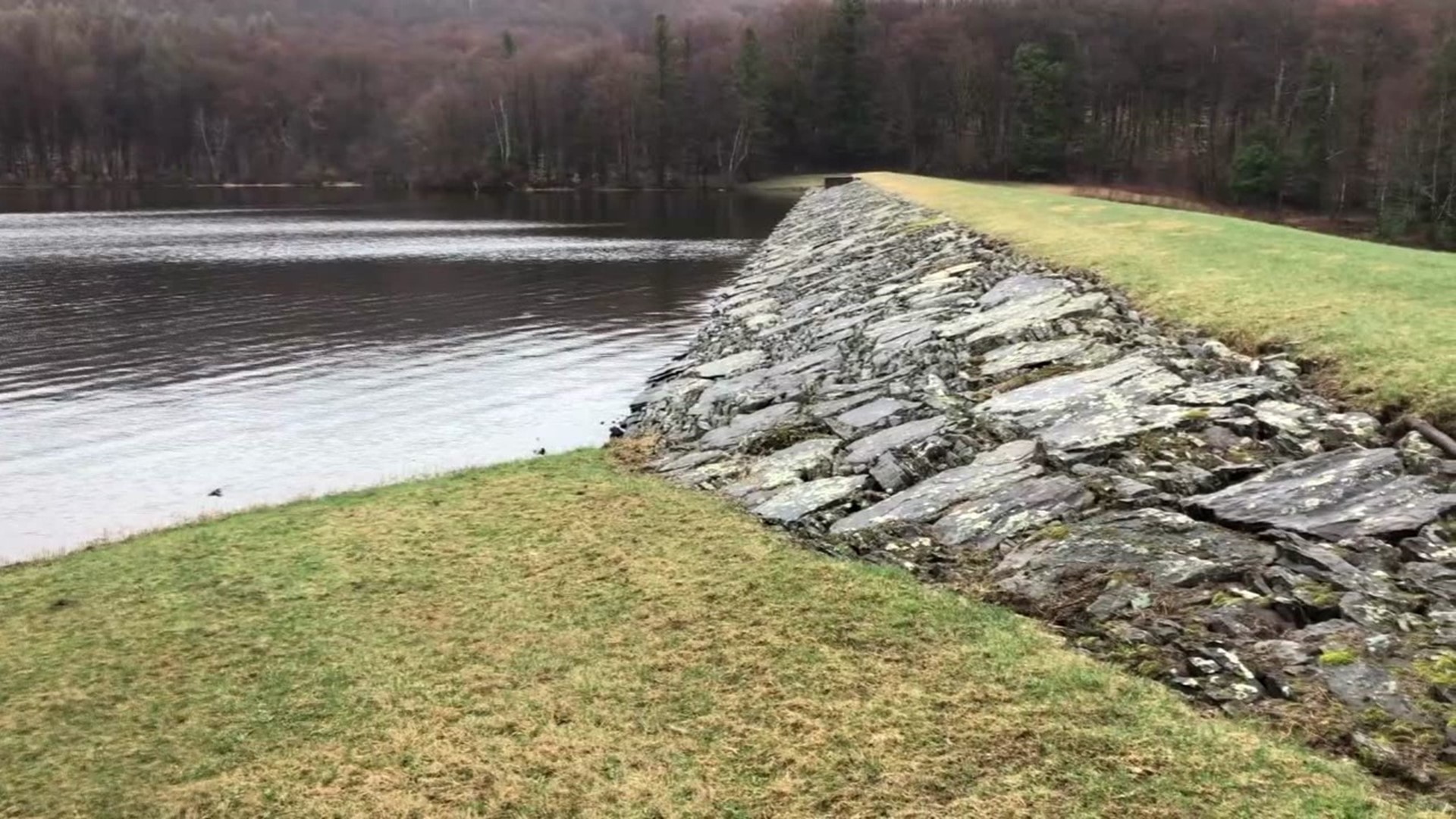 WAYNE COUNTY, Pa. — Several ponds in Wayne County have sat nearly empty for years because of the dams being unsafe.

The last time people who live at White Oak Pond near Waymart were able to be on the water was in 2015. The Pennsylvania Fish and Boat Commission drained White Oak and three other ponds in Wayne County because the dams were found to be hazardous. If water broke through, it could cause damage downstream.

"If White Oak and Miller (Ponds) breached, we're talking roughly a half dozen to a dozen houses would have been inundated," said Jerry Woomer, a senior civil engineer on the project.

Draining the pond was unwelcome news then to people who lived nearby or frequently visited the ponds and enjoyed what nature had to offer.

"If there's an end in sight, it's fine. I still hear people tell me I'm a dreamer thinking it's going to get fixed, but I have my dreams," Lorraine Kallay said.

Now, it seems progress is being made. Engineers have been working on design projects for the state to repair dams at Belmont Lake, Lower Woods Pond, Miller Pond, and White Oak, so the next steps towards construction begin.

"Go through the bidding process, which takes about 30 days, and then once the low bid is selected, you go through the legal process between signing contracts between the state and the contractor," Woomer said.

Out of the five dam projects, Hankins Pond is the only one that doesn't have work scheduled yet, because the property is still being transferred from the Fish and Boat Commission to the county.

"We wanted to save that dam, as opposed to just ripping it out. We came to an agreement with Fish and Boat, and we have to just record the deed now, and then we're going to lease the rest of the property," explained Wayne County Commissioner Brian Smith.

Once the work begins, it could take about 12 to 18 months to complete repairs on the dams. Then the refilling of the ponds can begin, and that will take about six months after that.