LEBANON TOWNSHIP — A massive fire destroyed a Wayne County family’s barn and killed nearly 100 cows. Now, as that family sorts through what is left,... 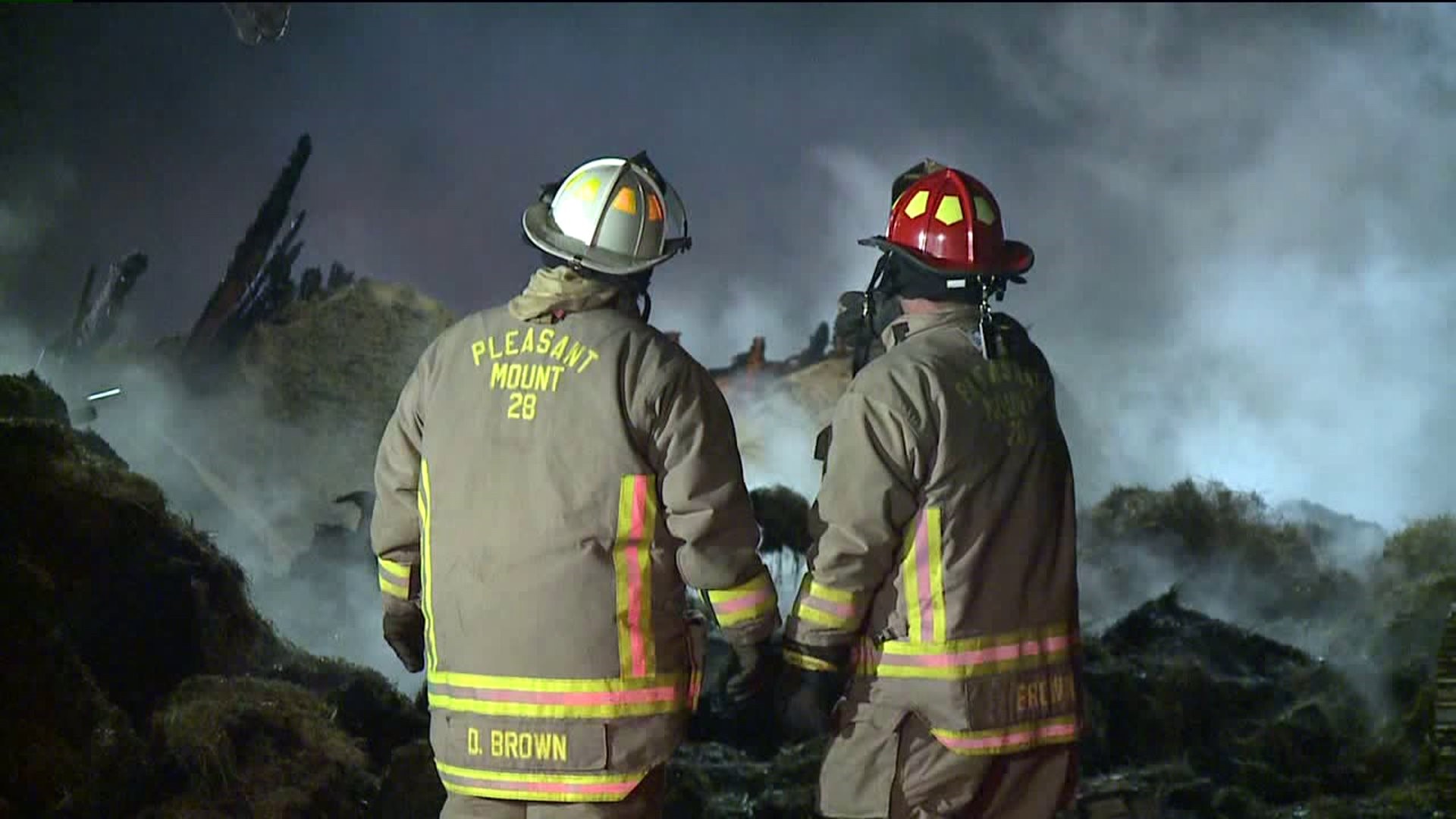 LEBANON TOWNSHIP -- A massive fire destroyed a Wayne County family's barn and killed nearly 100 cows. Now, as that family sorts through what is left, a community is stepping up to help out.

Those flames broke out at a barn at Jonas Cold Springs Farm near Pleasant Mount around 2:30 p.m. Tuesday. The structure that was destroyed was a one-story dairy barn, containing over 100 cows.

The patriarch of the family, Ed Jonas, tells Newswatch 16 that he could not even count how many people with trucks and trailers showed up to help rescue the cows inside. Jonas believed 31 cows were saved. They were taken to a relative's barn not far from the Jonas property, but Jonas says about 100 cows did not make it out.

"It's just a sad situation. When we heard about it, my wife was in tears. It's just a sad tragedy for that family," Bob Jackson said. Jackson grew up with the Jonas family.

Neighbors like Jackson describe the family as people who would do anything for anyone. Wednesday, neighbors, friends, and other farmers returned the favor. They came out to offer condolences, bringing food and snacks, and offering any help they could.

"I think that's normal in our area. Any farmer would do that."

A GoFundMe page has also been set up to support the Jonas family. On it, it says "the farming community is a family," and that "any little bit could help." The page raised over $2,000 in a day.

"I'm sure everybody will step up and do whatever they need. Myself, too. If they need anything, all they have to do is ask," Jackson said.

Jonas says he believed the direction the wind was blowing prevented the flames from spreading to another barn on the property that contained nearly 80 more animals.

Fire officials believe the fire started in the front milk storage room and is being ruled an accident.

"I just wish them well. They know where we are, and where the neighbors are, and everyone will help them out," Jackson said.