Cross Controversy: Religious Symbols in Wayne County May Have to Go

HONESDALE, Pa. — Lighted religious symbols in Wayne County may have to go dark. Borough leaders were told an illuminated cross and star celebrating the ho... 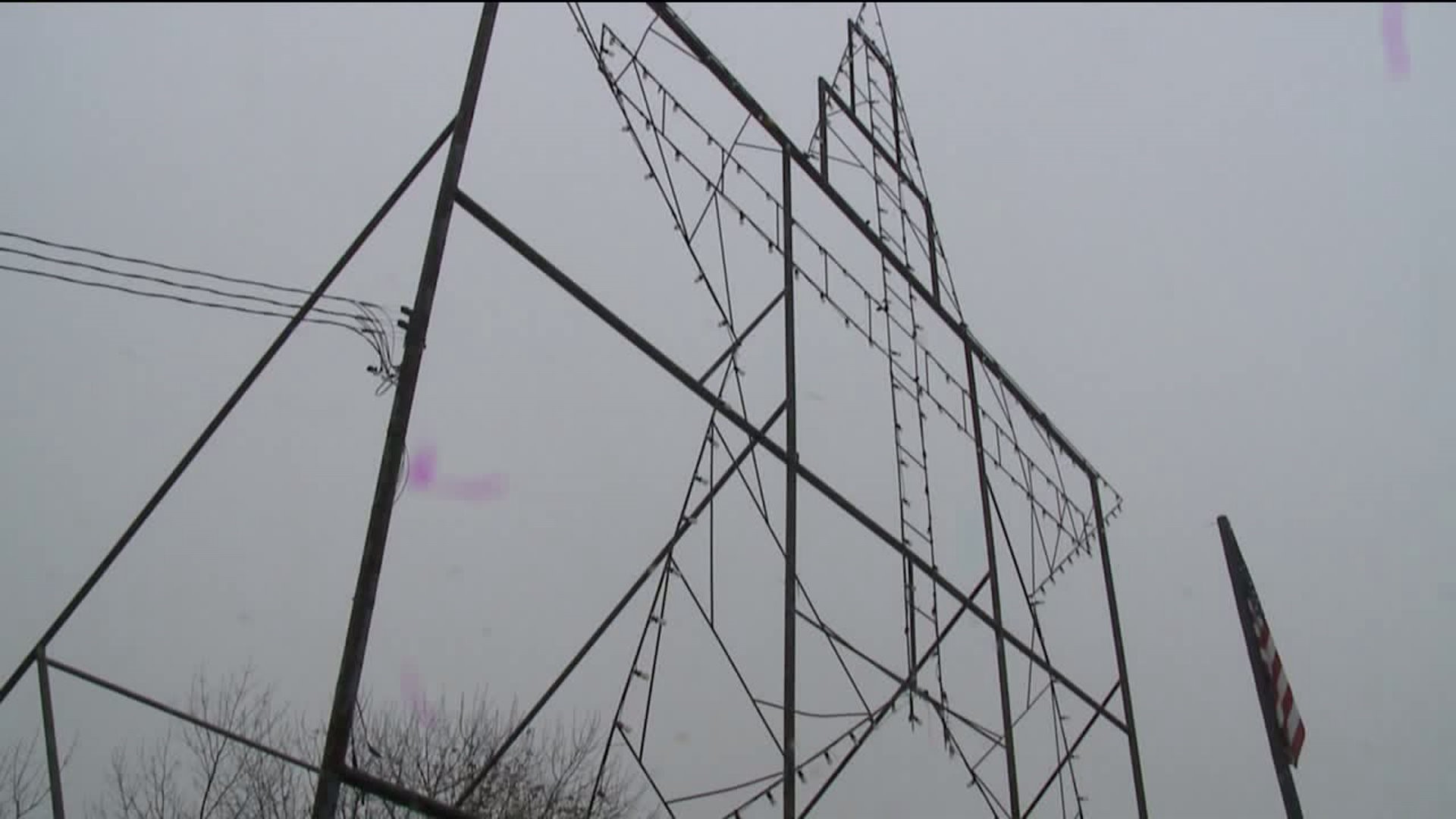 HONESDALE, Pa. -- Lighted religious symbols in Wayne County may have to go dark.

Borough leaders were told an illuminated cross and star celebrating the holidays in a public park are unconstitutional.

The cross and star are in a public park in Honesdale.

A Newswatch 16 investigation found borough leaders are only now finding out about a letter sent to the mayor months ago claiming both are unconstitutional and should be removed.

The Freedom From Religion Foundation sent a letter to the mayor of Honesdale back in June. It says someone filed a complaint about the star and cross on borough property and both violate the First Amendment.

For generations, the cross has been lit high above the borough every Easter season. Then around Christmas, a star is lit up, and now, both have led to a letter, a challenge from the Freedom From Religion Foundation of the constitutionality of both symbols.

"At the moment, I didn't do anything with the letter. I didn't think anything of it because it's been there over 50 years," said Honesdale Mayor Sarah Canfield.

The letter asks Honesdale to move the star and cross to private property since, according to the foundation, they're a "serious constitutional violation."

"A star is a star. You see stars every night. A cross, to me, it's just an icon of Honesdale borough, an icon of the Honesdale area," said the mayor.

Some, including borough resident Dan Flannery, don't see it that way.

"There's no shortage of churches in Honesdale. That's where it belongs. It doesn't belong on public land," Flannery said.

The star on Irving Cliff has been lit each and every year for decades right after Thanksgiving and through the Christmas holiday. This year, that's in doubt after the borough received a letter saying this is unconstitutional and the mayor for four months now hasn't done a thing to let borough council members know and they're just now finding out.

"The area is dominant in Christianity. There should be favoritism one over another. There should be that because no one around here is really Jewish. No one is Muslim," Zachary Guiser said.

"The cross realizes what that is. It's religious. Why's everyone so touchy about religion?" Linda Reeve asked.

"It's been here for a long time. I understand it's going to be hard for folks to wrap their heads around, right? Let's just challenge ourselves to be more inclusive, to be more creative. Let's find another way to celebrate the holiday season in Honesdale," Flannery said.

The letter was on the agenda of Monday night's borough council meeting after Newswatch 16 filed a Right To Know request with the borough.

People came out to that meeting to express their opinions.

"The star and cross that have been on our hill since the '50s are not a symbol of oppression or anything negative but rather a big part of what makes our town great," said Zach Wyckoff of Honesdale. "Several said tonight they never saw it so much as a religious symbol as it is the spirit of the holiday in our town, and I think that's what's at stake here."

No decision was made on whether to move the star and cross from the park at Monday night's meeting.