Creamworks Creamery Products Are Back in Wayne County

CLINTON TOWNSHIP, Pa. — A local dairy in Wayne County that was forced to halt production on milk processing in July is now back processing milk to serve i... 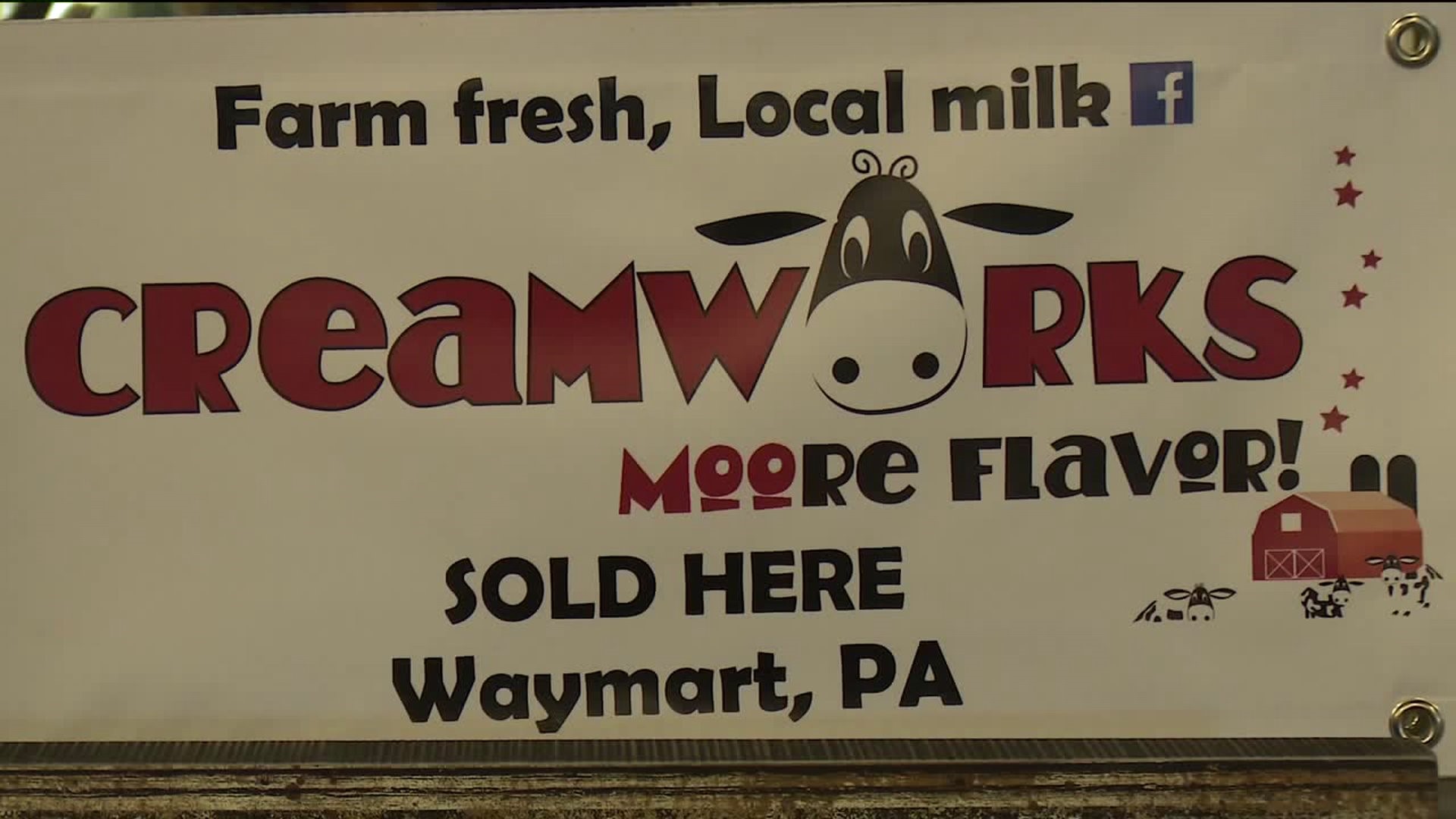 CLINTON TOWNSHIP, Pa. -- A local dairy in Wayne County that was forced to halt production on milk processing in July is now back processing milk to serve its loyal customers.

Creamworks Creamery faced allegations of tainted milk back in July. While it didn't affect their ice cream, it did hurt the business as a whole. Many customers have been waiting in anticipation for their favorite milk to return, and they'll finally get their wish.

"They're ready for us. They're excited. We've had people here this morning saying thank goodness you're back!" said Stacey Hauseman, Creamworks Creamery.

It was a welcome sight at Riverside Farm near Waymart. The cooler in the stand at the farm was full of Creamworks milk for customers to stop in and purchase.

In July, state officials said milk from Creamworks Creamery may have been contaminated by bacteria after 17 people reportedly became sick. However, all tests came back negative and the farm was finally allowed to begin processing milk almost two months later.

"Our ice cream was still able to go, so that's been super busy and that's kept our minds off of it a little bit, but I'm still in the creamery so I still get to see the equipment sitting, but now yesterday it was all up and running again. It feels really great. The community has been absolutely amazing and supporting us through the whole thing," said Hauseman.

It's not just the family at Riverside Farm that's excited to have its milk back on store shelves. People in the community have been waiting a long time to get their Creamworks milk back.

"It's amazing! People have been asking for it since it went off the shelves. I know quite a few people that are going to be extremely happy that it's back. Some guy has been coming in every day asking, 'Is today the day? Is today the day?' He's going to freak out when he comes in tomorrow and he can get his chocolate milk," said Stacie Lynam of Honesdale.

Lynam works at Iron Hill at 1940 in Waymart. The store carries Creamworks products. The dairy products were stocked as soon as it was delivered. Lake Region IGA in Hawley also supports the dairy.

"When you get it local, it's always fresh, and the quality of it, it's outstanding. People just love it," said Jim Shook, Lake Region IGA owner.

Creamworks has worked hard to get up and running again. Local dairy farms are harder to come by and they know the importance of what they have here.

"The farms are what build up the community. Money stays here. We have good wholesome products that haven't been through the treatment systems, so that way is has a longer expiration date. It's as fresh as you can get it," Hauseman said.

The Creamworks Creamery family says they truly appreciate the community's support through the recent tough times. They are hoping they make a bigger comeback than ever.