BERLIN TOWNSHIP, Pa. — Many area farmers are dealing with a critical shortage of hay which they use to feed their livestock. Wayne County announced an ini... 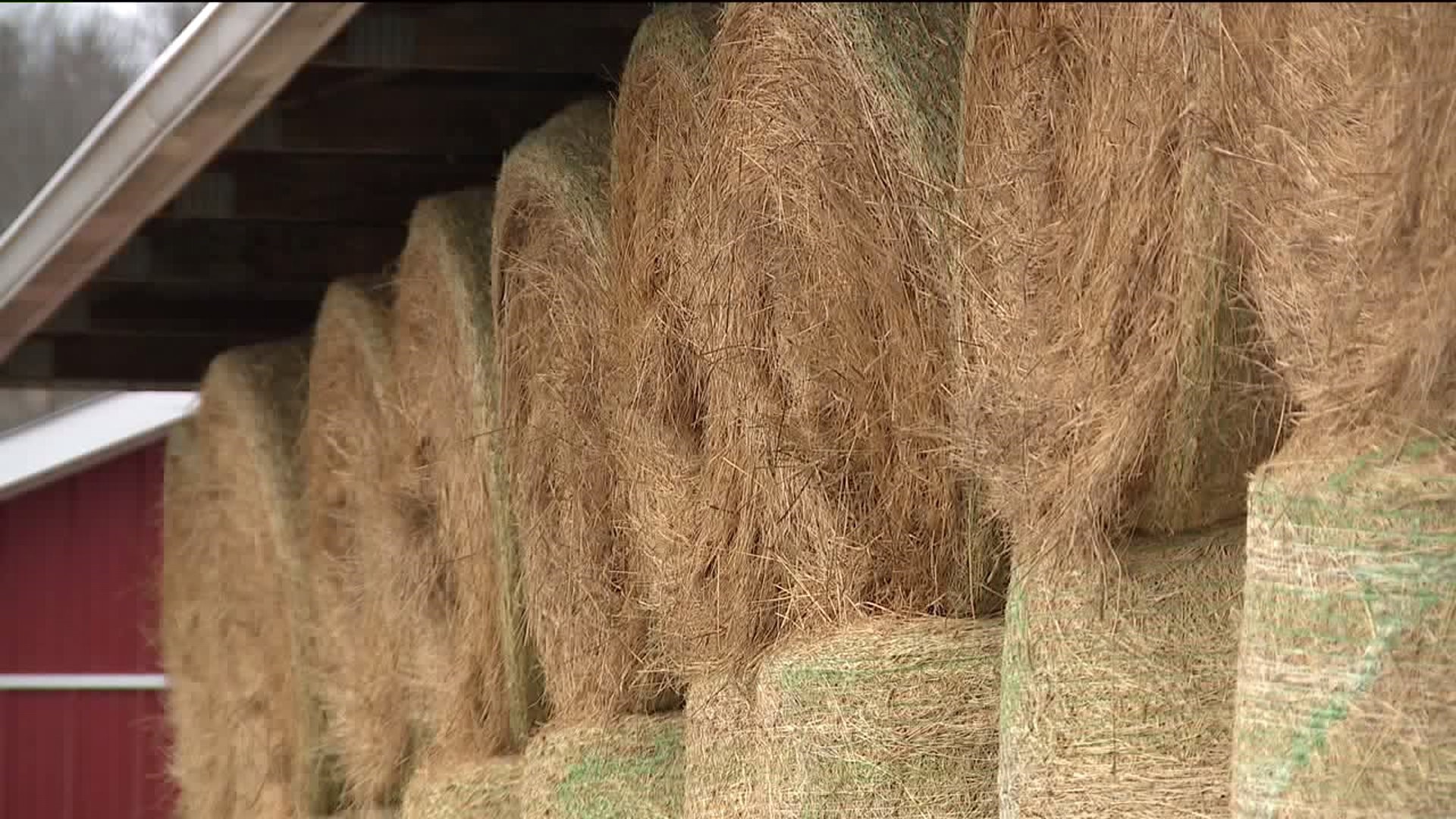 BERLIN TOWNSHIP, Pa. -- Many area farmers are dealing with a critical shortage of hay which they use to feed their livestock.

Wayne County announced an initiative this week to connect dairy farmers who are struggling to find enough hay to feed their cows with farmers who have hay they are willing to sell. Farmers we spoke to said this initiative could be beneficial for everyone.

We met John Wetmore returning from making a recent delivery of hay. John has been farming his property in Wayne County since 1972 when he was 19, raising cattle and making hay. But the weather the last few years has made it difficult to harvest the tall grass for many farmers and John has been trucking his crop across northeastern and central Pennsylvania to farmers who use it to feed their livestock.

"I've been running two to three loads a week, right on through the fall here. It's kept me busy," he said.

From the middle of July right on through the fall, we had rain constant, and we lost a lot of second and third cuttings. We just couldn't get on the fields," he explained.

If the hay gets too wet, it removes many of the nutrients for the animals and farmers are forced to use more of it.

"We sell by the bale, or by the ton, however they want to buy it. Hay makes up about 80 percent of my farm income, cattle the other 20 percent."

Wayne County announced this week a plan to help connect farmers struggling to feed their cows with farmers like John who have plenty of hay to sell to those in need.

"It wasn't that long ago we had about 1,500 dairy farmers in Wayne County. We're down to 40. Farmers have enough challenges to deal with. We cannot continue to just lose farmers, so when we have an opportunity to help farmers, particularly amongst one another, we try to do the best we can," said Wayne County Commissioner Brian Smith.

At Happy Hollows Farm, they will use over 300 round barrels of hay to feed 45 heads of cattle. That's over 120 tons.

For some farms, those numbers could be even greater than what John typically uses in a year. He thinks this could help his fellow farmers.

"There are people in Wayne County that still have cattle that are short on hay. If they don't know who has hay for sale, get on the list, and we're only a phone call away."

The county announced that Zach Jones, the nutrient management specialist on staff at the Wayne County Conservation District and a member of the Wayne Pike Farm Bureau Board of Directors, will be the point person who will maintain the list of buyers and sellers.  Jones can be reached by email at zjones@waynecountypa.gov or by telephone at 570-253-0930.