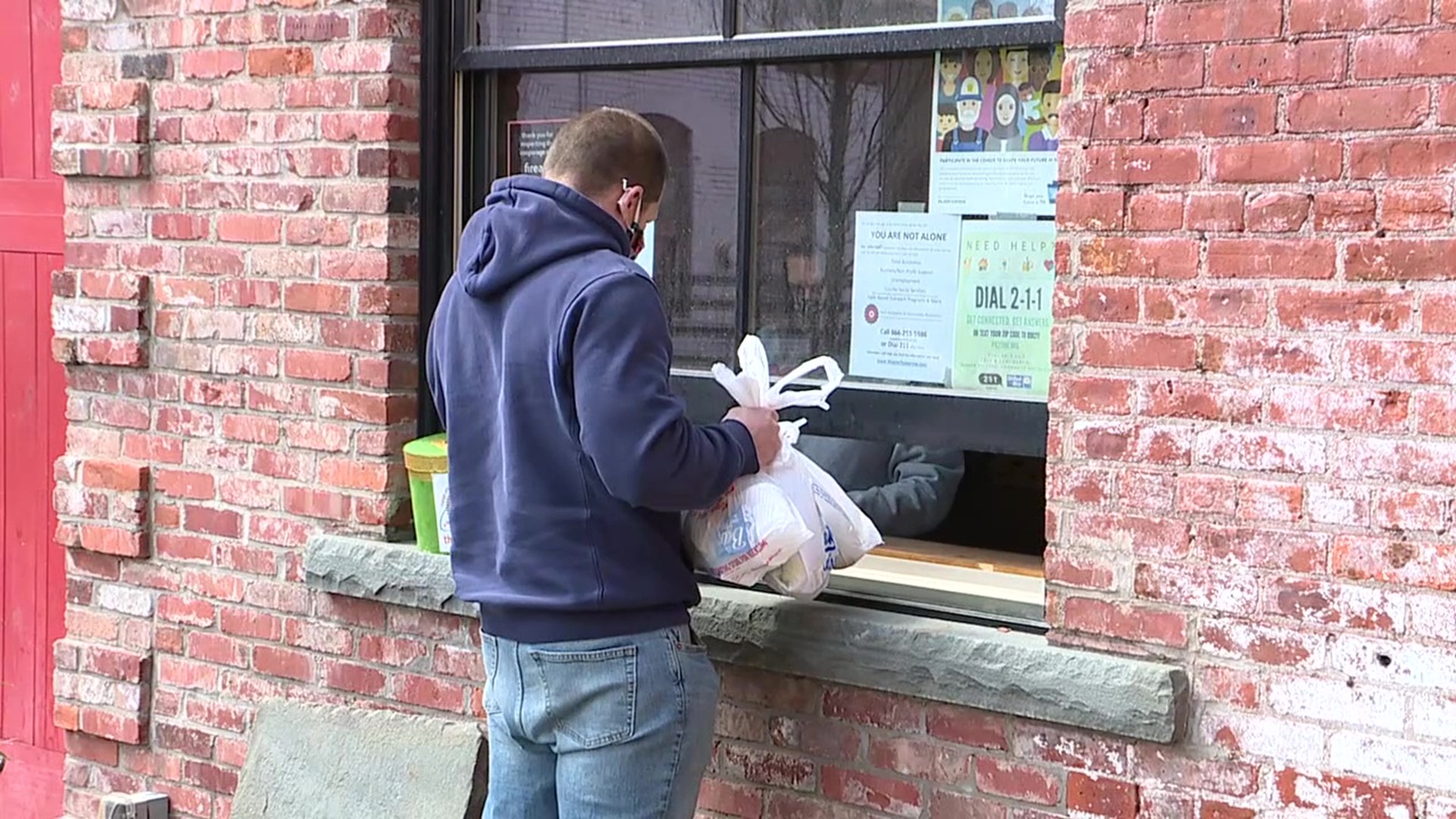 HONESDALE, Pa. — Afternoons, the windows at the Cooperage Project in Honesdale are manned by volunteers, distributing lunches to kids in the Wayne Highlands School District.

Newswatch 16 stopped by the Cooperage back in March, when the lunch distributions were just getting started. During the first week of the school lunch program, they were serving about 45 meals a day.  Now, more than one month into schools being closed and people have been laid off or furloughed, the numbers have grown to about 250 meals a day.

"There's so many families that have lost both incomes and are waiting on their unemployment, or maybe they're not going to get it, and they don't know what tomorrow is going to bring and how long this is going to last, so families are coming out every day that maybe weren't coming in the first week because they didn't know how bad it was going to get," said Arrah Fisher, The Cooperage Project Interim Executive Coordinator.

As people continue to stay home, the number of people that come to The Cooperage for lunch grows, and they can't do that without community support.

"We're just the people behind the window, but we represent the full community that's giving, and we try to reiterate that, and I think people feel it, feel the impact," continued Fisher.

The Cooperage received donations from nearly 40 local businesses over the last few weeks to add extras in as a surprise for kids. Families who stop by for the lunches are thankful for what The Cooperage and its volunteers are doing.

"I have a great feeling of warmth from what they're doing right now.  Just the town, in general, seems to have pulled together, and this is an example of what they do," said Brooks Nicklas of Honesdale.

The Cooperage is just one part of the food distribution in the County.  Here are the links to how you can get assistance or donate to the Wayne County Food Relief Program and The Cooperage Project.

RELATED: Free lunches for student through Easter at Carbondale Area