Concern over Condition of Roads in Wayne County

DAMASCUS TOWNSHIP, Pa. — The push to make crumbling roads safe is still on in Wayne County. Folks are sharing their concerns about a couple of trouble spo... 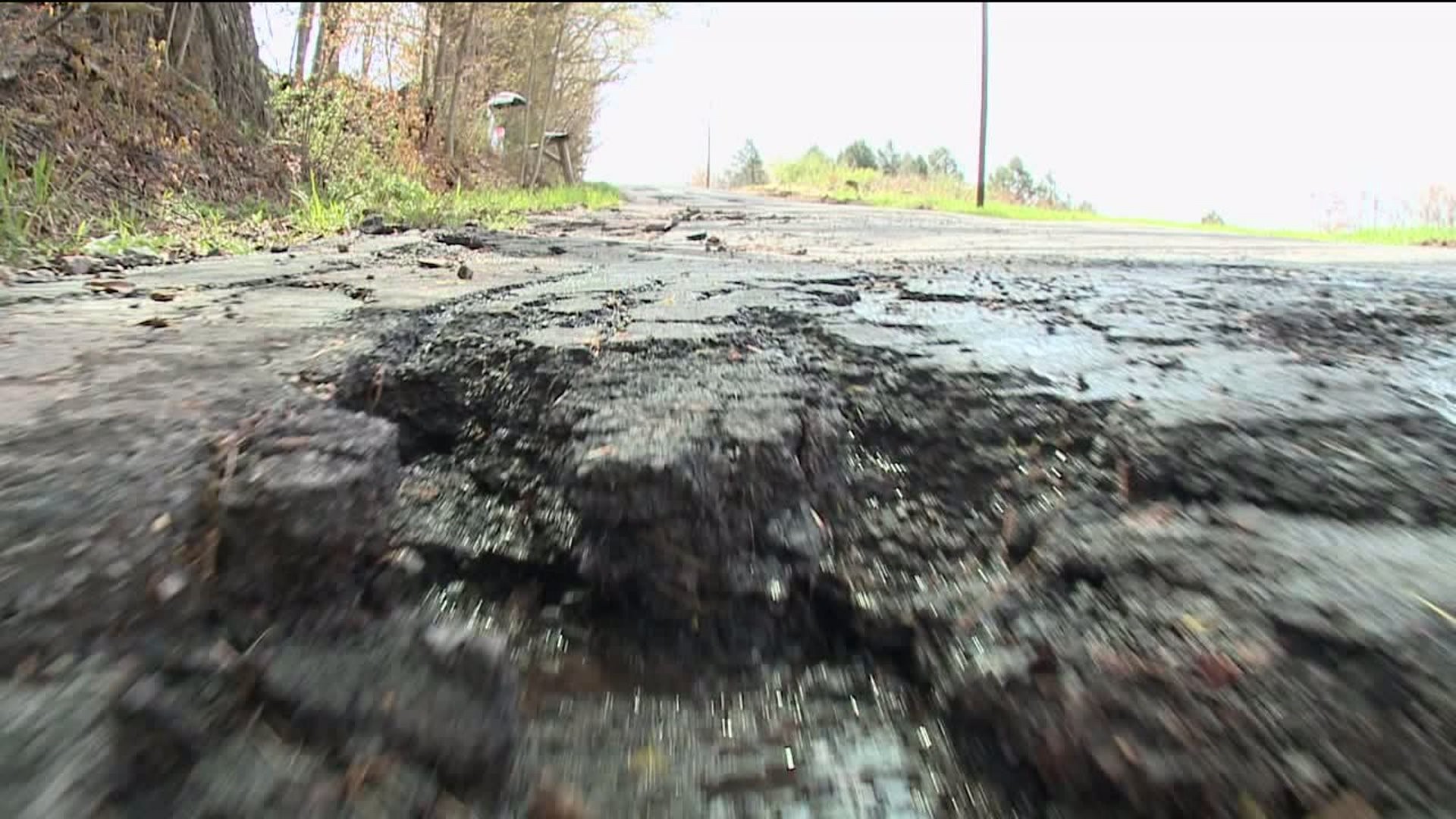 DAMASCUS TOWNSHIP, Pa. -- The push to make crumbling roads safe is still on in Wayne County. Folks are sharing their concerns about a couple of trouble spots across the many miles of roads north of Honesdale.

It's a bumpy ride in Damascus Township north of Honesdale. Galilee Road has deteriorated so much it's making it hard for April Rutledge to get out and run with her infant.

"The roads are pretty bad considering they're state roads. I run all the time and bring the stroller and can't avoid the potholes running or with a stroller, let alone a vehicle," said Rutledge.

PennDOT crews were out filling in a hole that opened up on the road, but the task of fixing miles of crumbling road is going to take time. The state plans to resurface Galilee Road and Wescott Road which have long, deep chunks of road missing.

"We had one of the wettest, if not the wettest years on record. It's water that causes a lot of damage to roads. We have a lot of work on our rural roads," said PennDOT official James May.

Crews are putting a temporary fix in on Galilee Road north of Honesdale. PennDOT will have to come back and make it a more permanent fix. That's all that residents in northern Wayne are asking for right now -- no more band-aids; they want these roads taken care of for good.

"I'm concerned because somebody else could have a major accident, get hurt worse than I did," said Kristen Kmieczak.

Kmieczak tells Newswatch 16 she hit a pothole on an ATV on Wescott Road on Easter Sunday and needed to be flown to the hospital. She's worried what could happen if these roads aren't fixed soon.

"I've got bumps, bruises, staples. I'm lucky. I could have lost my life. Something needs to be done."