Colorectal Cancer: Don’t Assume It Can’t Happen to You

HONESDALE, Pa. — This month, health care providers are trying to save lives by preventing or detecting colorectal cancer. Blue ribbons are all up and down... 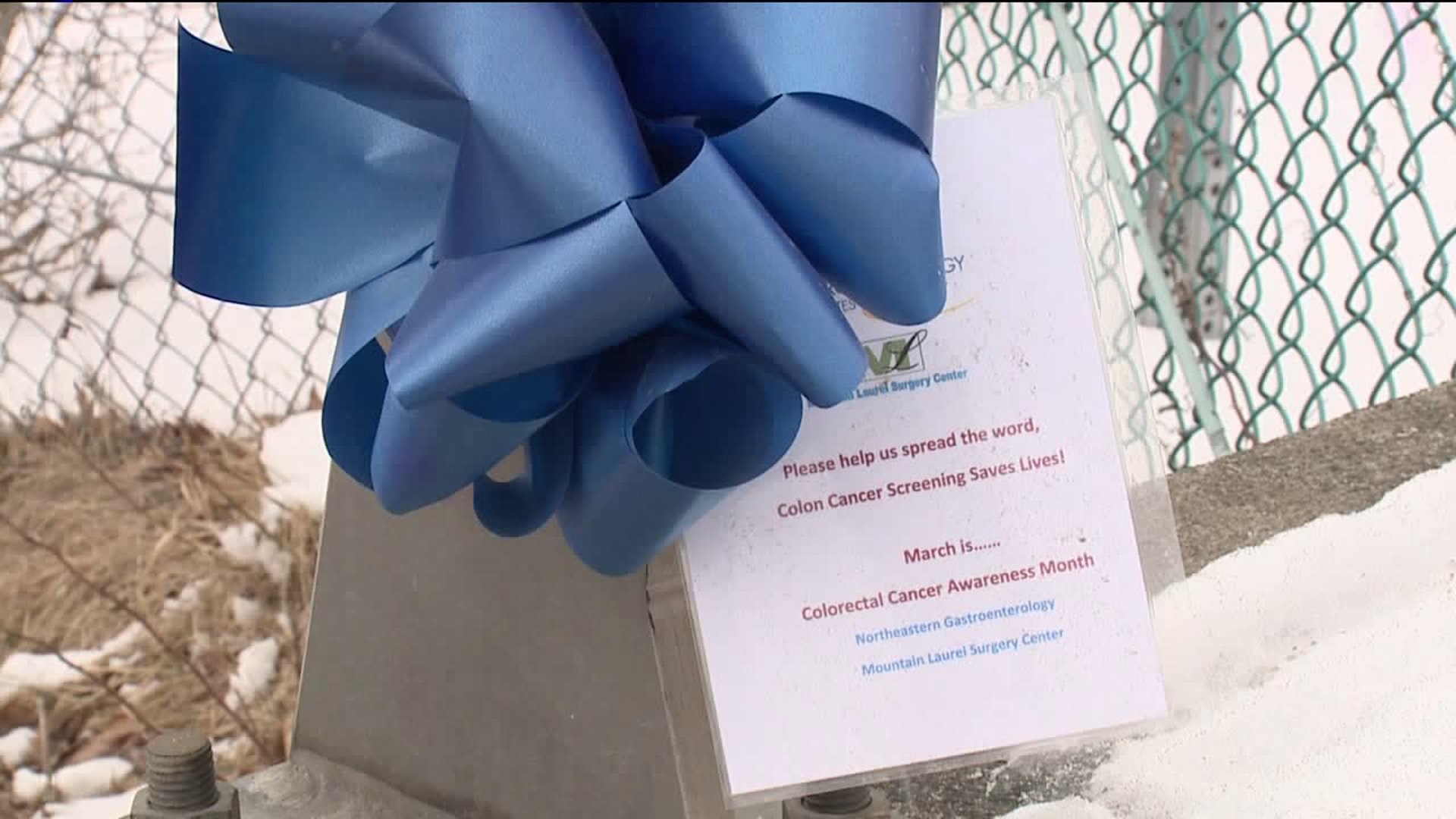 HONESDALE, Pa. -- This month, health care providers are trying to save lives by preventing or detecting colorectal cancer.

Blue ribbons are all up and down Main Street in Honesdale and Carbondale, letting people know it's Colorectal Cancer Awareness Month. The ribbons are a reminder to some and a warning to others that colorectal cancer can happen to anyone and at any time.

"The greatest majority of patients diagnosed with colon cancer have no symptoms whatsoever. It's frightening. That's why screening is so important," said Dr. David Reynolds of Northeastern Gastroenterology Associates.

"Nobody thinks at 35 that they're going to need a colonoscopy, let alone the colonoscopy is going to find cancer."

At the office of Northeastern Gastroenterology Associates, Dr. David Reynolds explains northeastern Pennsylvania has a higher rate of colorectal cancer than the rest of the state and the country.

Dr. Reynolds says 50,0000 people die from the disease each year.

"We don't know exactly the reasons why there's a higher incidence of colon cancer here in the Northeast. There's been many speculations, no definitive evidence as to why there's the increased risk," Dr. Reynolds said.

While doctors say you're at a higher risk of developing colorectal cancer and you need screenings starting at age 50, there is a chance you could develop it much earlier in life. That's what happened to the sister of Newswatch 16's Jim Hamill, Meredith Hamill.

"Nobody thinks at 35 that they're going to need a colonoscopy, let alone the colonoscopy is going to find cancer," said Meredith Hamill.

Meredith is a paramedic and started to notice symptoms that led to a colonoscopy--a potentially lifesaving one--and now, surgery is scheduled for later this week.

"It's very surprising. I think we're all still a bit in shock."

Thankfully, Meredith's cancer was caught early enough, and she hopes her story can help others get themselves checked and potentially have a similar story, one that has a healthy future.

"Ready to do the next step, get it taken care of, get surgery done, and move on and back to work and on with life. I'll get to do that now because we caught it early," Meredith said.

Dr. Reynolds says the colonoscopy is the gold standard for colorectal cancer screening. It's a 20-minute exam that doctors say could potentially save your life.